Where the revolution is more likely to happen, in developed or nondeveloping countries?

There is no doubt that over the last couple of decades our movement has declined dramatically . Not only it is not achievable anymore, in fact it cannot maintain what had already achieved before. It is also very clear that Marx's theory is not the remedy for the current situation any longer. I believe it is extremely hard to expect that the revolution to take place in the advanced industrialized countries, at least not in the very near future.

Where the revolution is more likely to happen, in developed or non-developing
countries?

Opposite to the communists and other leftists, I understand revolution as a
socialist/anarchist one and its outcome is a classless and non-hierarchically
society.
Developing capitalism, reaching globalization, the fast increase in the number of
working class and apparent economic crisis that has often been mistaken for capitalist
crisis – it all makes old theories about revolution obsolete. It's not just that the
revolution has not happened. In fact, if the revolution in advanced industrialized
countries has not aborted, certainly it has been postponed for a long time.
Capitalism on its own managed to create many groups among leftists, socialists,
libertarians and feminists who are serving the system instead of fighting it. It also
managed to find gaps, places as a cheap market, using issues of nationalism, terrorism,
racism, fascism and religion to create different types of war between the human beings.
By doing this it has expanded and managed to renew itself. This has proved that
capitalism is not “digging a grave for itself” in fact it is digging it for us, and was able
to create a crisis often to make our movement weaker and weaker.
In addition, capitalism in very industrialized countries long time ago has managed to
defuse all the tools like strikes, demonstrations, protests that have been used by the
working class and the rest as the tools of struggle. These tactics in fact are now playing
in the hands of the system instead to be against it.
Previously I have written quite a lot about that, I'm therefore trying to avoid repeating
myself here and prefer to get straight to the subject.

There are a couple of views about the way revolution happens and its victory:

First: Revolution through vanguard party, the military coup or through the election of
parliamentary system. This means the revolution happens from the top of the society
and the outcome of either one is more or less the same. History proved that these
revolutions wherever they have happened has not just failed but in fact, brought
disasters and disappointment to people. They also proved that imposing the theory
over realities is wrong and brings catastrophe.

Second: preparation for happening revolution through self-organizing in radical
independent non-hierarchical groups, committees, assemblies in all realms: politics,
economic, culture, education, social and climate and ecology. Self-organizing in
factories, farms, public services, markets, schools, universities, and in other work place
is crucial. These groups in the beginning are working to achieve daily necessities and
empowering the role and independence of the individuals. Then to work on building a
movement on a local level, nationwide through the social networks and the people’s
assemblies in the neighborhoods, villages, cities and towns. They link together to
launch their activities through direct action by using direct democracy. After empowering themselves and establishing self-administration they can challenge the state and its entire administrations and getting closer to its main strategy.
In my opinion while we see the state as a main center of the entire power in the country,
in this case it is practical and sensible to have the same view to the most advanced
industrialized countries like US, Canada, Australia, Russia, Japan and the western
countries as a center for the world. This center with its financial institutions has an
enormous political and economical power over the rest of the world, especially the not
or less developed countries as they are main bases for them. In this case collapsing
this center with the theory “the revolution must be bottom up” should start from the
countries which are protecting and preserving the interests of the advanced
industrialized countries. This does not mean the demonstrations, protests, strikes,
occupations and riots do not happen in the industrialized countries. On the contrary,
while there has been exploitation, work slavery, inequality and no social justice, they
certainly caused the backslash. However, when people have no intention to organize
themselves, do not have a long-term plan, these tools of struggles are just temporary
ways to achieving the current goals – even if all these actions are for maintaining what
we have achieved previously. So these activities do not just achieve major changes; in
fact they bring disappointment for people.
What made this Center so strong is the existence of not or less developed countries
where they preserve the rich ground in providing cheap labors, cheap materials also
they are lucrative markets for them. When the political and economic dependency of
the Center to these countries and vice versa ends, in other words when the bases are
destroyed, then the top will collapse as well.
There are some social areas in less developed societies, which do not exist in
advanced industrialized countries, being rich soil for a revolution. These grounds are::

In these countries capitalism has not reached every corner of the individual’s life who
are living in a very good social relationship and their contacts are more human and less
on the basis of goods and materials. The State’s agencies designated to help and
support the poor or unemployed either do not exist or offer very little help. And also in
the situation of the natural and man-made disasters, in both cases, whole burden falls
on the shoulders of the people themselves and their communities. They help each
other morally, financially, collecting stuff and showing solidarity. In short, people in
those societies rely completely on themselves in the community rather than on the
government to fulfill their needs, when they face the disasters or in having happiness
times. In those countries there are still some simple bases of old community remained.
To certain extent still in some places these people are living and working collectively.
Their conversations are about politics and the problems are going on in their
communities and outside, are concerning them. In a society like this the contacts and
making relationships between individuals in their workplaces, in neighborhood, in
villages, in universities and other places are very easy. People there talk about their
daily needs; they debate and discuss the concerning issues, making decisions about
them. They trust one another so that it is easy for them to come together in doing the
common work, activities and can commit themselves to do so. Of course these can be
much easier for the people to organize themselves for different issues, making
decisions and delivering them. Certainly this is easier to be done in remote villages
than very big villages, in towns than the cities. The self-organization through building
local groups and people’s assemblies, make people working and living collectively in
convenient and more practical.
There are more positive points in addition to the above in the societies of those
countries while in an advanced industrialized countries it either does not exist or very
little.

The weak points of the capitalism

It is quite clear that achieving easy target and easy victory always happen from the
weakest point of the system. It is also clear the weakest point here are the none or
lesser industrialized countries and their communities because of the grounds that I
described above. While in these societies the majority of their people have not become
robot, their talks and conversation are still not about the latest fashions, models of the
different consuming, they have still remained human being. In these places effort and
preparation for building cooperatives, trying to live together, desiring to share their
social and economic necessities is easy. In such places the villages, the countryside
and the small towns are less dependent to big towns and free-market.
In those countries and their societies, if the people are ruling themselves, they are able
to obtain all the necessities of life, and also simple tools, means of agricultural and
ecological economy. If they cannot obtain some of their needs, they can get them
through exchanging process via social network or their assemblies. There is no doubt
to believe there are countries in the world where people remain poor, if the people rule
themselves. What made those countries and their society are poor is greedy rich and
elites, the state, corruption, the society structures that set up on the basis of class and
hierarchy and implementing polices and plan of neo-liberal economy.
The process of defeating the capitalism, the process of ending up the dependency of
one another is slow, long way but very solid. Its entire victory and expanding the
experiment rely on the international solidarity of libertarians and anti-authoritarians
and also happening the same process at least in a few countries.
Existing hierarchical and class society, inequality, injustice, poverty, war and more, have
left us with just a few options: sitting down and doing nothing, or waiting for the
vanguard party, the military coup, election (the biggest lie in history). This way is more
dangerous than the sitting back and doing nothing because most of the time intensify
the disasters. Or simply fighting back the system through building the independent
radical non-hierarchical local groups. These are the real basis and the real hope for the
future revolution. 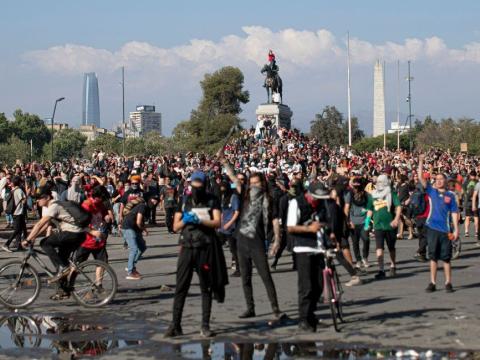 We must bury the traditional struggles to adopt new ones 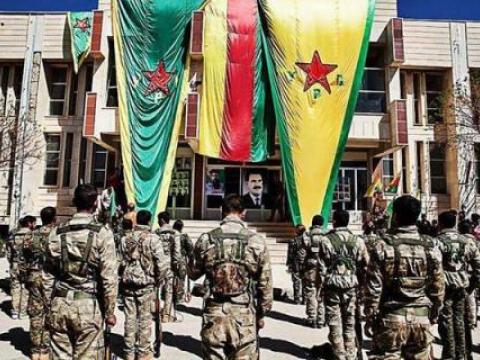 Our attitude towards Rojava must be critical solidarity

A Kurdish anarchist reflects critically on the Rojava revolution, its positive aspects and some… 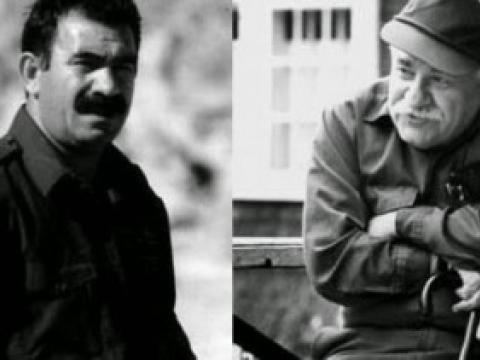 1988: Scenes from the Uprising - Noam Chomsky