Orion primarily recycles waste from construction sites. Trucks full of mixed rubble, plastic, wood and assorted debris come to the plant and unload into a massive central warehouse, at least 15 metres high. Inside the warehouse, the mountain of debris is gradually shifted by a digger onto a series of conveyor belts. Then, the recycling workers begin their work. The job itself is quite simple. 20 workers sort the material coming down the conveyor belt. There are different stations where workers pick out plastic, wood, iron, aluminium, glass, and so on.

Video from inside the plant is genuinely shocking. The air is so thick with dust that you can barely see more than a few meters. The noise is incredible. In the middle of this dangerous environment, workers did not have adequate personal protection: gloves, reinforced hats, ventilator masks. They only had one change of uniform, there were no showers, and the rat-infested toilets did not even have soap or toilet paper.

Workers would, on a daily basis, have serious cuts and sores on their hands. Brick dust would cause eye inflammation, exacerbate existing health conditions and cause serious respiratory problems in their lungs, throat, and nose. Workers complained that regularly during the working day they could not breathe. The speed of the line forced them to work so fast their arms would become inflamed due to serious muscle damage. Whenever workers complained, worked slowly, or asked for basic safety equipment, they were harassed and abused by the site manager.

But despite these brutal conditions, workers decided to fight. On Tuesday, a group of workers, mostly Peruvian migrants, got in touch with the United Voices of the World union. They had heard of the UVW through a friend and knew that it was a fighting union. By 4pm they were sitting in the UVW offices in a high rise office block above a bowling alley near Elephant and Castle roundabout, discussing what could be done to keep them safe.

At 9.30am on Wednesday morning, 15 workers confronted the site manager. They demanded immediate changes to working conditions to make the plant safe - or else they would walk off the job and begin a wildcat strike. The site manager told them to fuck off, grabbed one of the key organisers and tried to push him about, then threatened to sack them all. By 11am all 15 workers walked out into the rain. Within minutes, the conveyor belts had stopped, the plant was closed, and the boss was out in the yard, negotiating in broken Spanish. The transition from contacting the union to beginning strike action had taken 19 hours.

On the picket line, issues of safety were uppermost. The workers refused to return to work until they had gloves and full-face masks with ventilators. The law gives workers a right to stop work if their safety is at risk, so their strike could be conducted with a degree of security. They also demanded soap and toilet paper for their toilet, showers for after their shifts, and 4 sets of uniforms. The boss began to concede. The masks were ordered with next day delivery, no one would start work until they arrived, the union would be given the chance to approve them and the entire strike would be conducted on full pay. Toilet paper and soap were ordered next, then they were told a shower would be fitted within the month, and finally that 4 sets of uniform would arrive by the end of the week.

But before long, workers were listing other demands. They made the boss force the bullying site manager to apologise for grabbing a striker and trying to push them about earlier that morning. They demanded a pay rise to the London Living Wage and the introduction of sick pay above the statutory minimum. The boss tried to head them off: ‘we’re in the red, we can’t afford it’ and so on. But before long, he was saying he’d speak to the board, and would meet with the union next week to discuss further demands. Workers agreed to return to work as soon as basic personal protection equipment had been provided. In less than a day, the world had been turned upside down.

U.S. labour militant Stan Weir wrote about ‘informal work groups’, and how the social and technical connections between rank and file workers produced a scaffold for workplace organisation from below:

Then it occurred to me that, by and large, the radicals’ conception of the masses was a metaphysical one, an average, which didn’t exist except in our minds. Really, the mass was a conglomerate of millions of workers in their subcultures, and rarely were there issues which were real mass issues. One had to try to find common denominators but, even more than that, had to speak to the reality of the people’s lives as individuals and in their groups and in the subcultures, in each place of work.
[…]
The labour movement in this country has never done a thing with the whole primary work group concept. That’s where the muscle of the workers is and where the union’s strength should be. A workplace isn’t a collection of individuals so much as a collection of informal groups. Until you recognize that, you’re not really utilizing the power of people in the workplace.

At Orion, the enclosed conveyor-belt workplace created the technical conditions and the common migration status, language, and housing situations created the social conditions for collective self-organisation. That informal organisation, despite none of the workers ever having been members of trade unions before, was the basis for the wildcat strike and explains its speed and power. Together, they overcame their fear in order to turn the tables on the boss. Larger workplaces would require more complex combinations and mediations of informal work groups to achieve the same kind of action. This highlights that it is the job of militants to inquire into the already-existing networks between workers and how they enable moments of struggle, however indirect. The political goal of an inquiry-based project is the progressive combination of the actions of these isolated work groups into a larger strategy of refusal. To return to Stan Weir:

I began to see that to approach any situation like this with a whole set of preconceived slogans was way off the beam. One first had simply to learn what the subculture was so that one’s actions were understandable to everyone else, and not to violate what had been created. Because if you couldn’t understand the individuals and the groups that they formed, you certainly weren’t going to understand anything else.

This strike constitutes a serious extension of the United Voices of the World’s base into a new sector. There are now a set of new possibilities opening up around further organising recycling workers and developing industrial connections to construction workers like those who recently took action at Byrnes Brothers. But this extension of the union base has only become possible because of a particularly strong instance of rank and file activity and preexisting links to Latin American migrant workers as a result of successful strikes elsewhere. If the Orion strike is to signal a significant development in its local context, this strike will have to be the first of many.

The strike has continued today (29/3/18) as Orion management have failed to provide the necessary safety equipment required for the strikers to return to work.

You can listen to an audio report from the strike here.

That informal organisation, despite none of the workers ever having been members of trade unions before, was the basis for the wildcat strike and explains its speed and power. 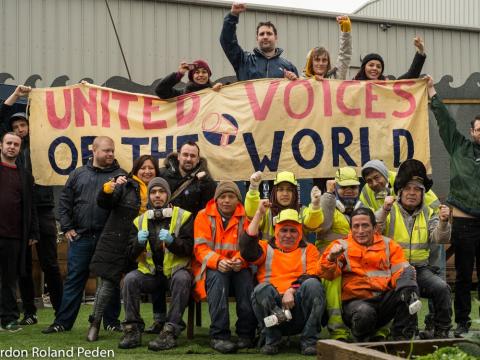 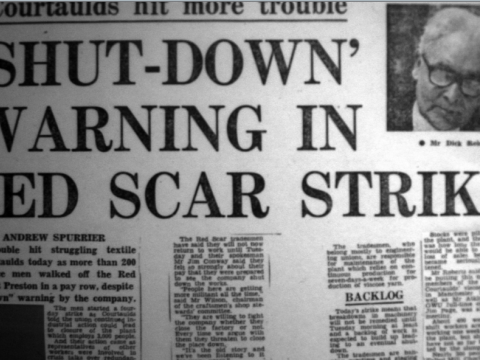