Ground Crew at Toronto and Montreal Airports have walked off the job in support of three colleagues who were suspended for heckling a government minister. The government respond by threatening to use the police to break up the strike.

Workers employed by Air Canada at Pearson International Airport have staged a wildcat strike in support of three suspended colleagues.

The strike started late on Thursday evening when three workers were suspended for heckling the Federal Labour Minister as she walked past them on her way to catch a flight. The Minister had earlier this month tabled ‘back to work’ legislation in order to prevent a strike by baggage handlers, cargo agents, and mechanics.

The Canadian Government is considering the use of law enforcement agencies to deal with strike.

"The government of Canada is opposed to this illegal strike action that is disrupting travel for Canadians. Law enforcement agencies have been contacted, and will be deployed if necessary," she said in a statement. She added that if the union's job action was later ruled by the Canada Industrial Relations Board to be an illegal strike, employees could face fines up to C$1,000 ($1,000) a day, and the union up to C$100,000 a day.”

The strike has caused severe disruption, and by 7am this morning more than 100 flights had been cancelled. Hundreds of workers arrived early this morning at the airport for a demonstration.

Ground crew working at Montreal have also walked off the job in solidarity with their colleagues in Toronto. True to form, the union that represents the workers are brown nosing the bosses and trying desperately to persuade workers to end their strike.

Air Canada baggage handlers and ground staff in Toronto began returning to their jobs this morning after the airline obtained an injunction to end a wildcat strike that has thrown the country's air transportation system into chaos.

Air Canada, which has been involved in bitter and continuing labour problems over the past year with its pilots, mechanics, flight attendants and now ground crews, suspended three workers at Toronto's Pearson Airport on Thursday evening, setting off a chain of events that led to the illegal action.

The workers had apparently applauded sarcastically as Labour Minister Lisa Raitt walked through the airport on Thursday evening.

The employees were suspended for 72 hours. The striking workers said Friday morning that's how long they'll keep up their protest...

...A spokeswoman for the airline, Isabelle Arthur, said Friday morning that an arbitrator had issued an injunction, bringing an end to the job action.

Another airline spokesman said the injunction from an independent arbitrator was agreed to by both sides.

Union officials said the two sides agreed that if everyone went back to work, no one would lose their jobs. Including the workers who reportedly "mocked" the labour minister. There will be no legal action.

The union also revealed a further 37 workers were fired for participating in the illegal strike. They will be reinstated as well.

Greater Toronto Airports Authority spokesman Scott Armstrong said the workers walked off the job shortly after 10 p.m. ET Thursday, and held a demonstration "on the curb" at Terminal One.

By Friday morning, more than 100 people had gathered outside the terminal, chanting, "Fire Lisa Raitt."

In Montreal, hundreds of baggage handlers and other Air Canada workers walked off the job Friday morning for several hours in a show of support for their colleagues in Toronto.

Thanks for the update, looks like a good result for the workers

Thanks for the write up WCSO.

This is the second time the govt. has used back to work legislation against Air Canada employees, they did the same thing last June, having declared that the airline was an essential service.
Incidentally, there was a lot of disruption to air travel at the weekend, mostly weather related but a significantly higher than normal number of Air Canada pilots called in sick that day too. 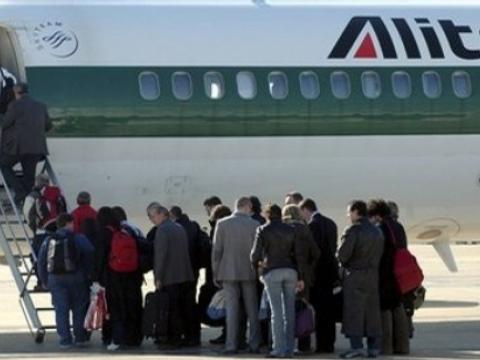 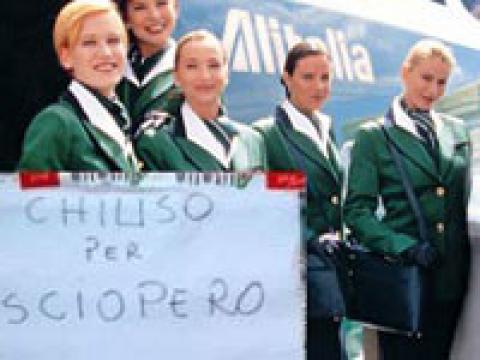 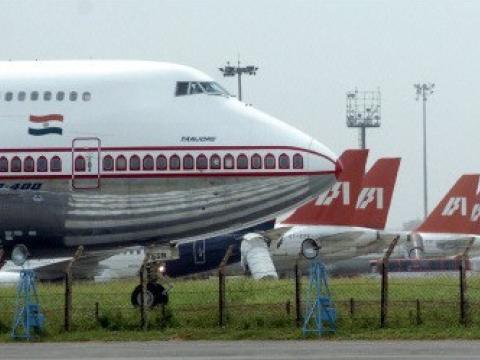 Tens of thousands had flights cancelled as workers at the Indian state-owned airline walked out over wages in arrears.