Text by Herman Schuurman, 'Werken is misdaad', published in 1924 by the Dutch group 'De Moker', when Schuurman was a young anarchist participant in that group. This text is remarkable for its time; it expresses disgust towards work without laying claim to leisure time. It is against schooling, long strikes, against the transition period [for communism] and advocates stealing and sabotage.

There are, in language, words and expressions that we must remove, because they designate concepts which constitute the disastrous and corrupting content of the capitalist system.

Firstly, the word to work [werken] and all the concepts in relations with this word – ‘workman’ or ‘worker’ [werkman of werker] – ‘time of work’ [werktijd] – ‘salary’ [werkloon] – ‘strike’ [werkstaking] – ‘unemployed worker’ [werkloos] – ‘idle’ [werkeloos].

This social system, capitalism is based on work; it has created a class of men who must work – and a class of men who do not work. Workers are compelled to work, otherwise they will die of hunger. “Whoever does not work shan’t eat” profess the owners, who pretend furthermore that calculating and protecting their profits, is also to work.

There is the unemployed and the idle. If the first are without work with no fault of their own, the second simply do not work. The idle are the exploiters, who live on the work of the workers, the unemployed are the workers who are not allowed to work, because no profit can be extracted. The wonders of the apparatus of production have fixed the time of work, have set up workshops and ordered to what and how workers must work. These only receive enough in order not to die of hunger and are hardly able to nourish their children during their first years. Then these children are instructed at school, just enough so that they can in turn go to work. The owners equally have their children educated so they can also be in charge of workers.

Work is the great curse. It produces men without spirit and without soul.

For the rich idlers, the work (of the workers) is the means of providing oneself with an easy life. For the workers themselves it is a burden of misery, a bad fate imposed from birth, whch prevents them to live decently.

When we will cease to work, then life will start for us.

Work is the enemy of life. A good worker is a beast of burden, with rough legs, with a moronic and lifeless glance.

When man will become conscious of life, he will never work again.

I will not pretend that one must simply leave one’s boss tomorrow and see later how you will gobble up without working, whilst being convinced that life starts. If one is compelled to be down and out, it is already quite unfortunate. This fact of not working results from then on, in most cases, to live at the expense of comrades who work. If you are capable of earning your living by pillaging and stealing – like the honest citizens say – without being exploited by a boss, well then, go for it; but do not think nevertheless that the great problem is resolved. Work is a social ill. This society is the enemy of life and it is only by destroying it, that all the societies of labour which will follow – that is to say by having revolution upon revolution – that work will disappear.

It is only then that life will come – the full and rich life – where everyone will be brought, by their pure instincts, to create. There, of his own movement, each man will be a creator and will produce exclusively what is beautiful and good; this is what is necessary. Then there will be no more worker-men, then each one will be man; and for vital human need, for internal necessity, each one will create in an inexhaustible manner that which, under all reasonable relations, cover vital needs. Then there will be but life – a grand life – pure and cosmic and the creative passions will be the greatest happiness of human life without constrant, a life where one will no longer be found either by hunger and neither by a salary, either by time or neither by the place, and where one will no longer be exploited by parasites.

Under the actual criminal social relations, it is not possible to create.

All work is criminal.

If we have well understood this, our life will mean something else. If we feel within ourselves this creative urge, it will be expressed by the destruction of this vile and criminal system. And if, by force of circumstances, we have to work in order not to die of hunger, one must through this work, contribute to the collapse of capitalism.

That is why we are going to consciously sabotage each capitalist enterprise. Each boss will bear losses by our act. There, where we, young in revolt, are forced to work, the raw materials, the machines and the products inevitably will be forced out of action. At any moment the cogs will go off in the gearing, the knives and the scissors will break, the most indispensable tools will disappear – and we will communicate our recipes and our means.

We want to create as free men, not work like slaves; for this reason we are going to destroy the system of slavery. Capitalism exists because of the work of workers; that is why we do not want to be workers and why we are going to sabotage work.

Bibliographical notes: Herman Schuurman (1897 – 1991), the author of the pamphlet ‘Work is a Crime’, was one of the co-founders of the Mokergroep (‘The Sledgehammer Group – a ‘moker’ also called ‘vuist’ [‘fist’] in working slang is a sort of small beetle) which rallied young proletarians who were keen about revolution, very freely organised around the newspaper De Moker which had as a subtitle Opruiend Blad Voor Jonge Arbeiders (Agitation Newspaper for Young Workers). The Mokergroep shook the workers’ and libertarian movement during more than four years, from the end of 1923 to the summer of 1928. The original title of Herman Schuurman’s text was Werken is Misdaad, de Orkaan (‘The Hurricane’). It was republished by Vitgeverij de Dolle Hond (‘Vitgeverij the Enraged Dog’) in Amsterdam in 1999.

Biographical notes: Other members of the ‘De Moker’ group included:

Anton Constandse (1899–1985), he founded the newspaper Alarm. Anarchistisch Maandblad. he was not allowed to work as a teacher because of his police record. When he saw anarchists as ministers in Republican Spain (which he thought was inevitable) he started to doubt the anarchist methods. He got into Wilhelm Reich and introduced his theories in Holland. He was taken as a hostage by the Nazis with a group of intellectuals, he remained interned during nearly all the war. After the war he became an essayist and journalist.

Jo de Haas (1897–1945), was the son of travelling comedians. At the age of fifteen he was ‘sold’ to the navy, from which he deserted in 1917. After ten months in prison, he rejoined the social anarchist youth and founded De Opstandeling (‘The Insurgent’). Very active and a good orator, he used to make propaganda tours on his bike all over the country. In the thirties he converted towards religious anarchism. He was executed by the nazis during the Second World War because of acts of resistance.

Jacob Knap (1903–1999) left the Mokergroep in September 1926. During the next ten years, he was active in the movement of Freethinkers. Translator, amongst other things, of the anti-war poems of the German Askar Kanehl, of which some were already published in De Moker. He also wrote a short biography of Fransisco Ferrer.

Klaas Blaw (1901–1924) was born into a poor family, in the little village of Wijnjeterp, in Friesland, where the anarchism of Domela Niewenhuis had a foothold. Klaas was this little intelligent and curious guy who had the privilege of having been able to study and become a teacher. But he had understood in the meantime that the existing social system was too hateful to make him take upon himself the responsibility of taming the children of workers according to the ‘norms and values’ compulsory of the epoch. The ‘deserter schoolmaster’ as he defined himself, refused also, of course, to do his national military service. In the course of the summer of 1924 whilst going to a conference during the anti-militarist international association in Wijnejet, he stopped at a friends, where he met with comrades, Herman Schuurman amongst others. There, he showed his new browning, which was not too current in that milieu. Then, by misfortune, the weapon went off and killed him on the spot. He was regarded in great esteem everywhere, and his comrades collected money in order to erect a monument on his tomb, a bas-relief in stone, representing a worker shattering his chains, his face turned towards the sun of a more promising future.

Extraordinary text, considering it was written in 1924.

When we will cease to work, then life will start for us 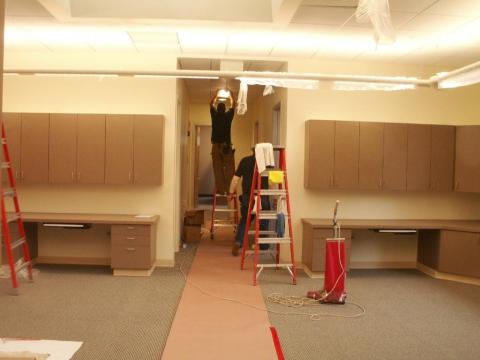 Text by US academic Harry Cleaver, showing why work is still central to today's society, and that a Marxist economic analysis is still relevant. 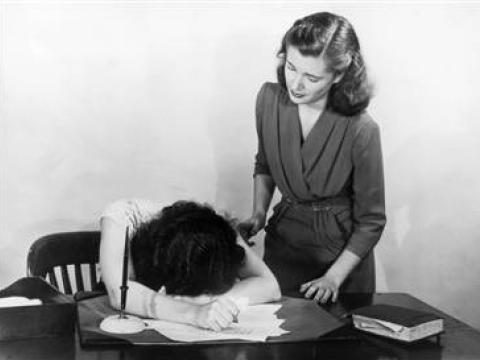 A struggling alcoholic teacher reminiscences about a life of mental hospitals, failed job interviews and the feeling of being out of step with… 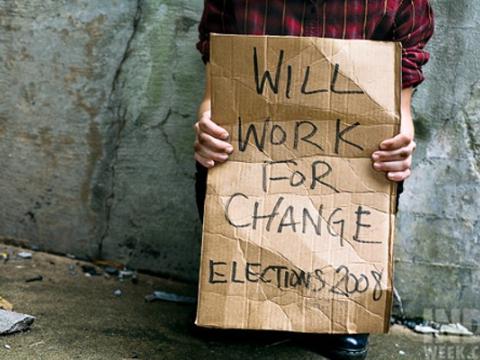 Meaningful work: an appeal to the young

An article about meaning in choosing employment. 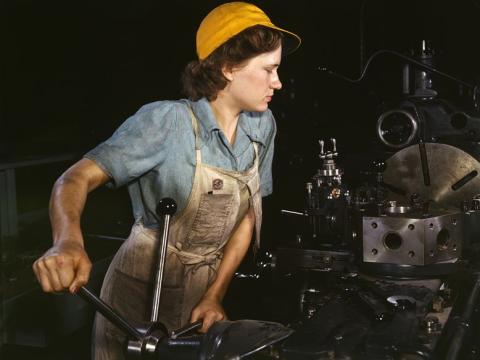 An extract from Marx's 1844 Economic and Philosophical Manuscripts on the process of alienation of the worker from their work.