The Working Class Should Not Fear Automation; It Should Embrace It

Automation technology has been used by capital to eliminate jobs and used as a threat against workers when demands for higher wages are discussed. But it can also be used by the working class, if done right, to make their lives better and balance the power with capital.

Every other week a article comes out explaining that the ratio of machines
replacing human jobs is expanding at accelerating rates and within the near
distance future society will suffer of high unemployment and huge swaths
of unskilled human labor will be rendered obsolete, the income gap will
increase to monstrous levels, and jobs would be a luxury to a privileged
and highly skilled minority. That might be the case if the capitalist class
was left to implement automation tools on its own without being disrupted,
but it doesn't need to be this way. Every engineering design has political
and social ramifications to it once implemented, technology in its current
condition is used by the business community to design machines that cut
the costs of human labor and avoid paying a human wage, threatening
workers to be replaced by machines if their wages increase, while also
prices of machines become cheaper every year, basically locking up the
working class in a losing battle. A militant class movement would use the
current condition as a leverage to gain demands. McDonald's has
threatened to automate a portion of its jobs as a result to The Fight For
15$, what can be done to ensure once the demands of 15$ for minimum
have been gained do not backfire on the poor, instead of McDonald's
installing automated kiosks and firing some workers, it can be forced to
increase the minimum wage, lower working hours for all, and replace the
shortage of labor with machines, essentially making workers work less
hours and make slightly more money.

For a 21 st century definition of the means of production
In Marxian economics, the ownership of the means of production exist in a
binary, it is either owned by private individuals under capitalism, or owned
by the workers who operate the means of production under socialism. That
has been the case for the entire 19 th and 20 th century, but a possibility for a
new third novel means of ownership could emerge, fully autonomous self-
owning machines. With the current trend of self driving cars, cars will not
be sold to private individuals, rather they will be used as service to
transport people when signaled by phone to move them from one place to
another. The question is, who will control the means of transportation in
this case, it will be either a government bureau owning all vehicles within
its jurisdiction, or the more likely case is a handful of coroprations such as Google and Tesla owning every car on the planet and deciding who does
and does not get to ride in their vehicles. What could be done to avoid the
dilemma of either full State or corporate control is to make the already
self-driving vehicle self-owned, by declaring self-ownership it could be
programmed to a list of tasks to generate income, save some for
maintenance, and invest the rest in manufacturing newer cars, also it could
be programmed to do social work as well, such as converting to a sleeping
pod for the homeless when not working. While sounding like a science
fiction novel and far fetched, it is a fact that as of today gas stations are
fully automated and can function for weeks without involving a single
human and can be self-owned. What is lacking is not technological
advances, but the legal framework for autonomous machines to self-
ownership in which transparency is ensured so that members of the public
can audit and verify the economic transactions to make sure theft is not
being committed by nefarious parties dealing with the autonomous entities,
and of course the lack of will for the capitalist class to freely give away its
wealth to community serving robots.

To abolish work itself
Socialist literature has long revolved around workerism, while work has
been an integral and the most important part of class struggle, it seems to
be forgotten that the word 'communism' has commune in it not factory. By
rendering work obsolete and ensuring the material comfort is still
maintained, people will be freed to do what they desire and not force
themselves into an endless grind of work wasting the biggest part of their
energy. It will be possible to look beyond the one dimensional lens of
workerism and to live a more fulfilling life. For example, the trucking
industry is the one of the first industries that will be automated with self-
driving trucks and will end one of the last few jobs with decent pay for
working class individuals. Instead of waiting for their employment
contracts to end and get replaced by driving drones, a class conscience
union would work to take over the the automated industry since they have
a monopoly over labor, thus having vital role in the transition period. By
pushing for automation, it will be possible to retire the truckers early and
sustain their pensions from the self-driving truck's profits.

The working class should see automation as liberating force, with it much
can be gained, from universal basic income, to the four hour work day, tobetter working conditions in the workforce. But leaving automation to be
the work of the capitalist class could turn their lives into a dystopian work
science fiction. It is all up the working class to have the future they work
for.

Asem has obviously given some thought to all these issues.There are many regular libcom posters who would of course agree that a genuine militant working class movement could do much more, more inventively, to resist some of the attacks of the employers using automation to cut back on our wages and working conditions and equally that there is potential in the use of automation for human benefit in a libertarian communist society, but this text doesn't really get to grips with the realities of how the capitalist economy and capitalist state functions in practice.
The suggestion put forward at the end of the first paragraph would still involve the employers in a massive profit loss that would be resisted as much as any struggle seeking wage increases and militant resistance to the introduction of automated systems. The second paragraph suggests the novel legal idea of 'self-ownership'?requiring a capitalist state to reform it's whole system of private ownership to no benefit to the employing class (if not the legal profession!). The last paragraph suggests union ownership of industry on behalf of it's workers but these would still have to operate within the framework of the capitalist competitive system and ignores anyway the reality of the trade unions today that operate as a subordinate management apparatus of capitalism. Take a look for instance at the role of the UAW in the USA in this respect.
Bottom line is that a genuine international militant working class struggle could do much more to defend itself even within global capitalism but it cannot resolve the inherent crisis ridden, anti-human functioning of capitalism without abolishing the whole framework of the capitalist economy and the supporting state structures.
Asem should take a bit more time to read some of the many other useful library texts and discussions on this site examining in more detail the relationship between automation and class struggle within capitalism (including the limitation of reforms such as those for a 'basic minimum citizens income') that have a better grasp of the realities.
Maybe others with more patience than me might also add to my rather brief remarks here.

Didn't mean to bump this, was deleting old post. I'm actually not sure if the author intended this as a joke or something. Fully autonomous "self-owning" machines that convert into sleeping pods for the homeless when they're not busy generating income...? 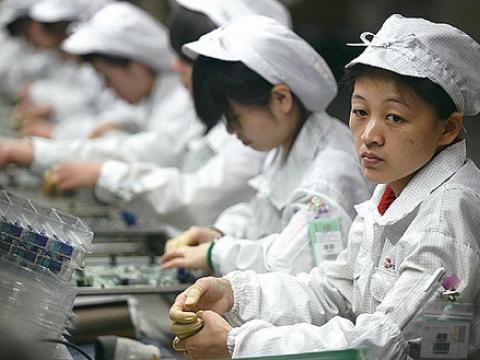 Shane Mason, a games industry worker and SolFed member, writes about the horrific working conditions of those at the other end of his industry's… 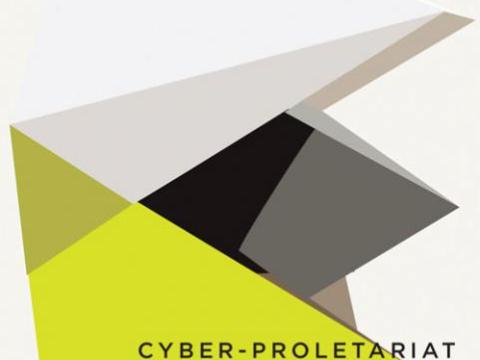 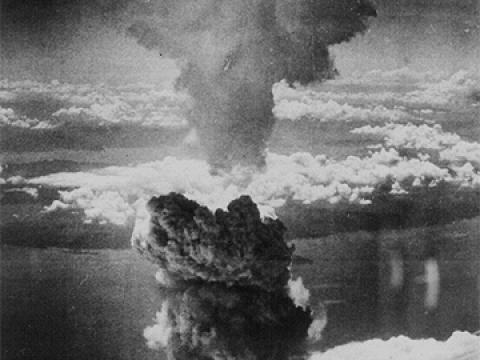 Revolt of the scientists - Pannekoek

Pannekoek considers the possibility of resistance to the threat of Cold War annihilation in the then-dawning "Atomic Age". (From "RETORT", Vol. 4…