This weeks pick is an investigation into the exploitation of vulnerable Indian devotees and naive Westerners in southern India by so-called "swamis" or god-men".

Other picks examine the exorbitant recent increase in energy charges in the UK, the phenomenon of polygamy in parts of the US, and the role played by religious belief and doctrine in the shaping of the American political system.

Monday 20 October - 8 - 9pm - Channel 4 - Dispatches: The Truth about Your Energy Bill
Energy bills have risen this year already by an average of 35%, thus plunging thousands more households into fuel poverty. This edition examines the claims of suppliers that they have to pass on increased costs to consumers and also interviews consumers struggling to pay these massive bills.

Tuesday 21 October - 10 - 11.05pm - Channel 4 - Dawn Porter: the Polygamist's Wife
In this final edition of a short series in which Dawn Porter investigates some of the unconventional ways in which women engage in relationships with men, she flys to the US to meet and interview women who are "married" to a man who also has other "wives".

Pick of the Week :rb:
Friday 24 October - 7.35 - 8pm - Channel 4 - Unreported World - 2/10 - India: God's Own Country
Reporter Jenny Kleemans reports here from Kerala, a popular tourist destination in southern India, where thousands of pilgrims seek "salvation" from an ever-escalating number of "gurus" that inhabit the region. These "swamis" are seen as living gods and referred to as "god-men" and their numbers are staggering - 3000 in the centre of Kerala alone. Kleeman attempts to investigate the many allegations of sexual abuse and financial fraud aimed at the "swamis" but of course has difficulty in making any of these charges stick, owing to the amount of protection afforded these "god-men" both by the cynical few who also profit from the scam and, sadly, by the devout majority who, desperate to feel strengthened as they are in a vulnerable position, do not have the awareness or courage to see what is in front of them, and being done to them and to their companions. Thus they can be attacking of those who are trying to help them to find true strength from within without having to "borrow" the illusion of strength and power from a corrupt other who will one day destroy them and even ultimately, their own inner circle in their lust for power and cycle of innate destruction and ultimate self-destruction and annihilation.

Friday 24 October - 9 - 10pm - BBC2 - The American Future, a History - 3/4 - American Fervour
In this episode, Simon Schama explores the nation's faith and uncovers how the search for religious "freedom" was pivotal to America's origins; he also examines Obama's use of his religious beliefs in order to strengthen his bid for the White House. This is slightly unusual in that traditionally the Republicans have billed themselves as "the party of God" yet McCain has been quoted as referring to evangelicals as "agents of intolerance".

Journalists at the Johnston Press Group are to be balloted again on industrial action after their management used a technicality to block a strike on May 19 by the NUJ.
Image 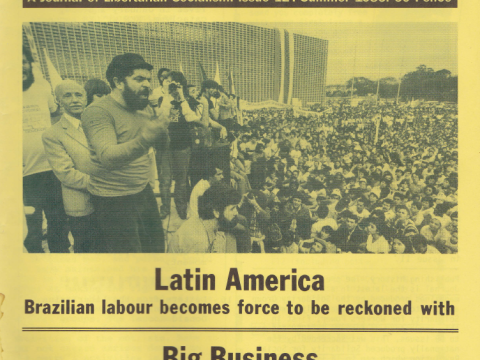 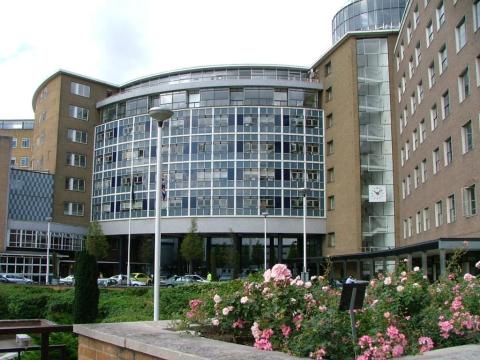 BBC staff members have voted in favour of strike action in a dispute over pensions. Bectu and the National Union of Journalists said more than…
Image 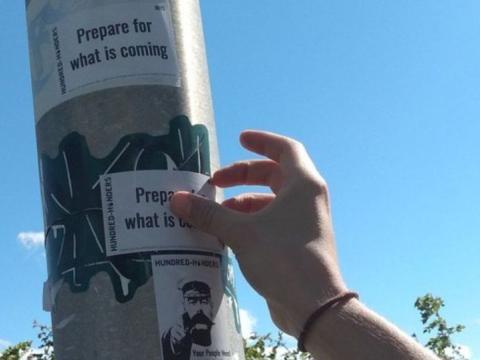 Sticking with it: razorblades and anti-fascist folklore - F. Bear

Gwent Police have been instructing people not to remove offensive stickers. They want people to…