CNT and the new labour law reform in France

An article from CNT-F about the 2008 French labor law reforms.

As the law of labour unions is being reformed it is worthwhile to take a closer look at the whole concept of "representativity" . What is it? What does it mean? Will the way we debate and live inside or workplaces change? Presently, the government wants to redefine which unions may live inside enterprises and which may not. The CNT thinks that the workers themselves should make that decision. But repression forces us to take legal questions into account. If we did not, "organized worker" would soon become a synonym for "out of work".

This reform is also a key to understanding the new social order that the government wishes to impose. Will the new order within enterprises be the precursor of a new order in the French Republic? Sure. This republic, built on indirect democracy is no more than a camouflaged dictatorship. What about revolutionary ideas? The government prefers to muzzle those who think about the fundamental problems.

BEFORE THE REFORM
The right for unions to openly organize job branches in work places was won in May 68. This is vital for the CNT. Under the law, the shop steward , who has the right to negotiate, is chosen by the rank and file and may be recalled, something which, ironically, is just right for an anarcho-syndicalist organisation like the CNT. Getting representativity within the legal framework does not necessarily mean becoming tangled up in a web of compromises and loosing our fighting spirit. This why bosses, and yellow unions, have often sought injunctions against our shop stewards.

Until now the CFDT , CFTC , CGT , CGC and FO have benefitted from a presumption of representativity which meant that they could have a shop steward if they had one member in the shop. The CNT and other unions had to prove that they fulfilled a number of criteria whenever their representativity was challenged. These included how many members it has, that it is independence, total dues collected, its experience as a union, to what extent it resisted the Nazi occupiers, and the percentage of votes won in staff elections. This last criterion will become central after the reform.

AFTER THE REFORM : A NEW FRAMEWORK
The government of Chirac-Villepin and its Sarkozist successor began overturning the old system by negotiating with the established unions. Each of them pushed for its favourite and most favourable option. SUD wanted to emphasize scores obtained in professional elections held in the public sector and for the conciliation committees . FO wanted to concentrate on the elections to the social security committees. CFTC stood up for dues and the general level of union activity. ? What really happened was that CFDT and CGT got together with MEDEF and CGPME to write up a joint position paper which pretty much became the new law.

The new criteria are; respect for republican values, financial transparency, two years of presence in the industry and region in question, electoral scores, level of activity and experience, number of members and total dues collected.

"Respect for republican values" is ambiguous. In the draft it was a philosophical respect for liberty and tolerance. If that phrase is taken to mean respect for the current social order the CNT will no longer be able function as legal union in France. It will the up to the judges how they interpret the law.

"Financial transparency" will oblige CNT member unions to keep their accounts straight and to vote on them at each annual general assembly. "Electoral scores" are the key criteria in the reformed legislation. After fulfilling the other criteria a union must get 10% of the vote in the Works Council or the Shop Steward elections. It also needs to get an average score of 8% per industry and be "territorially balanced". At the multi professional level, a union will need 8% of the vote in all work places and it must be representative in manufacturing, construction, retail and services.

For representativity in the workplace, the shop steward must get 10% in the first round of voting. This will limit the union’s autonomy by pretty much forcing it to field the most popular candidates that it can find, regardless of qualifications and commitment. Negotiation rules have also changed. A union contract must be signed by unions representing at least 30% of the vote and it must not be opposed by those holding more than 50% if it is to stand up in court.

The biggest change is the new emphasis on staff election scores. The second most important modification is a new mandate called "job section representative" . This opens up the opportunity for two people to start a new job section provided that they fulfil the criteria of two years of presence in the industry and region as well as respect for republican values. The legally protected job section representative can then distribute literature and put up posters, but s/he cannot negotiate with the boss. At the next staff election the representative either wins a mandate, or s/he cannot be re-nominated by the union until six months before the next elections which are held another four years later.

A NEW ERA IN UNIONISM
The old club of the five representative unions will be gone in five years time and technically, all unions will have equal opportunities, although some will be more equal than others when it comes to repression.

We could speculate about the wheeling and dealing that will take place. UNSA is already making noises about allying itself with the CGC. Predictably, CFDT and CGT will seek to dominate the smaller unions. We could also criticize the attitude of unions who consent to have the government stick its nose in their accounts, tell them who is and who is not representative and even impose limitations on whom they can nominate as shop steward. The reform is silent when it comes to the accounts and the representativity of business associations.

There is reason to worry when the government makes rules governing organisations that resist it and that it often bashes over the head. Above all else, this reform is designed to make over union bureaucracies so that they will look more legitimate as they sign away workers’ rights and pay. They want to avoid the surprises they had in 1996 and 2006 by domesticating a class of professional union bureaucrats, cut off from the rank and file, while lulling the masses into sleep by giving them the illusion that their interests are in the good hands. They hope that those who wake up and discover that they have been ripped off will turn away from the whole union movement in disgust.

In summary; by basing representativity on election scores, they hope to make French workers as passive as the remaining 60 million French whose political activism is limited to a quarter of an hour every five years when they vote.

This is a trap for the union movement. But it doesn’t really matter what kind of institutions are put in place to keep the exploited in their places. They can only become a political force by taking action through their independent organisations. The CNT cannot afford to ignore the legal framework. It must look out for the opportunities and risks that effect its further development while remaining focussed on its fundamentals; direct action, autonomous struggle against the government, the bosses and all bureaucracies.

After fulfilling the other criteria a union must get 10% of the vote in the Works Council or the Shop Steward elections. It also needs to get an average score of 8% per industry and be "territorially balanced". At the multi professional level, a union will need 8% of the vote in all work places and it must be representative in manufacturing, construction, retail and services.

Sorry, can you please clairfy some things here?

Is this a change in the threshold for the fucking Works Council elections to be representative and what are the other criteria?

Also, are there any moves to boycott Works Councils and work council elections?

Can you also explain in more detail what exactly "representability" entitles a union to on the different levels in France? Does this simply mean that the bosses will not negotiate with "non-representative" unions? Or is there something more?

In order for a union to take part in official negotiations it must be a representative union, ie officially recognised. Currently there are rules on it, but the old big five unions basically have automatic status.
It's been claimed that this is unfair because other unions are big (mainly Unsa and SUD) but not always represented. It's basically designed to squeeze smaller unions out of negotiating processes so that big unions and big business can tie up deals more easily.
I'm workig from memory here so I might not be 100% accurate.

Thanks - this much I knew. :-) What I wanted to know is about this 10% - if this was a change in the threshold because Jeremie wrote that

The new criteria are ; respect for republican values, financial transparency, two years of presence in the industry and region in question, electoral scores, level of activity and experience, number of members and total dues collected.

so, I wanted to clarify what the change in the scores actually is.

There are rules about "representative" status here as well which of course are designed to pressure smaller unions.

I am not 100% up on the rules on Works Councils in France, just the basics. Am would be interested in more accurate and detailed information about funding of unions through work council activities, which seems a bit like a sure recipe for collaborationism. As I understand, the unions get money from both the employers and the state and this part of their income is much more significant than members dues. So who are professional unionists on work councils really working for?

Does it matter if the thresholds are 5% or 10% when the whole system is crap. For sure the union giants will do nothing to fight against this system because the parasites live of it. Is anything at all being done against the work councils?

So, the state is making it harder and harder to be "representative". Any surprises? But we aren't asking the state to lower the thresholds so that we can participate in and get funded by the works counciis - are we?

Does it matter if the thresholds are 5% or 10% when the whole system is crap. For sure the union giants will do nothing to fight against this system because the parasites live of it. Is anything at all being done against the work councils?

So, the state is making it harder and harder to be "representative". Any surprises? But we aren't asking the state to lower the thresholds so that we can participate in and get funded by the works counciis - are we?

I agree, I'm not sure what they're up to. As far as I know they are against works councils.

This is the french CNT which is not a section of the IWA. The CNT split mainly over the issue of participation in works councils.

Actually, I think jef is correct, and the CNT-F does reject participating in the works councils. They do take part in other workplace elections in order to fulfil the criterias for “representativity”.

I'm not sure on the specifics of what the benefits are with being "representive", but I belive it gives you some legal protection for participating in union activities.

PS: I just noticed that this thread was from 2008. I'm not sure why it showed up on the "resent posts"-page... 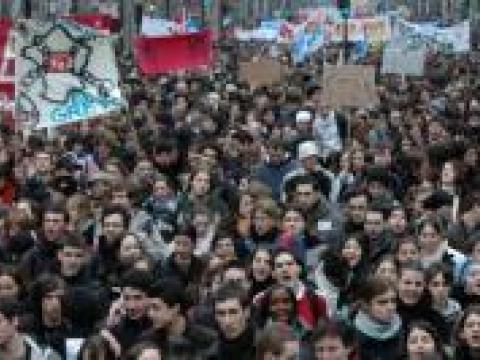 Statement from the anarcho-syndicalist organisation CNT-France in support of 8 arrest in an anti-CPE occupation.
Image 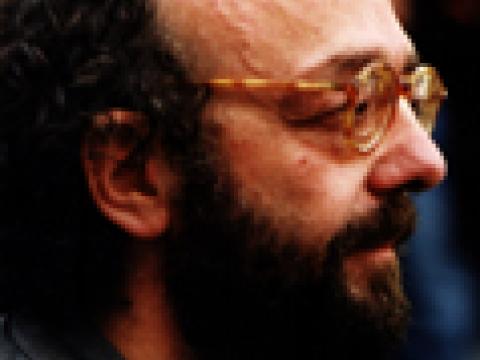 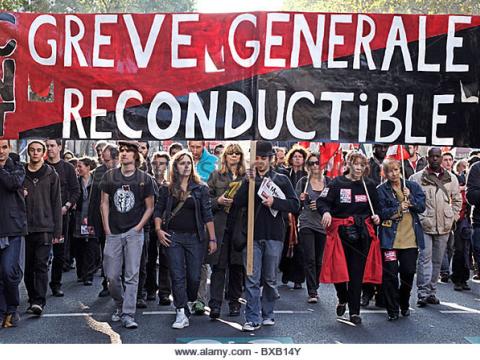