War
As the bombs fall on Afghanistan, we are told there are only two sides: the side of Western civilisation vs. terrorism, or the side of faith vs. infidels. But we refuse to take sides with those who pose such false oppositions. Our perspective is proletarian; the only side we take is that of the working class and the dispossessed of the world.

Those who attacked the WTC and the Pentagon killed thousands; the states that bombed Baghdad and Belgrade killed hundreds of thousands, and have been doing it all over the world, from World War I to Hiroshima to Vietnam and to all massacres of the past decade. This is normal. Nation-states and would-be states fight each other for control of the world's resources and to exploit us as a resource. In this light, the efforts by a dissident faction of the ruling class in Islamic countries to push for an independent course and the US government's response is no surprise. And to oppose the latest round of war, we need to oppose the root of it - CAPITALISM.

Peace
Capitalism is built upon terror, and kills thousands every day. Death by starvation, lack of shelter or healthcare, by poisoning of the air and water, by hopelessness, alienation and drudgery. Terror is still terror whether it is fear of lack of money or food, or fear of bombs or airplanes falling. The military, work, police, the judicial system, and prisons are all manifestations of capital and the states' everyday reign of terror upon working class and excluded people. That is what capitalist peace means - terror and death by other means.

The tired old formulas of anti-imperialism, or even worse, anti-Americanism, do nothing to change this. In response to world capitalism, we need a world-wide resistance that goes beyond borders and nations. Global capitalism does not reside in the nastiness of one nation such as ole great Satan USA, but grows from networks of exploitation throughout the world. The stooges turned anti-imperialists such as multi-millionaire bin Laden and Saddam Hussein are still exploiters. The competition between big rackets like the US and UK governments, and little rackets like bin Laden's al-Qaida network is just another expression of capitalist competition. We are not about to back the little racket against the big one. The only difference between them is in how they aim to subjugate the working class.

Who is doing the dying?
Just as it will be the poorest Afghanis, those who cannot escape the cities, who are dying most from American bombs, the victims of September 11th were mostly working class. In the words of the French group Mouvement Communiste: "the World Trade Center towers were nothing other than giant vertical factories where not only thousands of white-collar employees were exploited but also thousands of cleaning, maintenance, and catering workers. In those huge 'rabbit warrens' there were also a large number of immigrants without papers of various nationalities (Albanians, Colombians, Bengalis, etc.) and religions, including many Muslims. Those legally not existing during their lives are today equally non-existent in their deaths." Indeed the bombings are used as an excuse for further calls to close and control borders, and immigrants are targets for heightened racism. In the US an unprecedented national unity has been spawned, at a time when a new administration faced a deepening crisis and recession. Far from being a blow to the American empire, the attacks in the States were really a gift to Bush and to ruling classes throughout the world in their clampdown against growing movements that are threatening them. Repressive anti-terrorist laws are being ushered in where terrorism is defined as acts "with the aim of seriously altering or destroying the political, economic, or social structure."

For Women?
The government and media are now full of more good reasons to go to war, ones that decent progressive people should approve! Blair's recent pronouncements have pointed to the treatment of women by the Taliban as yet another justification for military action. So the Western powers will go in with their guns blazing to rescue the poor women. Such chivalry! But it was America's CIA and Britain's MI6 who trained and funded the misogynist forces in both Northern Alliance and Taliban. The hypocrisy is extreme. In Afghanistan women organise underground resistance to their treatment and do not find being bombed helpful.

Religion - that old bastard
Meanwhile, Bush's campaign had been supported by a Christian right with an anti-abortion and anti-women agenda, and Blair uses a disgusting Christian moralism as part of his ideology. All religions whatever comfort they give, are reactionary. Be they Muslim, Christian or Jewish they have a common element in the subjugation of women and the exalting of the patriarchal family. In a war that has already been cast in religious terms by both sides, the position of women has suddenly become a pawn for politicians. The reality is that the capitalist order only wishes to find more ways to exploit women.

Class Unity against National Unity
This war is already being used to force us into a poorer, more regimented existence. On all sides there are calls for unity. In Islamic countries the false Muslim community of umma is proposed against the proletarian perspective that recent Iranian workers in revolt in Sabzehvar suggested: Death to God! Here in the UK we are told that now is not the time to resist privatisation and cuts in social spending, or to go to on strike. London tube workers are being stitched up by the trade unions, media and bosses to stop them striking. However, in fighting for themselves, for their own interests against the national interest, any one group of workers propose the answer to the proletariat in all countries: REAL unity, proletarians against capital, the affirmation of life against death.

Because we are facing war and the prospect of a global conflagration that could claim the lives of millions, it is even more urgent not to abandon an anti-capitalist perspective. We need to escalate the class struggle. In the community of struggle built through strikes, specific actions against the war effort and other forms of struggle, we can start to create the kind of world that will finish forever the cycle of capitalist war and peace.

Taken from the No War But The Class War website.

Leaflet from 2002, looking at the Palestinian and Afghan conflicts through the lens of the changing development of capitalism in those regions.

Against war and capitalism - No War But The Class War

Leaflet from November 2001 analysing the movement against the war in Afghanistan. 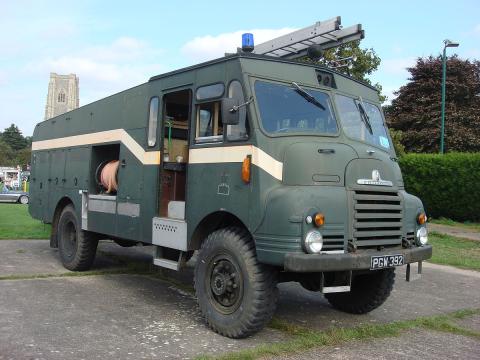