In the last newsletter we published an article on the plan to close down the Bosch-Siemens household appliances factory in Berlin/Germany. This is an update from Wildcat #75, Winter 2005/06: A conversation with a worker from that factory.

"Now They Call Us Heroes Everywhere!"

Last time we talked, I said: "If the negotiations end without result, it would be the best thing that could possibly happen to you: then you’ll have the same conditions for the next year and a half and you won’t have to work your ass off... you can call in sick now and then."
That’s what we do now! (Laughs)

At that time, Bosch-Siemens wanted to close the factory and your assessment was that they wouldn’t negotiate over it. Now, everything's turned out different...
We formed a bargaining committee and drew up a list of demands: three month's severance pay, two years work in a rescue company,1 full pay for any worker over 50 years old until they retire, and 700 Euros payment per child... In all, our demands added up to 140 million Euros (140 Millionen). The works council started negotiating with this list. At the end they couldn’t reach an agreement. Saturday morning the negotiations failed. They decided to meet on Monday for the last time, at that point the works council said: Monday morning we're announcing our bargaining demands, Wednesday we're going to hold an assembly with the strike ballot, and Thursday we will go on strike. Monday morning the site manager announced that the factory would stay open. This was a shock for the workers! (Laughs) "Really!? " "Here it is on paper." Since then it’s been pretty normal, but no one knows for how long. It's just like nothing happened. Management had said: "We're not going to leave the plant like it is, we need to have the books in the black!" But they didn't do anything.

Why were they so afraid of a strike?
I think they had prepared for the strike and had stocked up on Premium washing machines – we can’t control how many of them sell. But we knew that they had a higher production of units for the factory in Nauen (the factory delivers units to Nauen, Germany and Lodz, Poland). I don’t think that we could have hurt them with a two or three week strike! Instead, I think there was political pressure: for one, it was during the election campaign and two, many companies are having the same conflict and we could have become an example for other workers... It's not like the bosses of Bosch-Siemens decide on their own! For example the bosses of Bosch and Siemens got involved. Finally, our demands were pretty expensive compared to the costs other factories are closed with: 140 million Euros for 700 people. They were willing to pay two months wages, but wanted to put only one month down on the social plan and declare the second month a bonus. They're afraid this would set an example for other plants! Because in the next two or three years other sites are threatened: now the production runs in Poland (dryers and dish washers), and in Turkey they want to set-up a line for another dish washer, so soon Dillingen will be closed. Then they are opening the refrigerator factory in Russia and so Giengen is threatened...

The situation, as you explain it in many ways addresses the company's concerns, which is to cut jobs: Telekom, Allianz, Daimler Chrysler and so on: they have a lot of money, but they've been in the red for years with what they call their "operative business." A struggle like yours could set an example others would follow: "let them cut jobs, we want big compensation payments that will last until we retire."
We were strong-willed, everything was ripe. Almost everybody participated in the actions. I think this was crucial. In addition, we had an action at the front gate and for the first time in the history of Siemensstadt (the section of Berlin where this factory is located), workers at other Siemens plants came over to the gate. Also, for the first time, we went together to the headquarters in Munich and workers from all other Siemens plants came too. We could have been an example! For Bosch-Siemens it's cheaper to let the factory run for another two, three years and run-up a 10 million deficit. But they save on the benefits: everybody who leaves now doesn’t get a job at a rescue company and so on, so the company saves money... The most active workers are leaving now.

And if they decide in the summer to close at the end of 2006, they might be hoping that you won't be able to mobilize massively like you did this time...
There is also a difference in the media coverage! It makes a difference if they close a factory or just lay off 300 people.

What's it like now in the factory?
During the struggle the quality of the washing machines we made was very high, it hasn’t been that high in a long time! The number of staff out sick was never that low; maybe it was because everybody was curious. And there wasn't any sabotage or anything like that. After it was clear the plant wasn't shutting, the number of blue-collar workers calling in sick rose to 17-18 percent and that’s where it remains. Temp workers had to be hired again. And they can’t motivate people anymore. The workers say: fuck it, sooner or later they're going to close down anyway. Many thought they'd get the three month severance, that would have been more money than they'd see in their whole life. Few workers were happy that the plant isn't closing! Management has now started acting against the sick workers, with meetings at human resources, where workers calling out sick get threatened with lay-offs. They're using the doctors at the health-insurance plan to monitor if a worker is truly sick... But people are fed up with this work, almost everybody has worked here for 18-20 years, they're really fed up with the assembly line! They’re pissed-off.

That’s a strange standoff: the company can’t hire new workers either!
Yes, and if they don’t find enough volunteers who want to quit and who can be fired according to the social plan, then we'll be a plant where everybody on the line will be over 50 years old. Now, the average age in production is already 47. Recently we found out that everybody younger than 40 has some sort of protection: as back up members of the works council or something else (Laughs). In addition there are Siemens work rules which state that after 25 years of seniority workers can’t be fired by operational lay-offs unless they're given a job at a rescue company, retraining, and other benefits. That’s roughly 300 people, these people have to be shifted to different departments if they close the plant. During negotiations, the works council said they wouldn't negotiate over those 300! I guess this was another point, which weakened them: this problem exists in many Siemens-factories and they don’t want that shouted from the rooftops.
And now we're called heroes everywhere! Samsung workers invited us; they want us to explain how to obtain jobs. Yes, really! (Laughs) "The struggle was worthwhile"... I wouldn’t say that, but it wasn't bad! Politically you can say: we fought and turned back a company’s decision, okay! This gave people courage which was needed in fighting against the closure. Now negotiations with the works council are starting. Mid October, Gutberlet (boss of Bosch/Siemens) gave an interview in a daily newspaper under the headline "Hope for plant in Berlin" in which he claimed to be negotiating over working hours, year end benefits (Christmas benefits) and midterm benefits (vacations benefits)...
The works council wants job protection for five years, so they are willing to talk about "everything." But in my opinion, extending people's working hours isn't possible. And wage cuts, hell no! People understand that the less money they earn now, the less compensation and unemployment money they will get later. The works council’s hands are tied. I guess, the IG Metal (union) would sign anything to keep the plant in Berlin. But they wouldn't convince the workers.

"We wanted to make history" - Wildcat

Account of the 2006 strike at Bosch-Siemens Washing Machine Factory (BSH) in Berlin, Germany and interview with two strikers. 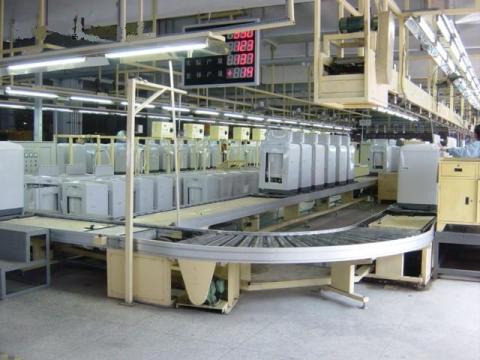 As a large washing machine factory in Berlin closes down, Wildcat examine the history of the plant,… 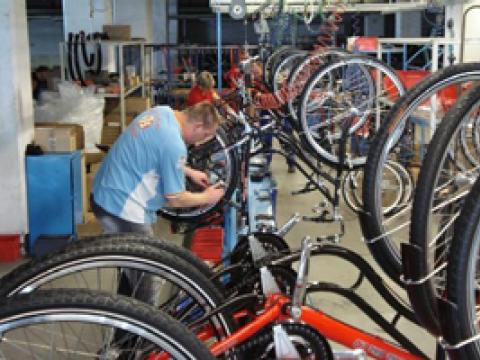