I just got back from Amsterdam last night after a week there. I haven't had time to read the large amount of posts on the EU rot op, so this will repeat much info. But I thought you might like a quick first hand report.

Much of Amsterdam was sealed off for security reasones. When anarchists/autonomists tried to march to the Nederlands Bank where the conference was, clashes with police started. These continued on & off for the rest of the march. I saw a bank trashed and a police van turned over only 100 metres from a large police station.

After the main demo, there was a small sit-down protest outside the station in support of the detained Italians. About 300 maybe, mostly Italians, but also British, French, Australians and no doubt many others. When the cops strarted to get heavy the protest organised a 'cordeoni' (excuse my italian) and marched as a compact group down to the DAM where the rest of the protestors were.

In the evening an autonomist demo went from the Vrankrijk (legalized ex-squat bar) to the police station to protest the arrests. Many people were masked and windows were broken cars damaged (A-signs on the bonnets!) and the riot cops were attacked. We were chased through the streets and many arrested.

Sunday
Reclaim the Streets party at midday. Went on a long march with 4 sound-systems. Along the way there was some discrete proletarian shopping from a closed pizza restaurant. This was only 30 metres from a half dozen cops, but they failed to notice. The street party eneded up at a squatted factory (a bit of a shame, and not really reclaiming the streets).

The so-called Sex Riot, in support of arrested SM people in Britain (Spanner case), was total crap, just a couple of people being interviewed by about a dozen film crews, with dozens of other people just hanging around disapointed.

In the evening the cops attacked the people around Vrankrijk, with many arrests.

Monday
Demonstration at Asylum/Refugee Prison in Holendrecht, many kilometres from the centre of Amsterdam. 200 went on bikes together, others of us went by tube. Obviously, it would have been a very bad place for a fight with the cops, so things were kept peaceful, but imaginitive. There were 3 'medieval' seige engines (one made from scaffolding and cable-drums). Throwing tennis balls with messages on them into the prison, banners held up with ballons, kites, music, noise. "At the limits of what is possible" was how the organisers (Autonoom Centrum) described the tactics.

Tuesday
Autonomist demo. We were only expecting 200 or so as there had been 430 arrests of autonomists/anarchists by then, but there were 1500 or so on the march. It was announced over the sound system on the route that 17 comrades had been arrested paint-bombing the Dutch embassey in Copenhagen, and that 150 of the arrested in Amsterdam were on hunger & thirst strike. We went quite some distance but were blocked by riot cops. We avoided provocation and arrests, and marched back to the DAM. At the DAM a large flower arrangement of the EU flag was destroyed, with the flowers 'looted'. Proletarian flower-power!

Afterwards
Demonstrations will happen today (Wednesday 18th June) in various Dutch cities at 5:30 out side police stations. Another demo will happen in the DAM on Sunday.

To start with, there were many Dutch people who had been involved politics in the past, but who did not take part in the EUrotop actions. The excellent demonstrations & heavy repression has encouraged people to get involved again.

Leaflet distributed outside the Dutch embassy in London, to coincide with the demonstrations in Amsterdam against the 1997 Eurotop meeting of European heads of state. 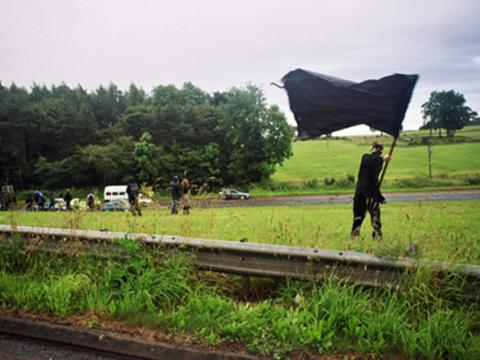 An important article from Do or Die issue 9 criticising the activist mentality in the direct action movement. 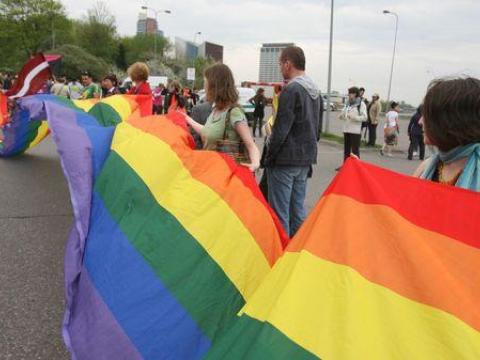 Lithuania: myth of the passive masses