Murray Bookchin's polemical essay against the increasingly individualist, misanthropic, mystical and anti-organisational trends in US anarchism still holds relevance today, no less in Britain than the States.

Written in the mid-'90s, his emphasis on collective action to achieve meaningful change over the isolation and ineffectiveness of lifestyle politics should be considered by all those tempted to see anarchism as a subculture to join rather than a practice that informs their interaction within (rather than outside of) society. libcom.org 2005

What can I say - a must read for any contemporary anarchist. You'll benefit of reading it even if you consider yourself a social anarchist.

Anyone knows the exact date when this stuff was written?

I am a social anarchist (anarcho communist), yet I am a lifestylist in the sense that I don't sit around complaining about the atrocities of the state -- I organize and LIVE my philosophy, I demand change by being change myself and I consider myself in no way "individualistic".

The point is that it is impossible to 'live' communism in any meaningful sense whilst capitalism exists. Its not like capitalism has an outside that we can drop out into. So even though drop outs will likely never consider themselves 'individualistic', the fact that a subculture is being substituted for collective action (which has the possibility of breaking with capitalist social relations and actually allowing us to 'live' communism through the process of communisation) means that they are posing an individualistic response to collective problems. Its not like non-dropout anarchist communists like myself who have rent and bills to pay and need to work to do that just 'sit around complaining' either, but rather have a different idea of what political action we can and should be taking.

I take a more Godwin-esque stance in that I am skeptical about the effectiveness of collective action. I am an individualist anarchist (with a green anarchist bent), and, similar to Godwin, I believe that the only change can be achieved through the self-eradication of the global economy and consumerist capitalist system which props up and fuels all centralized power structures. And I don't really believe that direct action or collective action, or the Black Flag Anarchists basically synthesizing with Marxist-Leninist totalitarians, will help anything. I really think that simply striving to become independent of centralized power structures and becoming self-sufficient is far more important than direct action whilst living in an authoritarian, consumerist paradigm. One of the primary causes of social stratification and ecological instability is the centralization of people, power, and production, and as long as the global economy and consumerist capitalist system exists, decentralization on a massive scale can never occur. I am proud to be an individualist in a Thoreau sense.

Hm. So I take it you have the resources, time and knowledge to provide all your own food, healthcare, education, housing and cultural needs all on your lonesome, then?

Because otherwise you're going to have to rely on others, and that means either having to sell your labour in return for the money needed for the above (until you're too old to do so, at which point you're reliant on others anyway); or alternatively, engaging in some of this dreaded "collective action" to ensure that you (and they) have access to the things you need.

Either way, you as an "individual" can't really do that much except through interaction with others.

Still, I'm a tad curious. What would this striving involve - are there any particular projects or ideas you have in mind?

And I don't really believe that direct action or collective action, or the Black Flag Anarchists basically synthesizing with Marxist-Leninist totalitarians, will help anything.

I well remember the argument that raged in the anarchist movement here in Aotearoa about the thesis presented in Bookchin's pamphlet. The practical consequence of which, was a gradual purging of anyone who wasn't committed enough to whatever "collective action" was being decided on by the various anarchist collectives and conferences, resulting in a smaller, more formal Anarchist Movement, made up of Socialist Worker style multi-issue protest groups (and vague attempts to federate them, like Aotearoa Workers Solidarity Movement). This movement, like its leninist and social-democrat counterparts, was surrounded and interpenetrated by a much larger and more dynamic anti-authoritarian/ communitarian movement which included both "social (ie protest) projects and "lifestyle" projects; social centres, music and arts festivals, independent groups and other tech co-ops, food co-ops which distributed dumpstered food, community gardens, community currencies etc This is still pretty much the case today.

Most of these practical projects were anarchic and egalitarian in their organisation and their goals, but were regularly told they because they were "lifestylist" instead of "social", they didn't qualify to call themselves "anarchist" or "socialist" or "communist". So they didn't. After all, in a society saturated in propaganda representing anarchism, socialism, and communism, as scary, violent, and aggressive, it can be easier to involve people in a project if it doesn't strictly align itself to any such ideology, and instead talks about community, resilience, direct democracy, and maybe autonomy. The consequences being that joe public never sees these positive examples of anarchism in practice as "anarchist" - making it easier for anti-anarchist propaganda to work - and that credit for their positive outcomes accrues to other movements instead; subcultures like punk and indie, and the rainbow family; and cross-ideology networks like Indymedia, free software and open source, permaculture etc

I really think it's worth reading both this pamphlet, and the Bob Black's (admittedly much longer) rejoinder, 'Anarchy After Leftism', and coming to your own conclusions about exactly what "lifestyle anarchism" is, and if it even exists. Then and now, I suspect what Bookchin is probably describing, in painfully vague terms, is 'consumer activism', which all anarchists who spend money will probably engage in to some degree, but not on the assumption it can achieve the radical change we want, any more than voting will. The tendency to then extend the analysis to Food Not Bombs, or any other practice which serves practical needs rather than purely political goals, is both wrong-headed, and counter-productive, but fortunately, mainly for anarcho-lefist purists themselves more than for anyone else.

All of these things are either ineffective, embarrassing, encourage closed off subcultures or not radical in the least. I'm not favorable to Bookchin or the way "lifestylism" has been used, but these things you mention deserve to be criticized ruthlessly.

The problem with lifestylism, though, is that the people involved in project groups often put this forward as the way to change the world. Instead, we need to recognise the limited nature of the projects that are generated by the lifestylist current and advocate quite clearly for our position that society isn't going to change for the better unless we make a revolution and that, for this to occur, there is struggle that needs to be waged - a struggle that requires the participation of the vast majority of the working class, rather than a self-selecting minority in a tiny ghetto.

The solution, therefore, is to accept the little exemplary project groups as valid in their own right, but to reject the idea that this is the strategy for changing the world. Establishing a "Food Not Bombs" group is not lifestylism. Saying that Food Not Bombs is going to change the world, however, is lifestylism.

I think the critique of lifestylism is at its core a critique of secessionist strategies which try to create little islands of anarchism in a sea of capitalism, which become subcultural ghettos, rather than an outward-oriented politics of struggle. So I think all of "social centres, music and arts festivals, independent groups and other tech co-ops, food co-ops which distributed dumpstered food, community gardens, community currencies" with the exception of community currencies*, could be part of the latter. It's not the activities themselves, but their relation to class, struggle etc.

So I've been in occupations fed on skipped food. The pop-up union at my work organised a BBQ yesterday with music. Etc. I would say it's generally not a question of the activities themselves but how they're situated. And of course, individuals can say, go skipping, while engaging in outward-oriented politics, and people with class struggle politics can form an insular and inward-looking milieu ghettoised from the wider class.

* perhaps not a total exception, but i'm highly sceptical these are about anything other than friendly local capitalism.

individuals can say, go skipping, while engaging in outward-oriented politics, and people with class struggle politics can form an insular and inward-looking milieu ghettoised from the wider class.

Again, I can only speak from my observations of the anarchist movement in Aotearoa, but in my own experience, anarchists involved in "lifestylist" activities in the 90s and 2000s were also involved in protest politics, supporting strikes, and all sorts of other more overtly political struggle, and doing everything they could to cross-pollinate between the two. While those who preached "class struggle" and criticized "lifestylism" - including both an-coms and Marxists - tended to form dull, dogmatic, self-marginalizing ghettos, with little or no appeal to anyone in the wider society. Over the last decade or so, these groups seem to have mostly faded away, or metamorphosed into similarly doctrinaire and self-marginalizing groups focused around identity politics, instead of class struggle of any meaningful kind. In modern Aotearoa, newer Marxist groups that have embraced autonomist ideas have become much better at organizing anarchist-ish class struggle than any big-A anarchist groups I'm currently aware of. 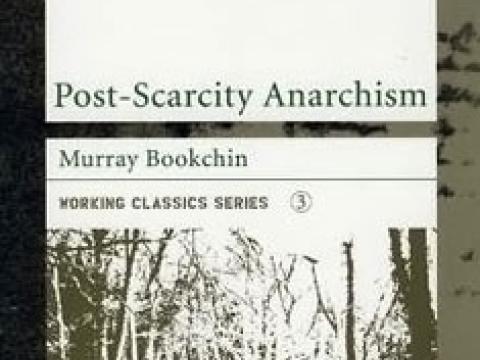 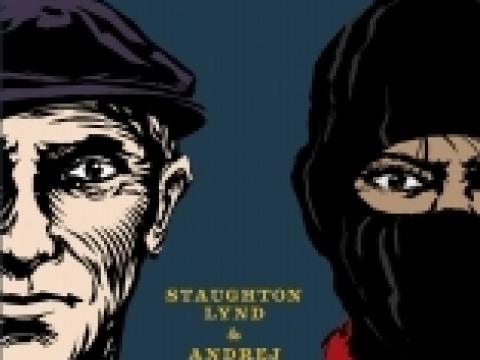 Wobblies and Zapatistas: conversations on anarchism, Marxism and radical history

Andrej Grubacic is an anarchist from the Balkans. Staughton Lynd is a lifelong pacifist, influenced…
Image 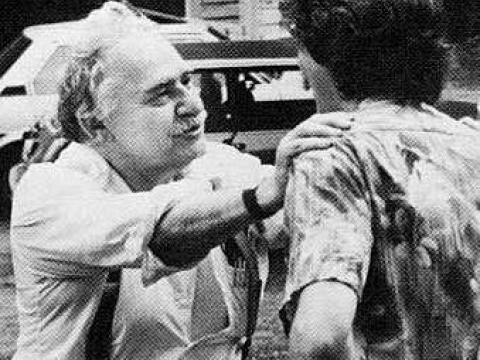 Were we wrong? - Murray Bookchin 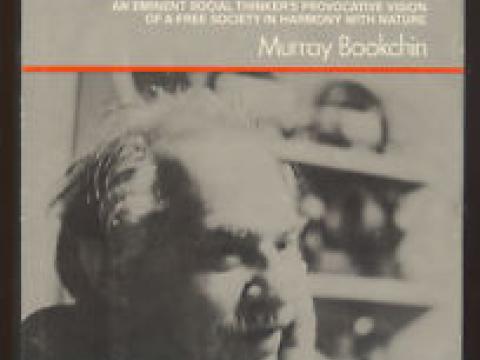 The ecology of freedom: the emergence and dissolution of hierarchy - Murray Bookchin