Wildcats on the ambulances

Leaflet produced in response to a 1990 dispute amongst National Health Service ambulance workers. They were trying to prevent a restructuring of the ambulance service

The beginning of wildcat strikes of ambulance crews on the 11th January shows a great strengthening of the ambulance crews’ fight. Before this date the dispute had been largely managed by the union structures (and this despite the fact that the unions originally recommended acceptance of the managements’ first offer!). No doubt the strikers were steeled somewhat by Roger Poole’s announcement on the previous night‘s news that the unions were willing to accept a pay offer below the level that ambulance workers had endured 11 weeks of hardship to obtain.

Another heartening development was the militant attitude of the picket and demo at the Waterloo ambulance HQ. The pickets tried to physically stop scabs entering the building and later occupied the offices. This militancy will probably lose ambulance workers a small amount of the massive public support they enjoy. But this should not worry anyone. The public support is good for morale, and the strike fund, and has also put some pressure on the government. However this public support has not, at the end of the day, been able to win the dispute. It was also unable to win the struggles of the nurses, the sacked P&O workers or the sacked News International printers. The only thing that can win disputes is militant action.

Yet another good omen for ambulance and other workers is the rejection by Ford workers of their company’s pay offer. When Ford workers took action in 88 this helped spur the government into settling the nurses’ dispute. The great sympathy for the nurses’ cause led to other workers striking in support, as well as for their own pay rises. The government and the bosses, fearing this link up of different struggles, quickly gave the Ford workers what they asked for, and also pretended to give the nurses what they wanted. (The nurses were stitched up months later when they were isolated.) Ambulance staff have at least as much sympathy as the nurses had. They should take this sympathy and turn it into action by going in groups directly to other workers and asking them to strike for their cause. An efficient ambulance service is obviously in all workers’ interests. There are many other groups who are in dispute at present, such as postal workers, car workers, nurses and other NHS staff. Ambulance crews should go directly to these groups and others and ask them to strike now. Where possible joint demands should be raised (such as 20% with no strings), so that the struggles of different workers against the same enemy is united.

In virtually every strike, the unions try to keep different groups of workers divided one from another (e.g. last summer the TGWU kept the dockers and busworkers strikes apart). On the rare occasions that the unions do agree to put forward calls for united action this is only because workers have already cut across union divisions, and the bureaucrats are just trying not to be left behind. This is what happened with the summer ‘s rail strikes where the unions first of all opposed all strike action. Then they made official the wildcat strikes that happened anyway. Then, eventually they called joint BR and LRT strikes, again because this was already happening without them. Rather than relying on the unions to organise the struggle, workers should control the fight themselves through mass meetings and elected (and recallable) struggle committees.

It is by self-organisation and by spreading the strikes that workers are able to force their interests onto the ruling class and its state. Not just in terms of pay but in the general quality of life (e.g. health, environment). It is the first step to the creation of a world where people directly control their Society and where profits and governments don’t get a look in.

We’re not political. We’re only doing your jobs!

Written 11th January, by some anarchists 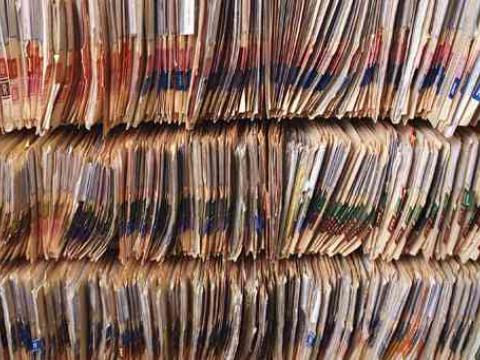 Hands off my health records

David Cameron has announced plans to allow private companies to view our health records, and has vowed to reduce 'red tape' that governs research… 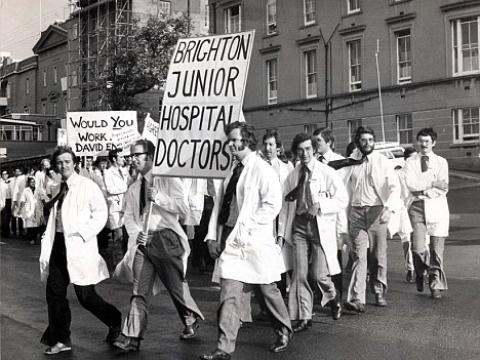