An interview with Jérémie, International Relations Secretary of the CNT-F, during the recent I07 conference in Paris. This interview was made by CGT comrade Ronny Stansert for the Swedish SAC's magazine, "Arbetaren".

Did the I07 turn out as well as you had expected? Are you happy with the results?

The CNT's International Relations Bureau and the Commission established to organize the I07 are delighted with the way the meetings went. The 250 - more or less - comrades from abroad seemed happy, the debates were of a high quality (though there were differences of opinion), the May Day demonstration was fantastic, with a dynamic and loud CNT sector of around 6,000 people. The international meeting on the 30th also provided some touching moments, such as the speech given by comrade Marta from Atenco with her machete in her hand, or that of the comrade from the CNTG union in Guinea who spoke to us about the victory of the workers in his country after a month-long general strike which was marked by over 100 deaths.

Before I07 we knew that this encounter would be an important landmark for internationalism. Now that it is over, we are satisfied with what we have achieved. As organizers we were naturally a little worried during the event as we didn't want to disappoint anyone and we were trying to give the international delegates a good impression of the CNT.

One bad point was that in the days leading up to the event we found out that some invitees could not make it due to visa problems. Another negative point, leading to some frustration during the debates, was having to translate each speaker into French, Castillian and English, something which sapped the exchanges of their vitality to a certain point.

What will I07 mean for the future of anarcho-syndicalism in general?

From our point of view, I07 is part of an important stage in expanding our internationalism. At the confederal meeting, the international relations secretaries of the French CNT and the Italian USI proposed to the other
organizations that we set up an International Anti-Capitalist Co-ordination with a jopintly-run web page and a forum for debate. It was also agreed to engage in several joint campaigns such as a campaign against temporary job agencies and another on the question of workers' freedom of movement.

I07 was also important for the reason that, for the first time, anarcho-syndicalist internationalism was not restricted to a purely Western ambient. For the first time there were comrades from Africa, Oceania and Latin
America in Paris. And for that reason alone we would be content with the outcome of I07. The best example of what our internationalism must mean came during the international meeting, when the comrade from the Siberian SKT was being translated into French by a comrade from Mali who spoke Russian!!

What did I07 mean to the French CNT, for your future, for your relations with Alternative Libertaire, the Fédération Anarchiste, SUD and other "alternative" unions?

The CNT follows its own path, without worrying about other organizations, but without being sectarian in its relations. The CNT may cooperate at times with the Fédération Anarchiste, though the FA is not very active in the social movement. The same happens with Alternative Libertaire - we regularly cooperate, without any sectarianism. As for the SUD ["Solidaire, unitaire et démocratique"], we cooperate with the grassroots in particular struggles, such as recently during the Citröen strike or in the education sector. We don't have any relations with the management of the SUD's unions. We cannot forget that the CNT has been declared illegal for postal workers, with the repression of our comrades, and that this is partly due to complicity from the SUD's postal union. The CNT favours unity of action by the grassroots, but we are aware that in France only the CNT defends the ideas of anarcho-syndicalism, of anti-capitalist, anti-imperialist, anti-sexist and anti-fascist syndicalism.

SUD unions are perhaps somewhat more radical than the French CGT or CFDT, but they continue to be reformist, corporativist and bureaucratized unions. There is one exception within the SUD and that is the transport sector, which rightly criticizes the reformism of the other SUD unions. Even so, there are still contradictions and tension with the SUD Rail.

The important thing for the CNT will be to see if it can present a sufficiently credible strategy that can be seen as an alternative for the French labour and social movement. The revolutionary labour alternative that the workers need. And it will depend on our own ability to construct something.

Greetings to all our comrades in the CGT. Long live internationalism! Long live anarcho-syndicalism! Our day will come! Social revolution! 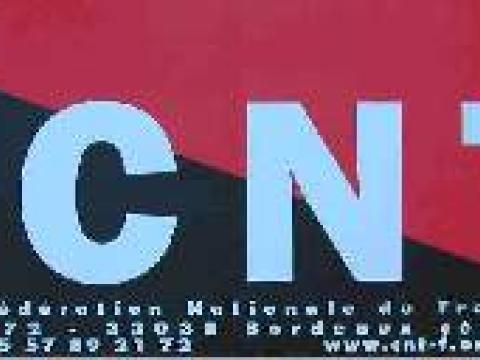 In France, as a result of 1993 split, there are 2 unions who use the CNT name. The CNT-AIT and the CNT-F. This is the CNT-F's intro to their… 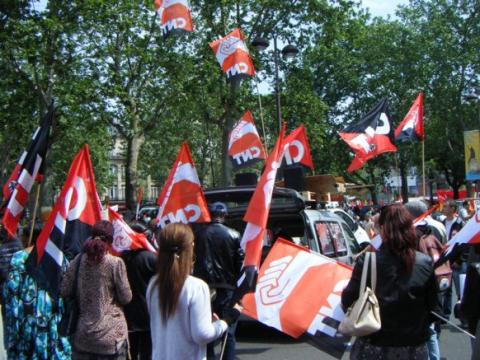 Women in the cleaning sector and hotel-restaurant industry: syndicalist conversations 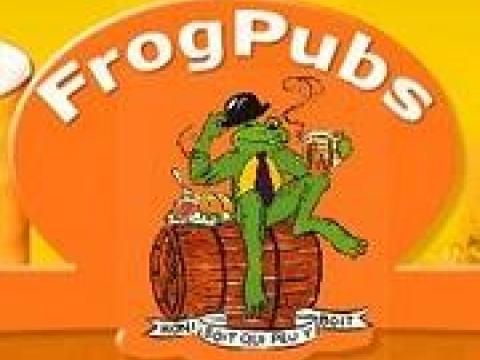