The extract from Tiqqun that is cited in [our text] "Better late than never"[1] illustrates a chronic problem among the champions of the critique of critique, in which all [intellectual] currents are confounded. One almost never fights against these theoretical positions for what they are. One generally prefers to devote oneself to a battle of intentions, by attributing to the adversary an imaginary wrong, for which one has a ready-to-use refutation, and by speculating on the public's ignorance or fanaticism. What rules in these milieus, as in all the others, is competition in the market of ideas, a dying competition, and the "culture of narcissism."

In the particular case in point, and contrary to what Tiqqun says,[2] Debord never wrote that all of the agitation (or even all of the armed struggle) in Italy during the 1970s were manipulated by Gladio.[3] He simply showed[4] that the Red Brigades had been infiltrated, and then manipulated, by the Italian State so as to neutralize the dangerous proletarian subversion that threatened the existing order. Moreover, it is wrong to reproach Debord for allegedly having camouflaged the explosive character of the Italian situation, when one remembers that Debord was the editor of a journal, Internationale Situationniste, the Italian section of which had participated in the troubles that agitated Italy at the time and had known how to analyze these troubles in their most scandalous aspects: the riots in Battipaglia, the prison uprisings and the revolt in Reggio de Calabre.[5] This reproach also forgets the fact that it was Debord -- by translating Censor's Veritable Report,[6] which was written in Italian and rich in information about contemporary Italian proletarian subversion -- who effectively smuggled into France the fact that "the Italian situation was explosive."

This affair would merely have academic interest if it wasn't rich in lessons for the present. Those who do not understand the past are condemned to repeat their errors. This is why Tiqqun's very insufficient analysis of spectacular terrorism merits being critiqued. Once [Julien] Coupat and his consorts were felled by the police's machinations, they devoted themselves, in their turn, to this paranoid "retrology." It is regrettable that they have taken note of the interest of the question [of spectacular terrorism] at such a late stage of the repression, but better late than never, right? Thus, the Invisible Committee[7] must fully draw the lessons [of these recent events], by reconsidering what was insufficient in its analyses of terrorism, instead of being content to reprint its text and profit from the recent fashionableness of "The Tarnac Affair." Likewise, it would be fitting to admit that there are certain problems with The Coming Insurrection (and also with the preface by "agents of the Imaginary Party" to a collection of texts by Blanqui[8] entitled Now, One Must Take Up Arms), which have been exploited by the police, but, fortunately, in a maladroit manner. In these texts, one finds the very precise expression of the practical form that domination wants any radical critique of existing society to take. This is why The Coming Insurrection has been spectacularly selected and offered up as a snack to all those for whom the disastrous course of the world leads to a quite understandable impatience. If some desperados among them commit a blind "insurrectionary" act that feeds the fear, the State will have achieved the goal that it has been pursuing in this whole affair.

[2] In This is not a programme, published in Tiqqun #2, 2001, one reads: "Kojeve, who had no match when it came to taking the bait, buried the French May [1968] in a pretty formula. A few days before succumbing to a cardiac attack at a meeting of the OCDE, he declared with respect to the 'events': 'There wasn't even a death. Nothing happened.' It took a bit more, naturally, to bury the slowly unfolding Italian May. Another Hegelian then arose, someone who had acquired an influence at least equal to the first one, but by other means. He proclaimed: 'Listen, listen: nothing is happening in Italy. Just a few desperate people manipulated by the State, which, so as to terrorize the population, have taken politicians hostage and killed a few judges. Nothing notable, you will soon see.' Thus, thanks to the well-informed intervention of Guy Debord, one knew nothing on this side of the Alps that something was in fact happening in Italy during the 1970s. Even now, all the French luminaries are content to reduce their understanding to Platonic speculations upon the manipulation of the Red Brigades by this or that State agency and the massacre at the Piazza Fontana [in December 1969]. If Debord was an execrable conduit [passeur] of what was explosive about the Italian situation, he did, on the other hand, introduce into France the favorite sport of Italian journalism: retrology. For the Italians, 'retrology' -- a discipline for which the first axiom might be 'the truth is out there' -- is the paranoid game of mirrors played by those who can no longer believe in any vital event or phenomenon and who must suppose, from this very fact, that is to say, due to their illness, that there is someone behind what happens: the P2 Lodge, the CIA, Mossad or they themselves. The winner is the one who has given his few comrades the solidest reasons to doubt reality."

[3] "Gladio" refers to the Italian wing of a secret network that the CIA and NATO created in Europe in the aftermath of World War II. Ostensibly designed to fight "Communist aggression" from abroad, "Gladio" and the other "stay-behind" groups devoted themselves to attacks upon such domestic "enemies" as the poor, militant workers, and radical intellectuals. "Gladio" officially came to an end in 1990, with its public exposure.

[4] Guy Debord, Preface to the Fourth Italian Edition of The Society of the Spectacle, published 1979.

[5] See The Workers of Italy and the Revolt In Reggio Calabria, published 1970. See also Is the Reichstag Burning? published in 1969.

[6] See Gianfranco Sanguinetti, aka "Censor," The Veritable Report on the Last Chance to Save Capitalism in Italy, 1975.

(Written by "Jules Bonnot de la Bande," published 9 October 2009, and translated from the French by NOT BORED! 9 October 2009. All footnotes by the translator.) 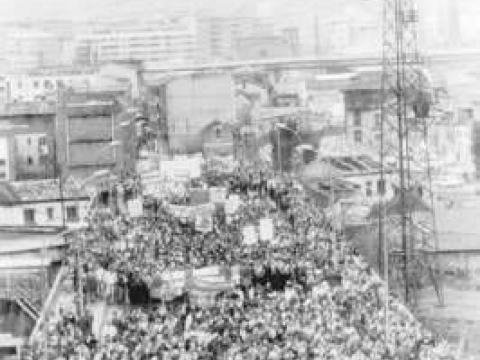 Guy Debord's accounts of the massive strikes by miners in Franco's Spain, translated into English for the first time. 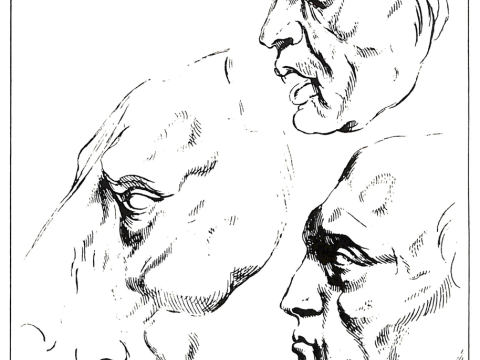 An unsigned article by Guy Debord from Encyclopedia of Nuisances #5, November 1985. Translation by NOT BORED!

Translation of a very recent interview with one of the several individuals in France accused of "terrorism" for allegedly sabotaging railway lines. 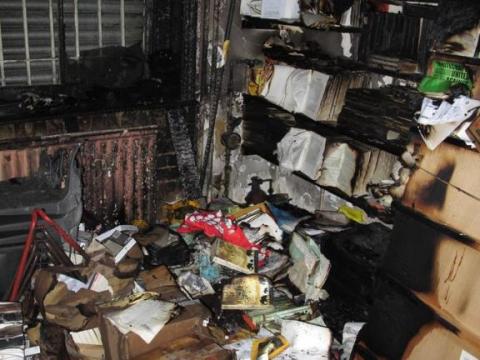