Preface: putting the critique of capitalism back on the table - Wildcat (Germany)

We are fed up with working more and more for lower wages, being pushed around by the bosses and forced into workfare schemes by the state. We are also fed up with those who are helping to smooth the way for new methods of exploitation, with their 'radical' demands for working time reduction, for new social benefits - or worse still for more jobs. Under threat of unemployment, previously radical types have abandoned the critique of capitalism in favour of an alliance with the state to defend the 'good old days' of social democracy and Keynesianism against 'neo-liberalism'. They no longer question the barbarism of the whole of society, grounded in the daily control of our minds and bodies by the compulsion to work. Instead of expressing the real anger of millions of people at the daily loss of our lives in the workplace (the fundamental basis of capitalist social relations), they tell us to regain the 'primacy of politics over economics' and to demand a 'humanitarian' administration of the capitalist economy. But politics and the economy are two sides of the same coin: the global workhouse.

The articles in this pamphlet deal with such political illusions, which have become influential in campaigns against unemployment, for working time reduction and for a guaranteed basic income. In examples from Britain, France, Italy and Germany, it is shown exactly how campaigns for such demands have provided a rationale for the state and employers to attack working conditions and social benefits, to intensify exploitation - and above all, to stifle any radical movement by the workers themselves.

After twenty years of losing ground for a fundamental critique of capitalism, it is necessary to sweep away a lot of the ideological garbage. For those fighting the deterioration of our living conditions, working time reduction or reformed social benefits seem at face value to provide ideal demands for uniting people in collective struggles. But working class history tells a different story. On the one hand, the slogan of 'working time reduction' has served as a pretext to make working time more flexible and to squeeze any free time out of working time; the reform of the welfare state - as well as its very introduction, for that matter - was never a genuine working class aim, but rather a concession to ease class tensions, to atomize people and to subordinate their daily lives. On the other hand, real struggles which confronted capital started, not from political parties or other representative groups drawing up demands, but from the daily resistance of the working class to exploitation, their collective struggle and the reassertion of their ability to confront and to suppress capital.

This collection of articles analyzes recent developments in class relations, in order to expose some of the main myths about the situations in different countries, and to show how these myths (such as the reputation of the unemployed movement in France and of working-time reduction in Germany) are used in other countries to sell reformist campaigns as brand new politics. 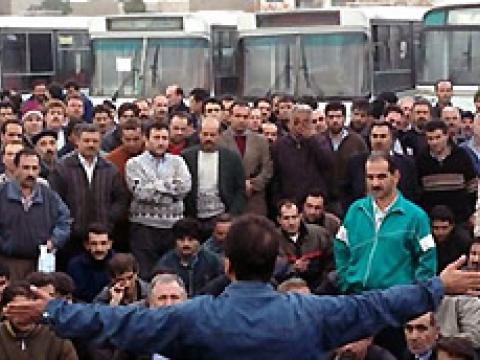 United against the social earthquake in Iran

Wildcat Germany on geopolitics and class struggle in Iran in summer 2005. 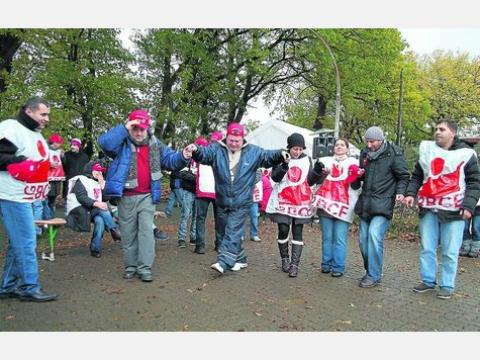 The strike at Neupack and the question of strike solidarity

Concerning the Attacks in the USA and the War