Article from Class War issue 73 on pacifism, lifestylism and the 1990s anti-roads movement.

Class War came into being with the aim of sticking the boot into anarcho-pacifism and lifestyle politics. We had some success in this respect - although, ironically, we have gone full circle and these things have returned once again.

You could say that not much is happening at the moment - a low level of struggle. But anybody who is digging tunnels below would-be motorways or making their home in a tree would probably disagree. Don't get us wrong: we applaud the anti-roads movement and their actions, for their daring and their imagination. They have cost the state millions of pounds and forced a significant curtailing of the road-building programme. This is good. But a problem with this movement is that it is overly based on lifestyle, the way you dress, what you eat, etc. We have to be concerned with more than that. How do people who live out of the back of an ex-BT van, usually young and often from privileged backgrounds, relate to people who have jobs, mortgages, families, etc. - i.e. most working class people? Is such a lifestyle an option for the majority of people? How do you break out of a ghetto of self-imposed marginalisation, or is that ghetto an end in itself? The only kind of politics worth anything is that which breaks down barriers.

Environmental destruction, and the car society with roads built everywhere whether we want them or need them, are the result of an economic system that puts the accumulation of capital and profits before people. Ultimately, bringing an end to capitalist social relations is the only answer. Activism and taking a morally superior stance might make you feel good but won't bring about any significant change. 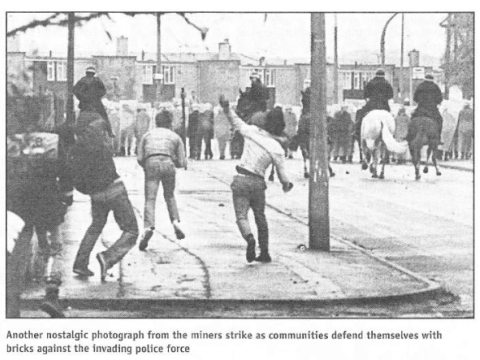 Beyond the Bullshit: In A Galaxy Far, Far Away... 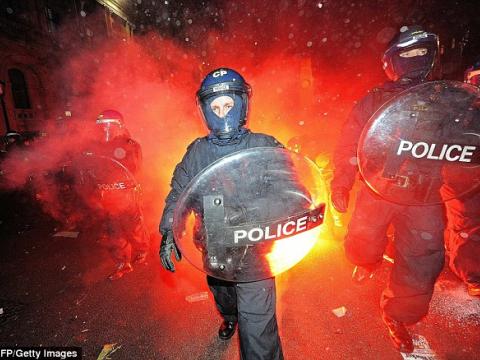 A participant in the 9 December demonstrations against education cuts and fees in Parliament Square writes on the use of political violence, and… 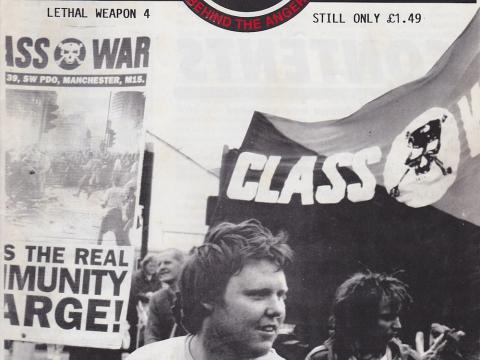 The fourth issue of The Class War Federation’s theoretical journal The Heavy Stuff, probably from 1991, with articles on the poll tax, mutual aid…