ON THE EDINBURGH STUDENT OCCUPATION AGAINST FOSSIL FUELS

Our congratulations to People and Planet Edinburgh for their amazing victory at Edinburgh University!

They occupied the Charles Stewart Building for over 10 days to force the university management to stop investing in fossil fuels. This was the culmination of a larger 3-year campaign and so much hard work.

The occupiers democratically decided to leave after threats to their safety by private security about which the management showed no concern whatsoever.

Nonetheless, the protests and direct action against the university’s stance have drawn so much condemnation that they’ve done what seemed, not that long ago, highly unlikely. In a complete U-turn, the university has told fossil fuel companies they will divest in the next six months.

We have constructive criticisms to make about divestment as a tactic against fossil fuel exploitation – points we hope to expand upon. Divestment doesn’t affect what keeps these companies going: the sale of fossil fuels themselves and our dependence on this form of energy to produce and reproduce our lives.

But this is a significant victory won through collective direct action. We hope that it will be a step forward and lead to new attacks on collaboration with the fossil fuel industry in the university – through research and development, in courses – and elsewhere in society.

Going by the Charles Stewart Building yesterday, the occupation finished and the banners and colour removed, it felt sad. The occupation opened up a space of dissent in the ordinary running of things – a crack in capitalism, as John Holloway would put it – and that is now gone.

This was a great example of what can be achieved through organising from below and solidarity, something we want to see a lot more of. 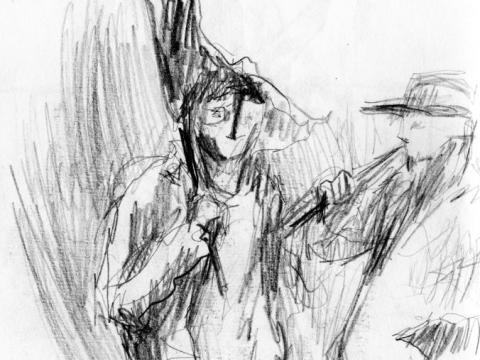 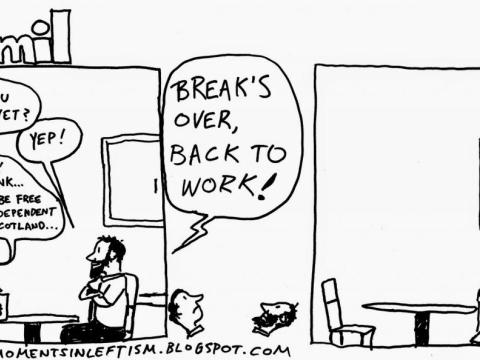