tools: This issue was put together with 'real' typewriter time literally "begged, borrowed or stolen" and with layout materials and methods that were current in the Reformation. It was laid-out right across the street from M.I.T., about a half a mile from Harvard and next door from the numerous software and bio-engineering firms of Cambridge. I.e., it was produced while the microprocessors, mini-computers and mainframes slept right around us. It is a materialization of our present (and collective) defeat, so treat it with charity.

orthography: According to the theorem of "Prolog to the Use of Machines", capital's reluctance to increase the width of the channel of communicative capacity and its desire to speed-up the rate of transmission have forced it to try to radically reduce the entropy of language (the diversity of script, multiple spellings, variable capitalization, etc.) and make communication less surprising, more predictable and less 'personal'. So we see our 'mistakes" as slips of rebellion, little refusals to standardize and Capitalize the Embodiment of our Language.
Hope you do, too.

credits: Asin (Carl Harp), who drew the 'strange loop" on page 24, died in Walla Walla prison last year. Like many others, he was "found hung" in his cell.

PRIZE ESSAY CONTEST
The prize essay contest announced in Space Notes on the topic: "Why do we continue to eat capital's shit?" continues. We have yet to receive a satisfactory answer; however, the old contest prize, $100, is now $108 to keep up with inflation.

Carnival in Bosstown
In the town where Cotton Mather's bones lay in peace, in the original home of the American Boss, Midnight Notes is having a carnival. Come for a gathering of our bodily powers, the passing of loosened words and whispers. Bring masks, paints, plays and music. The bosses' bones will turn. See you there. 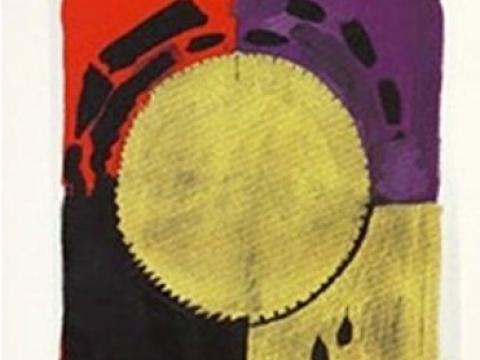 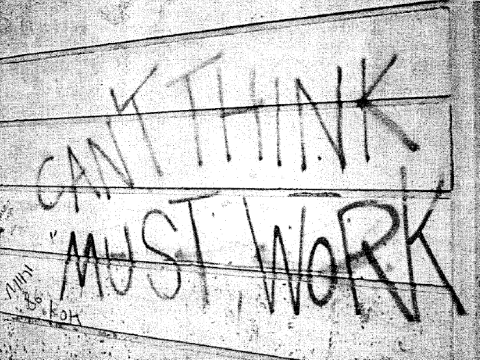 Not Our Own: Demystifying Goals & Methods of "Progressive" Work