The virtual breakdown of the ERM, the European monetary system, appeared to be a purely technical phenomenon. It could be claimed that currencies such as the pound were overvalued or that there did not exist adequate controls over the movements of capital, so speculative money could destroy the system. Such considerations would appear to exclude action by the working class as in any way responsible. This view is supported by the absence of any significant class struggle in Britain that could be identified as having lead to the departure of the pound from the ERM. Yet, despite this absence it is still the working class that lurks behind the various terms and categories used in the debate. The difficulty is in uncovering the often tortuous mediations through which class struggle appears.

One important category used in the debate has been that of unemployment. It is a category into which the class struggle has been compacted. The reason for capital to be concerned about unemployment is not profit but the threat to political stability. This is not immediate and nor does it even necessarily mean the unemployed themselves, although this is not ruled out. As the absence of work it is the absence of the preferred means of social organisation and reward. Long term unemployment threatens the political order; it opens to question all political institutions and promises a polarisation of political positions. It opens the possibility of a real crisis, not just some spectacular adjustment on the stock exchange but a more serious political crisis within the ruling class as they argue about the best course of action.

The actual category unemployment poses the social question of capital as one concerning the continued provision of work. In this way it tends to mediate the struggle posing the interests of the class as synonymous with accumulation. The problem for capital is that this mediation does require a delivery of its promise that accumulation does not, perhaps now, cannot deliver.

We have already seen something of the impact of the class through this compacted category unemployment in the debate over Europe. The problem for capital is to devise the appropriate arrangements so that the class struggle is subsumed within them. The keynesian arrangements did for a period successfully achieve this. Capital temporarily gained a real objectivity; struggle was channelled via productivity into accumulation. Of course this objectivity did not last. The post war arrangement became incapable of containing the struggle. This opened up a period i which capital must re-assert its objectivity through crisis. In many ways this has been successful. The free market policies and new technologies, by reimposing absolute poverty, have made unemployment work for capital. However for this to be consolidated the old national restrictions on labour needed to be dissolved.

The dream of a unified Europe is of a single market in both capital and labour. The crucial element in this is of course the competition of labour for jobs from a capital with no loyalties to anything but profit. All the convergence requirements of the Maastricht Treaty have been designed to erase the vestiges of the old arterio-sclerotic Europe, the Europe of national working classes achieving national welfare deals of different kinds, but that lead to a form of leapfrogging and the export of inflation. The problem with convergence would be its success, eradication of the national peculiarities that each bourgeoisie share as their common totems of control. These peculiarities are either backward nostalgias for non-existent pasts, or are distinctions of dress, style of shoe and trouser, of crease and rumple, distinctions in sporting or culinary preference that are so inane that they may exercise the mind but not the intelligence. It is no accident that these several peculiarities that various nations have in common all tend to favour the continuation in power of the same tired gang (tradition). The peculiarities have assisted the bourgeoisie. Here nationalism has undoubtedly been the most reactionary and in fact murderous force in the history of capitalism. In its name social crisis is reduced to the construction of enemies.

Now the problem is that, with the attempt to create the unified Europe, tried and tested formulas of nationalism are at threat. We should not be surprised if the unbelievably crude Thatcher and all her cronies should be so against Europe. Was it not nationalism that saved her miserable reputation with the Falklands? She certainly did not miss the Labour Party grovelling during that episode as any loyal opposition should. These Tory anti-Europeans have a nostalgia for nostalgia. They perceive that in troubled times nationalism still has a card to play, a few more bodies may be piled up in tribute to it. They perceive a danger in Europe as a market without appropriate political institutions. This is a real danger for order. Convergence forced political tensions on Europe as different areas were faced by punitive interest rates, or tax rises, reductions in social spending and all with increasing unemployment. The Bundesbank though in the position to act as a European Bank did not. Indeed there seems nothing substantial in Europe to make up for what is lost as the distinctiveness of the nations is dissolved. In this situation the right talks of national unemployment and national policy.

One way offered to preserve the dream of a Europe for capital is a consolidated attack on the working class. In this case the aim will be reductions in what are called social costs. This prospect is being talked about in relation to the social chapter of the Maastricht treaty. There will be an attempt to organise the working classes into outdoing each other in giving up social benefits. We have already seen this spectre at the micro level in the moving of Hoover production from France to Cambuslang in Scotland. Where a similar deal was offered at Dundee-Timex and was faced by stout resistance, despite the union, the company simply closed down. Profit is capital's national home.

The lines between the so called third world and the west have little meaning when employment can be moved so easily. The USA working class, as well as the European, have been learning this hard lesson of international solidarity. The conditions of work, of contracts, of social benefits of workers several thousand miles away become a matter of practical concern when factories move across the world. Repression abroad arrives here as a natural necessity to work harder, as a plausible requirement to reduce social costs, as the need to do this, do that for work.

Both sides in the dispute over Europe have this much in ommon; they know the working class must work harder for less. Even Mr Major with all the verve and fascination of two short planks is well aware that attacking the working class is where the heart is. The real difference is in the perceptions of the adequate political framework for organising the shambles. If the working classes are to compete across the world for jobs should not there be an even greater reliance on the nation as a means of preserving division across Europe, of competition of French and British etc. etc., rather than workforces without any country. Or perhaps the nation should be more intimate with increased regionalisation of our treasured peculiarities? Thatcher and that lot do not appear to want to go that far. In fact the situation is difficult enough that it offers us the prospect of a real crisis in the Tory party. How that will spread it is impossible to say in advance. We can expect a more vicious polarisation on the right as a result. On the other hand if the national working class, rather than particular workforces, is to compete conditions of work downwards then maybe the Labour Party still has a role to play as a Party of Government. Unemployment will be the catchphrase, the national emergency will be its arena, sacrifices will be the game.

Adequate understanding of such events will require an analysis of capital as combining objective and subjective factors. Several articles in Radical Chains have attempted this but only as a beginning. An important theme arising from these attempts has been that the left itself has constituted a barrier to the movement to communism. The roots of the present revolutionary left are still firmly in the post 1945 period. A theoretical legacy of this is the tendency to deal with the objective and subjective as separate spheres. This separation in theory is a real result of the prevention of communism in the twentieth century.

The tendency of the revolutionary left is to fail to grasp real developments and instead rely on sectarianism. We can identify two broad strands, both tending to subjectivism. One side, usually leninist, stresses objective factors that will lead to a situation in which the class will become revolutionary. The problem is that objective conditions keep maturing without there being a revolution. In effect the objective is frozen within the analysis. The leap is then to excessively subjective explanations, often but not always implicit rather than explicit. We find here that the working class has failed whilst the party has to work even harder to overcome the obstacles to consciousness. The party itself becomes the frantic island of sanity.

The alternative view, we can call it anarcho-marxist, starts from the class itself by rejecting the notion that the struggle of the class has been ineffective. It rejects for example the usual notion of economism and instead stresses the oppositional nature of the struggle. This again tends to excessive subjectivism as the revolutionaries frantically attempt to convey the truth to the world. Explanations for the absence of communism must identify betrayals, lies, etc. So both sides tend to sectarianism. Particular pre-mapped paths become the truth.

The crucial thing for the revolutionary left is to come to terms with the extent to which it has lost the perspective of communism. No single strand is privileged with the necessary view of the whole movement. We cannot simply discover the right ideas bolstered by our favourite book of quotes. Nor can re-thinking be achieved through rehashing. One problem is the immediate situation of much of the left, its organisational and social structures. The needs of their members tends to obstruct the threat to the organisation from re-thinking. There are no innocents ordained with truth and position, those who act so merely recreate the crimes of the past. There are only participants for whom tension is necessary. 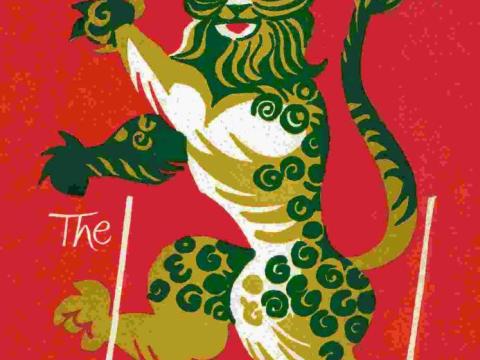 The leopard in the 20th century: value, struggle and administration - William Dixon 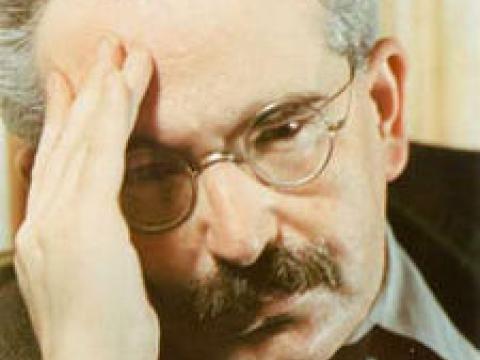 I'm told you raised your hand against yourself / Anticipating the butcher / After eight years in exile, observing the rise of the enemy / Then at…
Image 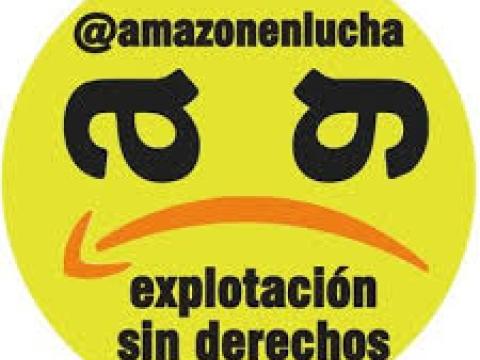 Call to all Amazon Workers in Europe. In July …. a European General strike! 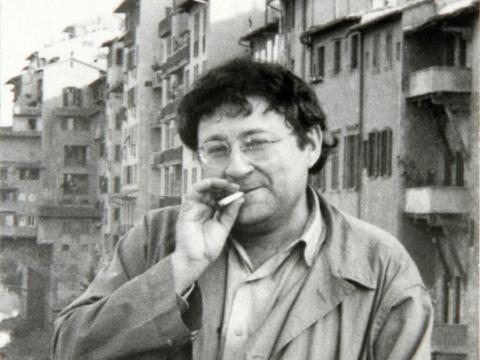 A critique of The Most Radical Gesture; The Situationist International in the Post Modern Age by Sadie Plant.