Here we go, the women of the Coalfields
History has never seen the like
Women of the working class arising
Phoenix from the ashes of the strike

They are daughters of the working classes
Loyal miners mothers, miners wives
Wakened by the strike to new awareness
Now go on, to reconstruct their lives

Some have got an appetite for learning
Some, have reached the giddy heights of fame
Some, are happy caring or the people that they love
But, their lives can never be the same

Tho’ the changes may come very slowly
In the liberation they have earned
They have gained a confidence they didn’t have before
Last year’s lessons, cannot be ‘unlearned’. 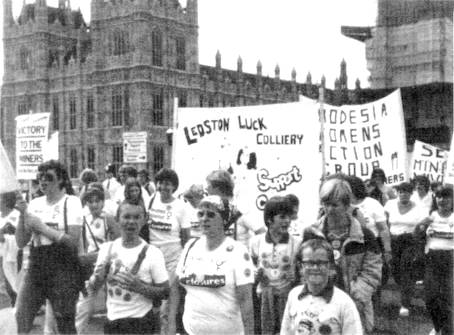 We’ve just been and put our house up for sale
It’s not that we’re wanting to flit
But, what with the increased repayments, and such
We’re getting behind, just a bit

We struggled along, for the length of the strike
We practically lived on fresh air
The bills mounted up, but then what could we do
You can’t pay with what isn’t there

But, now we’re all back to a normal routine
And, creditors want to be paid
I just hope, the future is one that is worth
The sacrifice, we all have made

You can legislate
You can bend the law
You can tell me what to do
You can change the rules as you go along
So the ‘deck is stacked’ for you
You can choose the words
You will let me use
You can tell me how to live
But, if I’ve a mind I can call my own
You can’t make me forgive

A beautiful hand with the pastry she had
Her sponge cakes were lovely and light
But, now it’s all muesli, and yoghurt, and nuts
While she’s out at meetings each night

We could have gone on, for the rest of our lives
Never knowing, just what she was like
And, she’d have been trapped in our image of her
If it hadn’t have been for the strike. 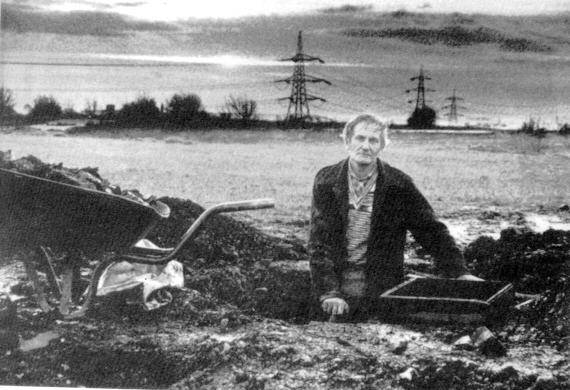 Black on the face of my Father
When he came home, ‘in his muck’
Black, is the water, that runs thigh deep
Through the mine, at Ledston Luck
Black, is the coal
That is torn from seams
That are soaked in sweat and blood
And, Black is the future of those I love
When they close the mines for good.