'We have spoken here,' said Engels, 'of the reasons why the revolutionaries of all countries are bound to sympathize with and stand up for the cause of Poland. Only one point has been forgotten and it is this: the political situation into which Poland has been brought is a thoroughly revolutionary one, and it leaves Poland with no other choice but to be revolutionary or perish. This was evident even after the First Partition, which was brought about by the efforts of the Polish nobility to preserve a constitution and privileges which had forfeited their right to exist and were detrimental to the country and to general order instead of preserving the peace and securing progress. Even after the First Partition a section of the aristocracy recognized their mistake and became convinced that Poland could only be restored by means of a revolution; -- and ten years later we saw Poland fighting for freedom in America. The French revolution of 1789 found an immediate echo in Poland. The constitution of 1791, embodying the rights of man, became the banner of the revolution on the banks of the Vistula and made Poland the vanguard of revolutionary France, and that at a moment when the three powers which had already plundered Poland were uniting to march on Paris and to stifle the revolution there. Could they allow revolution to nestle at the centre of the Coalition? Impossible! Again they threw themselves upon Poland, this time intending to rob it completely of its national existence. The unfurling of the revolutionary banner was one of the main reasons for the subjugation of Poland. A land which has been fragmented and struck off the list of nations because it has been revolutionary can seek its salvation nowhere but in revolution. And thus we find Poland taking part in all revolutionary struggles. Poland understood this in 1863 and during the uprising whose anniversary we are celebrating today it published the most radical revolutionary programme which has ever been laid down in eastern Europe. It would be ridiculous, because of the existence of a Polish aristocratic party, to regard the Polish revolutionaries as aristocrats who want to restore the aristocratic Poland of 1772. The Poland of 1772 is lost forever. No power on earth will be able to raise it up from the grave. The new Poland to which the revolution will give birth differs, from a social and political point of view, just as fundamentally from the Poland of 1772 as does the new society which we are rapidly approaching from present society.

'Another word. No one can enslave a nation with impunity. The three powers which murdered Poland have been severely punished. Let us look at my own fatherland, Prussia-Germany. In the name of national unification we have annexed Poles, Danes and Frenchmen -- and we now have a Venice three times over; we have enemies everywhere, we burden ourselves with debts and taxes in order to pay for countless masses of soldiers, who, at the same time, are used to oppress German workers. Austria -- even official Austria -- knows all too well what a burden its bit of Poland is. At the time of the Crimean War Austria was ready to march against Prussia on condition that Russian Poland was occupied and liberated. This, however, did not enter into the plans of Louis Napoleon and even less into the plans of Palmerston. And as far as Russia is concerned, we can see that in 1861 the first significant movement broke out among the students, which was all the more dangerous because the people everywhere were in a state of great agitation following the emancipation of the serfs; and what did the Russian government do, seeing, as it did, the danger? -- It provoked the uprising of 1863 in Poland; for it has been proved that this uprising was its work. The movement among the students, the deep agitation among the people disappeared immediately and their place was taken by Russian chauvinism, which poured over Poland once the preservation of Russian rule in Poland was at stake. Thus, the first significant movement in Russia came to an end as a result of the pernicious struggle against Poland. Indeed, the reunification of Poland lies in the interests of revolutionary Russia and it is with pleasure that I learn this evening that this view corresponds with the convictions of the Russian revolutionaries (who had expressed a similar view at the meeting).

'First of all, of course, sympathy for a subjugated people which, with its incessant and heroic struggle against its oppressors, has proven its historic right to national autonomy and self-determination. It is not in the least a contradiction that the international workers' party strives for the creation of the Polish nation. On the contrary; only after Poland has won its independence again, only after it is able to govern itself again as a free people, only then can its inner development begin again and can it cooperate as an independent force in the social transformation of Europe. As long as the independent life of a nation is suppressed by a foreign conqueror it inevitably directs all its strength, all its efforts and all its energy against the external enemy; during this time, therefore, its inner life remains paralysed; it is incapable of working for social emancipation. Ireland, and Russia under Mongol rule, provide striking proof of this.

'Another reason for the sympathy felt by the workers' party for the Polish uprising is its particular geographic, military and historical position. The partition of Poland is the cement which holds together the three great military despots: Russia, Prussia and Austria. Only the rebirth of Poland can tear these bonds apart and thereby remove the greatest obstacle in the way to the social emancipation of the European peoples.

'The main reason for the sympathy felt by the working class for Poland is, however, this: Poland is not only the only Slav race which has fought and is fighting as a cosmopolitan soldier of the revolution. Poland spilt its blood in the American War of Independence; its legions fought under the banner of the first French republic; with its revolution of 1830 it prevented the invasion of France, which had been decided upon by the partitioners of Poland; in 1846 in Cracow it was the first to plant the banner of revolution in Europe, in 1848 it had a glorious share in the revolutionary struggles in Hungary, Germany and Italy; finally, in 1871 it provided the Paris Commune with the best generals and the most heroic soldiers.

'In the brief moments when the popular masses in Europe have been able to move freely they have remembered what they owe to Poland. After the victorious March revolution of 1848 in Berlin the first act of the people was to set free the Polish prisoners, Mieroslawski and his fellow sufferers, and to proclaim the restoration of Poland; in Paris in May 1848 Blanqui marched at the head of the workers against the reactionary National Assembly to force it into armed intervention on behalf of Poland; finally in 1871, when the French workers had constituted themselves as a government, they honoured Poland by giving its sons the leadership of its armed forces.

'And at this moment, too, the German workers' party will not in the least be misled by the reactionary behaviour of the Polish deputies in the German Reichstag; it knows that these gentlemen are not acting for Poland but in their private interests; it knows that the Polish peasant, worker, in short, every Pole not blinded by the interests of social status, is bound to recognize that Poland has and can only have one ally in Europe -- the workers' party.

Prefaces to the Communist Manifesto

Prefaces to different editions of the Communist Manifesto. While often ignored, the 1872 preface is notable in that it explicitly revises Marx and Engel's position on a state-led transition to socialism following the 1871 Paris Commune. The 1882 preface to the Russian Edition is also notable due to its emphasis on the potential for the Russian Obschina to be the basis for communism (i.e. without a transition from… 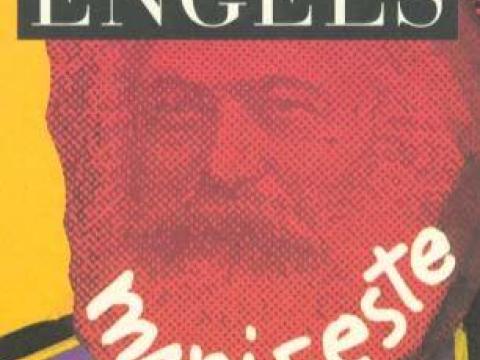 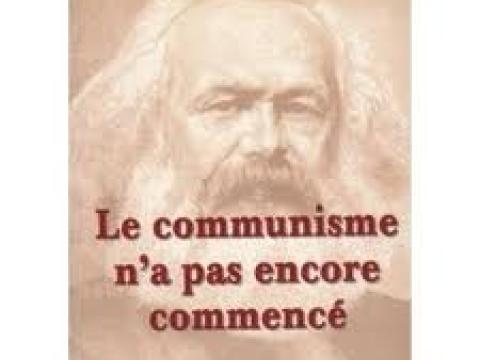 Section one. The great illusion: the Russian revolution of 1917 - Claude Bitot

An epub collecting the letters of Marx and Engels from 1842 to 1895. Letters taken from marxists.org.