Prozac Attitude.
After virtually unremitting gloom in Mike Leigh’s family dramas All Or Nothing (2002) and Vera Drake (2005) [1], it’s telling that Happy-Go-Lucky’s refreshingly light tone most strongly parallels Johnny’s cynical nihilism in Naked (1993) railing at Thatcherism’s social wasteland. Here, Sally Hawkins’ pitch-perfect portrayal of thirty-year-old primary-schoolteacher Poppy anchors a loose, patchwork narrative also set in North London bedsitland, whereas this single-character study (with superb supporting performances) wards off hopelessness with an insistently positive outlook on adversity – the catchphrase “It makes me laugh!” echoing many of the writer-director’s previous protagonists. Risking sinking under the weight of her own cliches, Poppy nevertheless conveys sufficient complexity and subtle depth to convince – whose intelligible strategy to cope with an apparently fast-deteriorating world moreover retains a motivation to cultivate in everyone around her a sense that life is worth living. The film’s tensions and dynamism then emerge from various manifestations of negativity testing the considerable effort required to sustain this philosophy.

However, this is no superficial, conservative, feelgood ‘chick-flick’ – despite bright and breezy, colourful lighting, design and widescreen cinematography mirroring Poppy’s garish grunge, wide-eyed sunny non-conformism and all-round Prozac attitude. Straightaway, her joking, self-deprecating banter falters when a sullen shop-assistant won’t cooperate – pretending things aren’t so bad sometimes being simply insulting. Likewise, an ostensibly carefree lifestyle of aimless diversions – particularly with fellow-teacher, flatmate and best friend since college, Zoe (wryly commenting that being grown-up is hard) – palls as pressures to transcend extended adolescence are palpable for all concerned. Inspirational teaching can’t single-handedly ameliorate the damaging domestic environments of the kids, older colleagues are patently unfulfilled by work, and the spin on regular Leigh themes of inter-generational relations and the demands of adulthood is reinforced by the unhappy hostility of Poppy’s two sisters (self-pitying student; straitlaced suburban housewife) counterpointing her zany complacency.

Happy-Go-Lucky’s women persevere with each other loyally, differences notwithstanding, but three dysfunctional male incarnations interrupt Poppy’s gaiety more decisively. Patience and concerned curiosity uncover the abusive source of a little boy’s bullying, which may still be preempted, while genuine feeling in a night-time encounter with an angrily incoherent homeless man hints at deeper empathy with the anguish of life falling apart. And rejecting the judgmentalism of others is no narcissistic defence because, in the sequence of driving lessons forming the film’s core, even her bitter, paranoid, utterly reactionary instructor isn’t written off. Scott’s conception of education as rigid hidebound rule-systems obviously contradicts her intuitive expressivity but, while rejecting his authoritarian excess, she persists in trying to understand where he’s coming from – which he mistakes for mocking and flirtation, responding even more obsessively and inappropriately. Then, in yet another structural balancing act, her new, rather drippy, social-worker boyfriend allows gentle caring, good humour and the possibility of passionate commitment to coexist – before the camera finally draws back as Poppy and Zoe muse on what the future holds ...

It’s hard to convey the full richness of a Mike Leigh film in a few short paragraphs. Refusing Hollywood’s cardboard cut-out conventions and heroic individual transcendences, he plays with and undermines the generic expectations of melodrama, satire, tragedy and farce in favour of minor crises or tipping points accompanying the slow accretion of painful and pleasurable experience bounded by the intransigence of a heartless world. His preference for characters from lower-class backgrounds originated in a middle-class childhood in a downmarket district of Salford where a keen sociability was fed by encounters with less privileged folk trumping the stultifying conformity of his own household and others like it [2], leading to a lifelong distrust of pretension and pomposity. From this, the strength of his ensemble pieces often lies in the generosity and goodwill found within social networks, but such phenomena are never glibly asserted and frequently overshadowed by the depression and petty malice arising from frustrated needs. Thus points of identification, alienation, sadness, hilarity and antipathy oscillate as viewers recognise themselves and others in characters simultaneously lamented and applauded, but whose integrity is always respected. The work then “aspires to the conditions of documentary” in accurate depictions of real life at specific times in identifiable places, while simultaneously representing ambitious artistic contrivance in building believable human mosaics from scratch [3].

Exhaustive individual backstories are built in close collaboration with the cast, gradually extending into collective improvisations and rehearsals from which the script is developed. The vast bulk of detail developed in this process subsequently echoes in the final product only in informing behaviour and interaction, where the actors don’t know what will happen before the characters would. Arriving at similar preoccupations to those of cinematic naturalism or social realism, the use of these entirely different means and methods gives the films their direct intensity of impact and honest, sympathetic ambivalence concerning the tragicomedies of ordinary life where relatively unexceptional situations conspire to close down or open up anyone’s potential. Happy-Go-Lucky’s central concern, indeed, is finding a suitable orientation to contemporary tragicomedies and potentials in a context where such widespread political pessimism inclines many to give up altogether. Embodying a vulnerable struggle for maturity while determined not to lose the childlike enchantment with the world that can imagine and provoke renewal, Poppy perhaps tentatively reflects – in typically sly, understated fashion – Leigh’s own ‘socialistic’ and ‘anarchistic’ impulses and hopes [4], since he takes such great pains to acknowledge the uncomfortable texture of mundane daily life precisely in order to “reveal the transformative potential that is continually being generated within it” [5].

Happy-Go-Lucky is released on DVD on 18th August.
Film review published in Freedom, Vol. 69, No. 14, August 2008.
For other reviews and essays by Tom Jennings, see:
www.variant.org.uk
www.freedompress.org.uk
www.tomjennings.pwp.blueyonder.co.uk 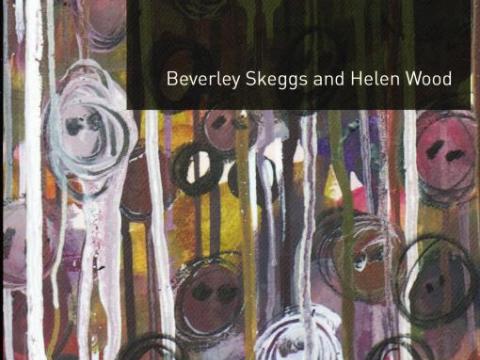 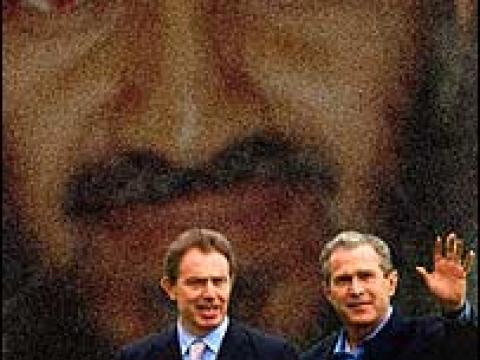