We publish our central reviews (in French, Spanish, Arabic, etc.) as part of our efforts aiming at centralizing militant activities and proletarian struggles at an international level. Our reviews are not simply brochures giving information or publications of propaganda and we do not want to "convince" individuals for whom the necessity of the struggle against the order of capitalist exploitation and bourgeois state oppression is exclusively a "theoretical question". We are proletarians who are exploited and oppressed like any other proletarians, who are forced, by the totality of our situation, to fight, to organize ourselves against the bourgeois order.

Another important feature of our central reviews is the fact that - due to their general level of globalisation and abstraction - they become an explicit reference in the history of our class, i.e. just like communist militants today use the material that was passed on to them by previous generations of militants, in the same way today's material that we elaborate will also be an element of clarification and reinforcement for communists tomorrow. In this sense, the existence of our central reviews does not depend on the present situation of the proletariat.

But it is easy to understand that as far as our real possibilities and the concrete means to publish such reviews are concerned, we depend entirely on the present (and past) situation of our class. As a matter of fact, it is clear that it would be irresponsible to decide to publish a review in this or that language (arguing about the historical necessity of it) without considering the real (immediate and potential) possibilities one has for turning such a publication into a REGULAR means for the centralization of communist activity.

Why the English language review is a special case?

For the reviews in French and Spanish, and in a nearly uninterrupted manner since the creation of our group (1978) practically all the concrete possibilities have been existing to publish them: continuous militant activity of the group using these languages; a relatively large number of militants and contacts involved in these activities and real possibilities to distribute them. For the English language review, at least some of these aspects are non-existent, or questionable (*).

During the last years we had to realize that the situation - with regard to these criteria - has become much less favourable, much more difficult for us... and of course, such a recognition of the real state of affairs, of the real state of our situation, our forces, should be linked up with the general state of isolation and weaknesses that we live in and that our movement is going through (has been going through for the last decade... and more!). We had to check very carefully and very precisely what necessities we are facing and what possibilities we do have.

For sure, wherever we have travelled, wherever we have met other comrades whose language we did not speak and who did not understand French or Spanish, we nearly always managed to communicate in English. Comrades in other countries, such as Germany, Norway, India, Taiwan,... nearly always relied on English to get in touch and communicate with us. This undoubtedly is due to the fact that English today is the privileged language, the first international language for the communication of capitalist transactions (in finance, commerce, science,...) and that consequently in most countries the imposition of English as a second language is considered by the local States to be a worthwhile investment.

So the necessity of an English language review, as a means for ourselves to contact militants in many different areas of the world, as a means and agent for the centralization of international struggle, has clearly imposed itself on us as an absolute necessity.

Compared to this necessity, our possibilities to assume such a publication, on this particular (high) level of abstraction, are really weak. They are weak in regard to the requirements for such a review (its quality) as well as in regard to the very limited means that we really dispose of: inside our group there are no comrades for whom English is the mother tongue, and outside the group, there are only few sympathizers that we can count on to help us with the translations.

Finally, we agreed that in spite of these difficulties, we really need the English language review, as it is a means of opening some (though limited) new perspectives, too. The group should act, also concerning these questions, in historical perspective, and judge the importance of its actions on the basis of this historical approach. The aspect of concrete English language activity is weaker (but not non-existent), but the potential perspective is much more important.

We are expecting all our comrades ("readers") to contribute to the task of reading, criticising, and spreading this review, as well as to the task of translating, writing, etc.. We need the comrades' contributions and we consider it our task, among others, to organize these contributions. We are aware that this will be one of the main conditions for our activities with the means of this language to become more real.

(*) This, of course, does not mean that as far as the French and Spanish reviews are concerned, we do not encounter such difficulties. But it is true that for reasons related to the "personal" history of the militants of different origins who are responsible for these publications, that the difficulties we are mentioning regarding the Communism review have less effect on the group's capacities to assure regular publications in these two languages. To have a better understanding of how we organise the political centralisation, the homogenisation of the contents of our publications in different languages, we refer to the editorial we published in Communism No.5. 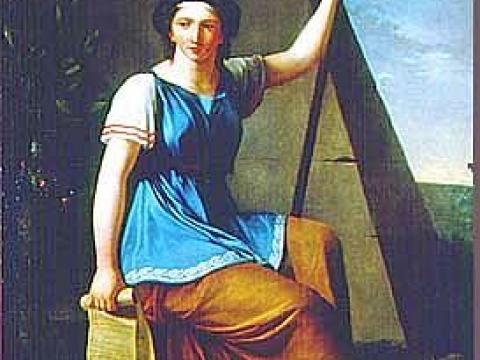 Democracy mystified: a critical review of the book, Against Democracy by Miriam Qarmat (ICG) - Roi Ferreiro

Roi Ferreiro reviews Against Democracy, and subjects its attack on “democracy as a …

Contribution to the so-called "Question of the Party" - Communism #2