John Gray - Introduction to The Question of the State

Anonymously published introduction on the now-defunct John Gray website, this is written as an introduction to La Guerre Sociale's 'The Question of the State', discussing the history of the article and its relation to the Faurisson affair where some French ultra-left groups including La Guerre Sociale supported Robert Faurisson's negationism (holocaust revisionism).

« La Question de l'Etat » requires a longer introduction than is usual for the texts we put on line. There are two reasons for this.

The first is that it comes from the french ultra-left journal La Guerre Sociale. In the early 1980's a number of french ultra-left groups became involved in supporting Robert Faurisson and his view that the nazi's had not deliberately set out to commit genocide and that the gas chambers in the nazi death camps were a hoax perpetuated by the victorious allied nations to justify their own war crimes. ( In France these ideas are called negationism ). La Guerre Sociale were one of the main protagonists in this disgraceful stupidity.

The second reason is that this article was based on one written by Gilles Dauvé, and this has been used to help justify false allegations that he also supported Faurisson and his ideas. Allegations which have been made side by side with accusations that the critique of anti-fascism and democracy made by the ultra-left currents he belonged to in the late 1960's and early 1970's « opened the door » to negationism.

« La Question de l'Etat » is unmarked by either negationism, or by the misogyny evident in the loathsome « The Misery of Feminism », which appeared in the same issue of La Guerre Sociale. ( An english translation of this was recently published by Elephant editions ). « La Question de l'Etat » represents an interesting perspective on the state. However it is scarcely possible to ignore where it has come from.

La Guerre Sociale was a group which produced a journal of the same name from the mid-1970's to the mid-1980's. Its leading spirit was Dominique Blanc who had formerly been part of a grouping called the Organisation des Jeunes Travailleurs révolutionnaires which had been formed in the early 1970's. Originally inspired by the Situationist International, the OJTR subsequently became influenced by left communism, in particular the mixture of german and italian left communist ideas developed by the milieu based around the bookshop La Vieille Taupe, from which had come the group Le Mouvement Communiste.

In 1972 the OJTR produced the text « Militantisme, stade suprême de l'aliénation » ( available on line at this link ). The grouping also produced texts under the name Quatre Millions de Jeune Travailleurs, a name taken from a 1971 PSU youth publication ( Parti Socialiste Unifié - a French Socialist Party ). In 1974 the OJTR organised a national conference and disappeared shortly afterwards. From the remains of the group came a text « Un Monde Sans Argent » which attracted favourable attention. It was published as three pamphlets by the 'Les Amis de 4 Millions de Jeunes Travailleur' between 1975-76.

In 1976 Dominique Blanc published a journal called King Kong International with a group of former members of the OJTR, Le Mouvement Communiste and the milieu around La Vieille Taupe. The following year essentially the same grouping produced the first issue of La Guerre Sociale.

Blanc contacted a number of people regarding the possibility of collaboration in La Guerre Sociale. One of them was Gilles Dauvé, who at the time still used the pen-name Jean Barrot, and who had formerly been involved with the group Le Mouvement Communiste. Dauvé did not wish to become directly involved with La Guerre Sociale, but offered two texts for possible inclusion. Before either was published he had ceased any further involvement but said they could do as they wished with the texts.

One became the basis of the article reprinted here. It was rewritten without Dauvé's participation -- « completed, drastically cut and profoundly corrected and revised » according to La Guerre Sociale, although they also stated about 70% of the result was from Dauvé's original article [La Guerre Sociale no. 7 pp 42 & 43]. The result appeared under the title « La Question de l'Etat » in the second issue of the journal. According to La Guerre Sociale Dauvé declined to have his initials put to the published article and also reportedly stated that his views about the state were better expressed in an introduction he wrote to a collection of articles from the 30's left communist paper Bilan. ( That introduction is available on line at that link. One part of it was translated into english, again without his involvement, under the title « Fascism/Antifascism ». The translation can be found at that link together with Dauvé's recent comments on it ). La Guerre Sociale for their part were emphatic that they were responsible for « La Question de l'Etat » and that it represented their viewpoint.

The second article which Dauvé had given them, titled « Le totalitarisme et son mythe », was used as source material for a much longer text by La Guerre Sociale which appeared in its third issue ( 1979 ) under the title « De l'exploitation dans les camps à l'exploitation des camps ». This article was quite influential within some sections of the French ultra-left.

« De l'exploitation dans les camps à l'exploitation des camps » tackled the concentration camp system and its subsequent use for ideological purposes. It drew extensively on the work of Paul Rassinier, a lifelong pacifist and former left-oppositionist, socialist deputy and then member of the Anarchist Federation in the 1950's, who had been imprisoned in German labour camps during the war for resistance activities. Rassinier had written a number of books after the war challenging other accounts of the concentration camps, in the course of which he moved from scepticism about the idea that there had been extermination camps as well as labour camps, and that there had been any deliberate genocide of jews, to denial of the scale of the genocide. For the ultra-left one of the points of interest in Rassiniers writings was his visceral anti-stalinism - in his account of his experiences he accused Communist Party members of collaboration in the functioning of the camps. What the Guerre Sociale article 'failed' to mention was Rassiniers equally obvious anti-semitism. Unlike subsequent articles by La Guerre Sociale this one largely professed a careful agnosticism regarding many of the claims of negationism - one account of this sorry episode in ultra-left history describes it as « pre-revisionist ».

However at the same time that the article was published in the journal, extracts were used on a wall poster titled « Qui est la juif ? » ( Who is the Jew ? ) which Guerre Sociale published in defence of Robert Faurisson, a then obscure professor of literature with a taste for controversy, who was being 'persecuted' for declaring that the gas chambers had not existed.... Faurisson's 'victimisation' by opponents of his views was compared in the title of this wall poster to the victimisation of Jews. Thus began the frankly bizarre love affair between small sections of the French ultra-left and Faurisson, echoes of which have continued to reverberate ever since.

The 'intellectual' mentor of this coupling was Pierre Guillaume, an ex-member of Socialisme ou Barbarie and Pouvoir Ouvriere who had founded the bookshop La Vieille Taupe, which from 1965 to its closure in 1972 provided a home to the section of the ultra-left milieu referred to above. In 1978, some years after the bookshop had closed and the milieu around it had largely dispersed, Guillaume became infatuated with Faurisson and subsequently revived the name La Vieille Taupe for a publishing house devoted to negationism. Today he is the principal negationist publisher in France. However if Guillaume was the messenger, La Guerre Sociale were the prime movers in disseminating the revisionist message within the French ultra-left in the early 1980's.

Gilles Dauvé's involvement with Guillaume and La Guerre Sociale before they began to support Faurisson has in recent years been used to brand him, unjustly, as a negationist like them. In reality, in 1983 the disagreements between Dauvé ( by then involved with the journal La Banquise ), and La Guerre Sociale, disagreements which included a rejection of their support for Faurisson, as well as a rejection of the type of ultra-leftist activism which La Guerre Sociale stood for, became public with the appearance of the article « Le roman de nos Origines » in La Banquise no. 2. ( It can be found - in French - at that link ). Along with a lengthy critique of Guillaume and La Guerre Sociale, it contains an interesting account of the origins of these currents in the French ultra-left. Dauvé's more recent views on the ultra-lefts involvement with Faurisson and negationism can be found here and also here.

The following translation of La Question de l'Etat is a revised version of an unpublished translation made in the early 1980's in London.

As the author of this I'd like to make a couple of observations.

Firstly it's not by anyone called 'John Gray'. It originally appeared on the long defunct 'John Gray' website. (Pro tip: when you collectively think of an 'amusing' in-joke to name your website try googling it to see whether it might lead to 'hilarious' misunderstandings). But it was published anonymously and IMO it is sensible to acknowledge the actual names (or lack of them) on texts when they are reprinted.

Secondly I am a little curious as to why it's been reprinted now, and is being cited on the Pierre Guillaume article. It was written as the introduction to a specific article which is also in the library although I note it's not linked to it in any way above

It wasn't intended as a general account of far-left and ultra-left negationism and it doesn't give one. (Such an account would have to deal with a number of other groups and individuals, as well as a number of other issues). It refers to Pierre Guillaume's role in promoting negationism but it doesn't really give an adequate account of it because that wasn't relevant to its function as an introduction. And it was written at the end of the 1990s when the history of far and ultra-left negationism was a 'hot' one in France and so addresses matters that had arisen in that specific context at greater length than would be necessary today. (I'm thinking particularly here of the allegations made at that time about Gilles Dauvé).

Looking at it today I can't see any errors or any points I would make differently given it's purpose. If, however, instead of an introduction to an article I was writing an article about far and ultra-left negationism, and the issues raised by it, this would not be it.

The 'John Gray' error is my fault - I know it was just a website name, but I didn't really think when writing the introduction that other people wouldn't know about the John Gray website. I'll change it to "anonymously published introduction on the now-defunct John Gray website' to be more clear.

Secondly I am a little curious as to why it's been reprinted now, and is being cited on the Pierre Guillaume article. It was written as the introduction to a specific article which is also in the library although I note it's not linked to it in any way above

Because I didn't know we had that on the site.. I'll add a link to it from there too.

As to why I republished it now - the Dauve allegations still crop up on social media every year or two, and this was the only piece in English I was able to find that dealt with them. So it's republished for the same reason it was originally written.

Thanks for commenting on this, and for the original John Gray website! 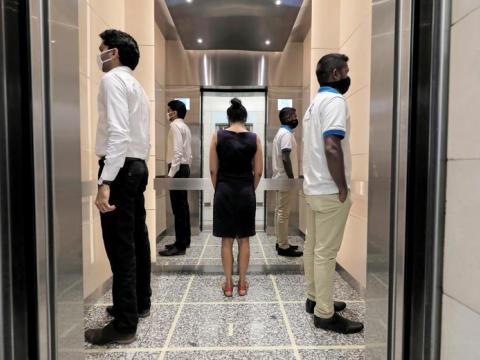 Gilles Dauve reflects on the pandemic crisis and its consequences.
Image