A last look round

Short article about the educational experiences of an anonymous sixth former.

I AM ONE OF THOSE PEOPLE WHO ARE PRODUCED as living advertisements for the comprehensive system as I started life in a "non-academic" stream, and moved, imperceptibly and painlessly into the academic sixth — something which happens more frequently inside a comprehensive school than by way of transfers between one school to another outside. Any criticisms of the school which I make have to be seen in the light of the fact that it has served me well.

The first point which occurs to me to be worth commenting on is whether a school which is not co-educational can be truly said to be comprehensive. Most of the schools described as "comprehensive" in the County of London are mixed schools, but a number, including my own, are for boys or girls only. This is apparently partly the accident of history, where an original school has been enlarged, and partly a matter of policy, since it is thought necessary for parents to be able to select an all-girls or all-boys school if they wish. Apart from any other arguments for or against mixed schools, the concept of the school as a community is very much weakened in those schools where one sex is banished, since a large part of people's interests must be centred outside the school.

But apart from the fact that in such cases there is something rather unappetising about an all-girls community, one is apt to wonder whether the concept of a "community" is a little overdone. This is a heretical view in English education, but an article which I read recently about secondary education in France, made it clear that the idea of a community is not thought very important there, and no-one seems to suffer. According to Mr. J. G. Weightman, there is no talk in French about "character-training" and "community spirit" or about the idea that "the best part of education is outside the syllabus". There, apparently, "all schools on a given level, apart from the grandes écoles, are inter- changeable and it doesn't normally occur to the French to ask each other where they went to school." Moreover, "In the lycées, what counts is not the general atmosphere, which is much the same everywhere, but the pupil's relations with his class-mates and the influence of individual teachers. These are not deliberately arranged parts of the system, but they are important effects. Perhaps because the school is not thought of as a community, solidarity between individuals counts more. The members of a given class tend to think of themselves as a generation, and they further divide up into small groups or pairs bound together by a very warm notion of comradeship."

Isn't this, apart from the official and perhaps rather juvenile ideology of the spirit of the school, what actually happens here? And shouldn't we admit it? This is why I think that the argument about whether the London comprehensive schools are too big or not, are rather wide of the mark. It is conceivable that there is more freedom to be oneself in such a school than in a smaller, more intimate one, although none of the defenders of the size of the big schools ever say so, concentrating instead on the possibilities of "breaking the school down" into smaller units. It would be as logical to defend the sheer size of the big school because of the greater variety of possible friendships among both girls and staff that it offers. I am sure that to the individual girl it is the small group that matters whatever the size of the school. The writers of juvenile school stories know this — all those "fearsome fours", "terrible fives"and "secret sevens".

The same thing affects the alleged breaking down of class barriers which is claimed for the comprehensive school. If it happens at all, it happens on the individual level for individual girls, in groupings based on common interests. If, as might very well be true, girls of different social origins have different educational or social interests, this social integration will not happen, despite any good intentions. Social theorists usually expect too much of the schools, a school should not be considered as an instrument for modifying the class structure of society. Its function is simply to teach people, which is a big enough task.

Two final points. Firstly about school uniforms. For juniors they have obvious advantages, foremost among them being that the way a girl is dressed need no longer announce that her parents are wealthier than those of other girls. For seniors they are an embarrassment and a general horror. Wouldn't more girls stay beyond the fourth form if one of the privileges of entry into that form were the abandonment of uniforms? Secondly, may I enter my protest against the horrors of compulsory games at any age?

SIXTH-FORMER is 18 and has just completed her final year at a London comprehensive school, and begins a university course in the autumn. 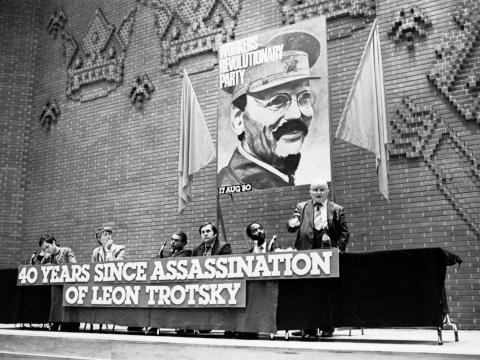 The break-up of the WRP: from the horse’s mouth - Simon Pirani

Short account from a parent about their experience with two children in state education, taking the eleven plus exams.