“The old man in London” and his critics.

It seems to me that Dolgoff is shifting ground — he is not disputing most of the points I made, but is introducing red herrings and quibbling over terms.

1. When you make something up which isn’t true and which has no basis in fact, it seems to me that you are deliberately fabricating.

Nowhere did I suggest that Mehring was “an opportunist”, or that he was not a revolutionary. I just think that he was wrong in this matter. Beyond that, I pointed out that Mehring’s so-called “authorized” biography was certainly not authorized by Marx. I find it fundamentally dishonest for Dolgoff to base so much of his argument on the views of the German SPD leadership group, including Mehring, when it is well known that they were greatly at odds with Marx over a number of important issues, including that of the state. They are on record as believing that “the old man in London” was out of touch in his insistence on the revolutionary abolition of the state.

And further on Mehring, Marx himself is on record as having been quite critical of Mehring in particular. He called his future “authorized” biographer a “liar” and a “reptile”. Hardly a recommendation.

3. The point bears repeating: it is perfectly consistent to say that a historical relationship, such as slavery or capitalism, was a progressive phase in the evolution of society, and to still be opposed to it. This was Marx’s position — I think quite correctly — and only a non-Marxist moralist would see this as an “endorsement” rather than as part of what it is: an analysis.

4 & 5: “This entire Jewish world, which forms a single profiteering sect ...a single gluttonous parasite, closely and intimately united not only across national borders but across all differences of political opinion...” This sounds rather like a conspiracy to me. The point, however, is not the word “conspiracy” but the fact that Bakunin attributed common goals, interests, and ideas, to Marx, Bismarck, and Rothschild.

6. Dolgoff does not seem to grasp the vast difference between what people say and what they do, between their intentions and the way their intentions work out in practice. It is not a question of whether Bakunin intended to head a secret dictatorship (althought he certainly did advocate one) but whether his conspiratorial, centralized structures would have resulted in one regardless of his intentions one way or the other. This was the point of my reference to Stalin: certainly not to compare him to Bakunin, as Bruce Allen seems to think, but to show that Bakunin's injunction against holding public office is meaningless, since even Stalin held no public office. The movement has no need of self-appointed or any other kind of saviours, not even well-intentioned anarchist ones. 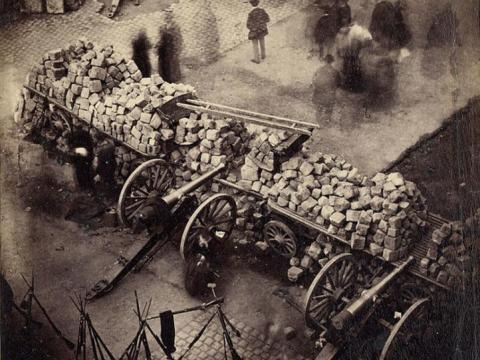