A contribution by Cyril Smith to the International Socialist Forum Seminar on "Beyond Capital", by IstvÃ¡n MészÃ¡ros, 28 June, 1998.

Istvan's book opens up vital questions about the transition to socialism that will take us many years of work to consider. However, because of the way the book is written, what he has to say is not always immediately obvious. His low-key exposition of particular important issues seems to call for amplification. Of course, this brings with it the danger of distortion, which I hope I have avoided.

I shall concentrate on three points: (a) Lenin sometimes asserted that the Russian revolution, breaking the 'weakest link in the imperialist chain', was 'the model' for revolutions everywhere; (b) he introduced the idea - not to be found in Marx, but central for the work of Trotsky - that, after the revolution, what emerged in the Soviet Union was a 'workers' state'; and (c) Lenin's conception of the 'vanguard party', and its relation with the working class, which has moulded the outlook of revolutionaries ever since, should be re-evaluated. Beyond Capital is important, among other reasons, because it demonstrates the link between these three characteristics of Leninism.

On the first of these issues, Istvan contrasts Lenin unfavourably with Rosa Luxemburg:

That is why Lenin's remarks in the aftermath of the Russian revolution, depicting the latter as the model and as the 'inevitable and near future' of the capitalistically advanced Western countries, had to turn out to be so hopelessly optimistic, whereas Rosa Luxemburg's words that 'In Russia the problem could only be posed; it could not be solved in Russia' stood the test of time. (BC, p 317.)

A footnote to this paragraph is important:

It is true that Lenin asserts in the previous sentence that 'soon after the victory of the proletarian revolution in at least one of the advanced countries, a sharp change will probably come about; Russia will cease to be the model and once again become a backward country (in the "Soviet" and in the socialist sense).' ... He continues his article immediately after the sentence just quoted like this:

'At the present moment in history, however, it is the Russian model that reveals to all countries something - and something highly significant - of their near and immediate future.'

Thus, the adoption by the Third International of the perspective according to which the Russian revolution and its aftermath represented the 'near and immediate future' of even the capitalistically advanced countries, cannot be dissociated from Lenin. (BC, p 500, n 68)

I want to quote another important passage at length:

It was Lenin, as we all know, who worked out the strategy of revolution 'at the weakest link in the chain', insisting that the dictatorship of the proletariat must be considered as the only viable political form for the entire historical period of transition that precedes the highest stage of communism, in which it becomes possible to implement the principle of freedom. The most significant shift in his analysis was envisaging the that the 'material foundation' and the supersession of 'penury' will be accomplished under the dictatorship of the proletariat in a country which sets out from an extremely low level of development. Yet Lenin saw no problem in suggesting in December 1918 that the new state will be 'democratic for the proletariat and the propertyless in general, and dictatorial against the bourgeoisie' only.

There was a curious flaw in his usually impeccable reasoning. He argued that 'thanks to capitalism, the material apparatus of the big banks, syndicates, railways and so forth has grown' and 'the immense experience of the advanced countries has accumulated a stock of engineering marvels, the employment of which is being hindered by capitalism', concluding that the Bolsheviks (who were, in fact, confined to a backward country) could 'lay hold of this apparatus, and set it in motion'. Thus the immense difficulties of transition from one particular revolution to the success of a global revolution (which is beyond the control of any one particular agency, however class-conscious and disciplined) were more or less implicitly brushed aside by voluntaristically postulating that the Bolsheviks were capable of taking power and 'retaining it until the triumph of the world socialist revolution.' (BC, pp 903-4.)

With the failure of the world revolution to materialise after 1917, the contradictions in Lenin's conception manifested themselves. Lenin, says Istvan, 'simply could not envisage the possibility of an objective contradiction between the dictatorship of the proletariat and the proletariat itself'. With this remark, Istvan puts his finger on the key question, and forces us to reconsider the entire tradition, common to the Third and Fourth Internationals, which declared that the Soviet state was a 'workers' state'. The book refers to 'the difficulties and contradictions of postrevolutionary societies' which 'cannot be overcome by perpetuating, and in an important sense - so far as the relationship between party intellectuals and workers is concerned - even aggravating, the structural divisions of the inherited social order.' (BC, p 395.) It goes on:

For after the revolution, when the party holds the reins of power and social control, there can be no longer any such thing as plain 'from outside'. The so-called from outside - vis-Ã¡-vis the masses of workers - becomes simultaneously also the hierarchically self-perpetuating from above. ... Under the changed circumstances, by contrast, 'intellectual leadership' becomes institutionalised political control of the masses, exercised from above and enforced with all means at the disposal of the postcapitalist state.

Increasingly, even before the Stalinist degeneration set in, the 'workers' state' came to be counterposed to the working class. From 1920, this idea of a 'workers' state' became so much the norm in the Comintern, that I, for one, was astonished to discover, seventy years later, that it had been a Leninist innovation. Thus the disappearance of Soviet democratic power could be regarded as a 'bureaucratic deformation' (Lenin, 1921) of an ideal type, sometimes called a 'healthy workers' state', which could be taken for granted, with out further discussion. Everybody forgot that Marx's term 'dictatorship of the proletariat' had nothing to do with the modern use of the word 'dictatorship', but implied free self-determination by the masses. Discussing what Lenin called 'the dictatorship of the proletariat in the economic sphere ... the dictatorship of the workers in economic relations' (BC, p 632), Istvan underlines the change in Lenin's understanding of state power:

Thus on some vital issues, concerning both the exercise of state power and its relationship to the proletariat, he radically altered his position after the October revolution, with far-reaching consequences for the working class. In contrast to the pre-revolutionary intentions which predicated the identity of the 'entire armed people' with state power, there appeared in Lenin's writings a separation of state power from 'the working people', whereby 'state power is organising large-scale production on state-owned land and in state-owned enterprises on a national scale, is distributing labour-power among the various branches of the economy and the various enterprises, and is distributing among the working people large quantities of articles of consumption belonging to the state'. The fact the 'distribution of labour-power' was a relationship of structural subordination, did not seem to trouble Lenin, who by-passed the issue by simply describing the new form of separate state power as 'the proletarian state power'. (BC, p 633.)

This brings us back with a shock to the most fundamental notion of Marx: the proletariat must emancipate itself . The job could not be left to some other force, called 'the Party' or 'the State'. Istvan is absolutely right to quote with approval the words of Rosa Luxemburg's Spartakus pamphlet:

Socialism will not be and cannot be inaugurated by decree: it cannot be established by any government, however admirably socialistic. Socialism must be created by the masses, must be made by every proletarian. Where the chains of capitalism are forged, there must the chain be broken. That only is socialism, thus only can socialism be brought into being. ... The masses must learn how to use power by using power. There is no other way. (BC, pp 398-9.)

Now we can see more clearly the profound significance of Lenin's 1902 formulation, that 'socialist consciousness' has to be 'brought into the working class from the outside'. As Istvan says, in a characteristically understated remark, this thesis 'proved to be historically unviable in the course of twentieth century developments'. (BC, p 25.) Eighteen years later, when the Soviet state, now bereft of anything worthy of the name 'Soviet', was left in a precarious isolation, Lenin's party found itself ruling a state which had to defend itself against the working class. Istvan expresses the problem like this:

(E)ven in basic organisational terms the 'Vanguard Party' was constituted in such a way that it should be able to defend itself against the ruthless attacks of a police state, under the worst possible conditions of clandestinity, from which inevitably flowed the imposition of absolute secrecy, a strict command structure, centralization, etc. It we compare the self-defensively closed structure of this Vanguard party with Marx's original idea of producing 'communist consciousness on a mass scale' - with its necessary implication of an inherently open organisational structure - we have some measure of the fundamental difference between a defensive and an offensive posture. When the objective conditions implicit in such an aim are in the process of unfolding on a global scale, only then may one realistically envisage the practical articulation of the required organs of socialist offensive. (BC. p 675.)

For those brought up in the tradition of Trotskyism, this understanding of Lenin's fundamental ideas is shattering. If the working class is going to develop that 'communist consciousness on a mass scale', which is the essence of Marx's notion of revolution, we must stop trying to reconcile Bolshevism with Marx's conception of 'mass communist consciousness'. The two are diametrically opposed. That is why it is so vital that we tear ourselves away from the idea that Lenin's work gave us a 'model' for all revolutionary activity. Lenin's idea of forms of party organisation changed with the political context in which he fought. But that is not the basic issue. These changes themselves were decided by 'the Vanguard Party', always lagging behind the changes in the class movement. It is nether a matter of correcting Lenin's 'mistakes', nor of deciding whether 'Lenin planted the seeds of Stalinism'.

What underlies every aspect of the history of the Bolshevik faction and the Bolshevik Party is Lenin's conception of consciousness. As is shown most clearly in his dreadful book Materialism and Empirio-Criticism, Lenin combined a mechanical 'theory of knowledge' - very much like that of John Locke - with a voluntaristic understanding of political leadership. In the Notebooks on Hegel, he begins to question this stuff, but never gets to the heart of the problem. (Of course, Lenin was not able to read some of the key text of Marx, which were not available until after his death.)

In our insistence that the October revolution broke imperialism 'at its weakest link', and that Bolshevism showed how a determined leadership could break through the enormous problems which resulted from this relationship to the rest of the world, we cut ourselves off from the essence of Marx's idea of communism. That is why I believe that the issues dealt with in Beyond Capital give us the starting-point for a development of Marx's ideas, vital for the working-class movement today and tomorrow. 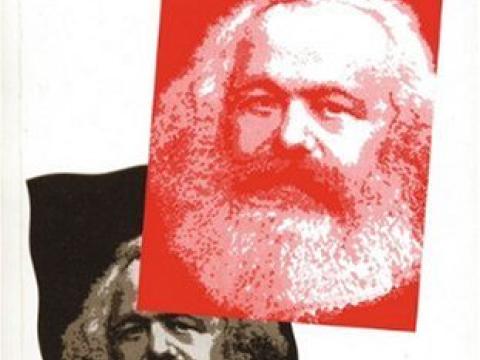