Rejection of an underground leaflet falsely ascribed to the decists. Source used for this translation was Stephen Shenfield's upload: Collection of documents on the Decists (p. 71-73)

At the conclusion of the Comintern plenum, in the ''Communist International'' journal nr. 6/7 of 1928, in the ''Bolshevik'' nr. 3-4 stalinist thugs again made deafening accusations at the address of the "Sapronovists" (under this title the party-apparat has in mind the group of comrades, signatories of the "platform of fifteen"). The report is about the discovery of a clandestine leaflet "Workers' path to power", which the sapronovist group allegedly published. The most zealous hacks, like Slepkov, directly attribute the authorship to Sapronov himself.

What kind of document is this? When was it published? And who discovered it? Why is it
ascribed to "the sapronovists" and no one else? About this, of course, one can only make guesses, because we have no other material, than what is considered necessary to report "for enlightenment" by Bukharin, Martynov and Co. It's not difficult, however, to guess even on the basis of these scarce materials, that here occurs after the failure of the "case" about the "Wrangelist officer" a new and no less vile provocation and aid [sic], on which the party-apparat is forced to embark to justify its repression against the opposition. To begin with - the gentlemen prosecutors did not consider it necessary to report even an approximate publication date of the "document". It is known to everyone, that the group of fifteen, to which the document is ascribed, by now for nearly two months, is spread over the GPU prisons and sent out to exile. In particular, Sapronov himself, whom "the document" is personally charged to, was already on January 3 sent to exile in Arkhangelsk. Therefore, if you believe Martynov, "the document" could be drawn up by Sapronov and the sapronovists only in December. But then it should show that the views expressed in ''workers' path to power", coincide with the views that the group of fifteen [...], the "sapronovtists'' openly defended in other documents relating to the pre-Congress and Congress period. To this time relate: "The platform of fifteen'', which was addressed to the Congress and defended during the so-called "discussion"; the statement to the October plenum of the CC on behalf of the ''Group of Fifteen''; the counter-theses on the question of economic construction and on work in the countryside, filed in November on behalf of the same group in the "Discussion leaflet", now printed in it; finally, the statement at the XV Congress (December). Even a superficial familiarity with all these documents is enough to understand the senselessness and falsity of charging the "sapronovists" with publishing the underground leaflet 'Workers' path to power". The views expressed in the latter have nothing to do with the platform of group-15. "Workers' path to power" advances in the first place the actually syndicalist idea of control of factory-industry through the trade unions, factory committees, etc. The Group of 15 has never stood and does not stand on this position. It puts for the trade unions as the main problem - the protection of material-everyday, and cultural interests of workers together with participation in socialist construction, but not production management. "Workers' path to power'' puts in the shadow the question of the organization of soviets, of soviet democracy, of the role of the state. Group-15 puts forward this issue at the forefront of their documents. Precisely she, put forward the slogan "restoration of soviets as genuine organs of the proletarian dictatorship''. "Workers' path to power" diminishes the role of the party as instrument of the proletarian dictatorship, whereas "group-15" considered and considers the party to the fundamental tools in the realization of proletarian dictatorship. She announced struggle against the party-apparatus exactly because the stalinist apparatus liquidated the Party and through the elimination of the party commits the elimination of the dictatorship. Here one should add that the group of fifteen, even during the sharpest differences with the "opposition bloc" and with the group of comrade Trotsky on tactical issues, have never resorted to such a tone and to such methods of criticism of the "trotskyists", which figure in "Workers' path to power'' and which differ in nothing from Stalin's methods in the struggle against trotskyism.

Both Bukharin and Martynov as well as their henchmen of the Slepkov-type recognize that
"Workers' path to power" preaches ideas that are close to the ideas of the former Workers' Group of Miasnikov and approach the views of the ''Workers' Opposition''. We see here almost the complete system of anarcho-syndicalism in the spirit of the ''Workers' opposition" and "Myasnikovtchina" – Martynov writes about the document: hence, they KNOW the ideological origins of this document. Maybe they even know a few things in addition to the ideological side of the case: it would be a poor secret department OGPU, if it did not have proper information about that. All the more despicable, the more disgusting are the provocative words and deeds of these gentlemen, who, consciously knowing that "Workers' path to power'' has nothing in common with sapronovists' views, still ascribe it to [...] Sapronov. Why is it done? It is not hard to guess. For the current gravediggers of revolution it's necessary to justify the exile and arrests of opposition-ists by previous repression, which was undertaken in a completely different situation - against Myasnikov and "Workers' group". To do this they had to lead the Comintern and the party by the nose, that the current opposition is nothing other, than "Myasnikovtchina''. In realization of this goal, they do not stop before fraud and forgery, before those techniques that Kerensky and Pereverzev in 1917 brought into play against the Bolsheviks.

In this work now combine their efforts old muddle-heads like the menshevik Martynov (Leader of the "Comintern" journal) and young scoundrels like the cadet Slepkov1 (de facto editor of ''Bolshevik''). Let them lie, let them slander. The opposition will find ways and means to communicate its truth to the workers.

Bordiga's 1965 essay on the activity of communist militants when class struggle is at a low-ebb.

Article on the necessity of free, open discussion within the CPGB, and the need for Workers' Dreadnought to remain independent of the party Executive. 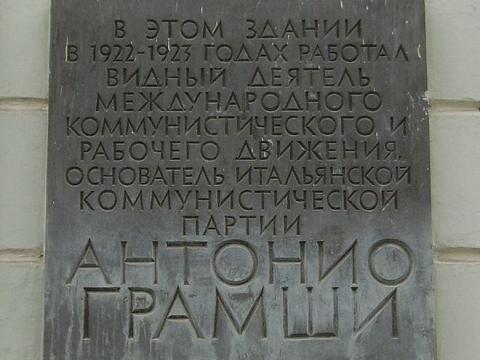 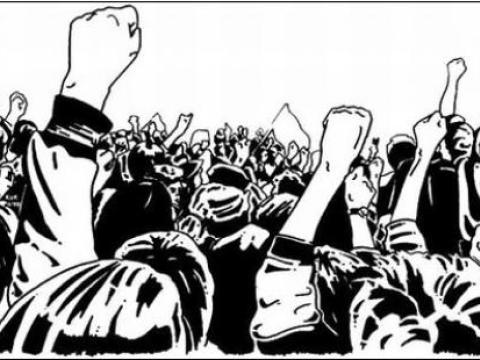 This article from Bilan, the journal of the Italian communist left in exile in France and Belgium, examines what they consider the disorienting…