Nine Guides to Saving the Planet (Not!)

Pity the poor soul who embarks here. You could spend the rest of your life reading about saving the planet. I only wasted a summer. In these books, the reader floats uneasily in the ocean of facts that make up our ever more crowded world, with its temperature rising, its ozone layer balding, its biological and cultural diversity vanishing. Remarkably, for such a complicated and controversial subject as the future of the world, these books share many of the same views, with a couple of notable exceptions. Maybe that's why we need a sea change in environmental consciousness. The school of global ecological management rules. What it is.

This was the document that enshrined the notion of sustainable development and set the tack for the Earth Summit. It reflects the positivist perspective of believers in the United Nations. Chaired by the vice-president of the Socialist International, Gro Harlem Brundtland, the commission reports that poverty is the principal cause of environmental degradation. Equity is the answer to the tragedy of the commons. But we must face the limits to growth. It is all there, the entire basic argument for worldwide solutions to the crisis of the environment and human misery. Comprised of blue-ribbon representatives from 28 countries, the commission eschews confrontation. It is not that there is one set of villains and another of victims, they say. While giving good lip service to public participation, the model promoted here is global governance. The Commission enshrines Public Hearings as its trademark. But one gets the worrying feeling that all of this might be a mere sideshow to the real consolidation of power under green regimes, not unlike the relationship of the Global Forum's eco-bazaar to the Earth Summit in Rio 92.

UNCED's megaglobalmaniac agenda for the 21st century was to be signed by world leaders at the Earth Summit. This guide to Agenda 21 boils the lofty goals down to seven priority areas: Revitalizing Growth with Sustainability (The Prospering World!), Sustainable Living (The Just World!), Human Settlements (The Habitable World!), Efficient Resource Use (The Fertile World!) , Global and Regional Resources (The Shared World!), Managing Chemicals and Waste (The Clean World!), and People Participation and Responsibility (The People's World!). It sounds like an overly stimulated cross between the Comintern and Exxon. No doubt there are some good ideas here. But when it came down to negotiating the actual 800-plus-page agenda, all the controversial parts were simply bracketed. Finally, the document was adopted by acclamation [sans controversial sections and any budget commitments]. Hailed as a blueprint for the planet, the vacuously wordy result goes to show that the future is not likely to be decided by consensus. What is interesting about this huge undertaking is what has been taken out since Our Common Future. Sections on population and the military were essentially gutted. The ongoing adaptation of Agenda 21 to political exigencies was captured on-line by Econet. Also available are the Rio Declaration (a short homily to U.N. cliches), Forest Principles, Treaty on Biological Diversity, and the Convention on Global Climate Change.

Twenty years ago, in The Limits to Growth, the authors predicted that we only had 20 years to change our ways. Now the sequel to the international bestseller proclaims that we only have 20 years to change our ways. Would it be safe to predict that 20 years from now the dire predictions will continue? Or will millenial fever die down when the planet soars past the year 2000? It seems unlikely. We've already overshot our limits, warn Meadows and company. And don't say we didn't warn you. This is the basic premise behind the whole worldwide debate for which the Earth Summit was supposed to be the apotheosis. The word comes from a computer program called World3. In computers, we trust. Tellingly for the times, however, the number crunchers conclude that saving the world will require changes in consciousness and spirituality. This is the mantra of the New Age Order, which seems destined to be ruled by ecotechnocrats using the rhetoric of religion.

The author was the founder of Scientific American. His earnest balancing act strives for the middle of the road, carefully weighing historical evidence, tendencies to environmental hysteria, and the apparent limits to management. But in the final analysis, Piel demonstrates how the scientific establishment has been the driving force behind the effort to enshrine ecological management as the ne plus ultra of global governance in the future. Naturally, since scientific technocrats have much to gain in that revolution, if we may be so bold as to call it that. Piel eschews the spiritual dimension in favor of hard facts. And he is more optimistic than many of the others. He puts his faith in economic growth and human development so he fears not a doubling of world population, projected for the end of the 21st century. But then we will have reached the limits, he asserts. We have not much more than a century to find our way to the steady-state, Piel warns. Listen good now.

Today's politically correct policy wonk hews to the Worldwatch line. The Institute seems perfectly positioned for the next think-tank wave inside the Washington beltway. Apres l'American Enterprise Institute, nous, Worldwatchers were the darlings of the Earth Summit circuit (and they had the best lunch for the press). It all seems so simple when they speak. For the most part plain spoken and relatively jargon free, Worldwatch is widely read and quoted. We can see the future, they say. Best believe. Place your bets. As advertisers are fond of saying, they say, this is a limited time offer. It will soon expire.

Another popular line for the most up-to-date pundits sounds more than a little like ecology for Rambo. If the environment is a security issue, why not let the security forces handle it? Gung-ho military men can now embrace their new mission: saving the earth. That way we can save the military too. The peace dividend should be invested in the environmental-security agenda, the authors argue. Prins, a security don at Cambridge, imagines a Green War Room, monitoring environmental crises worldwide. A computer program called CASSANDRA tracks these security threats. And a Green Police Force under the United Nations is deployed to enforce rules. This book was designed as a companion to a TV show by Ted Turner's Better World Society. And it reads like a TV show, with lots of pictures, graphs, computer screens and boxes.

Here, the wannabe environmental vice-president lays out his vision for the new age in excruciatingly earnest prose. Talk about family values. Gore analyzes the world as a dysfunctional family that must heal itself to save itself. He seems an apt personification of this moment in ecology. He seems to have fashioned his line in an encounter group of the world's trendiest environmentalists. He rubs elbows with Ted and Jane, Shirley and the Dalai. This globe-trotting parliamentarian's bottom line is personal change. And his Global Marshall Plan for saving the environment is a market basket of hip proposals including carbon taxes, virgin materials fees, full life-cycle costs, efficiency standards throughout the economy. Look at how Mr. Military Appropriations has transformed himself into the Green Candidate!

This is the new face of green capitalism. While the stereotype continues to be of industries keeping costs low, the smart money bets on passing on costs and garnering profits from environmental regulation. The themes of this new business environment: the polluter pays, open markets are crucial for sustainable development, environmental costs are internalized and reflected in prices and within the evaluations of capital markets. The report analyzes how these changes can be managed, and what the implications are for production, investment and trade. The BCSD calls for broadening and deepening the relationships between buyers and sellers and long-term partnerships to boost both economic development and environmental standards in the developing world. So this is s'posed to be the new world?

This collection of essays by the Brazilian Institute of Social and Economic Analyses--the countryâ€™s preeminent NGO--was produced to reflect the Third World, and more specifically Brazilian, perspective on the Earth Summit. It is an excellent example of the adaptation of the left-wing, anti-imperialist, popular movement line to the changing times. In an era when the rhetoric of ecology reigns supreme, this book and the Brazilian experience show that socialists are not going to be left out. The right is not wrong in pointing out how quickly red has turned green. Shifting rhetoric and jargon included in these essays provide a trenchant Third World take on current environmental debates about poverty and development, energy and timber, Indians and the Amazon, GATT and free markets, global governance and the grass roots. 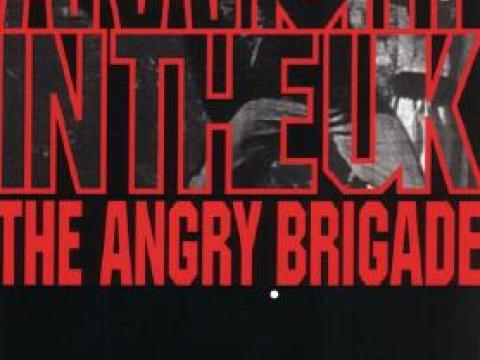 An excellent piercing, critical review - by an ex-Brigade member - of Vague's romanticising,…

The Given Day, by Dennis Lehane - Tom Jennings

Aspiring to reveal the long roots of 20th century America’s fantasies of itself, Lehane’s new book nails some while reproducing others.