Over 2 million killed every year by work, says ILO

A report produced by the International Labour Organisation (ILO) in 2005 shows that some 2.2 million people die of work-related accidents and diseases each year. Adding that this number may be fastly underestimated due to poor reporting in many countries.

On top of these deaths1 , some 160 million people have work-related diseases and the number of work accidents, fatal and non-fatal, is put at 270 million a year.2

While the number of work-related illnesses and deaths has lessened somewhat in the industrialized countries, the ILO report said the number of accidents - in particular fatal accidents - appear to be increasing, particularly in some Asian countries due to poor reporting, rapid development and strong competitive pressures of globalization.

"Occupational safety and health is vital to the dignity of work", said ILO Director-General Juan Somavia. "Still, every day, on average, some 5,000 or more women and men around the world lose their lives because of work-related accidents and illness. Decent Work must be safe work, and we are a long way from achieving that goal."

What's more, the ILO report, entitled Decent Work - Safe Work, ILO Introductory Report to the XVIIth World Congress on Safety and Health at Work, Orlando, USA, also warns that work-related malaria and other communicable diseases as well as cancers caused by hazardous substances are taking a huge toll, mostly in the developing world. The majority of the global workforce lacks legal or preventive safety or health measures, accident or illness compensation and has no access to occupational health services.

"The sad truth is that in some parts of the world, many workers will probably die for lack of an adequate safety culture", said Jukka Takala, Director of the ILO SafeWork Programme. "This is a heavy price to pay for uncontrolled development. We must act swiftly to reverse these trends."

The report noted that men, in particular, are at risk of dying at working age (below 65) while women suffer more from work-related communicable diseases, psycho-social factors and long-term musculo-skeletal disorders. In several industrial countries, more than half of the retirements are based on early retirements and disability pensions rather than workers reaching the normal retirement age. While not all factors behind these trends are directly caused by work, the workplace is in a key position for prevention and maintaining work ability through its management system.

The ILO report said reporting systems and coverage of occupational safety and health in many developing countries are poor and in some cases deteriorating. For example, India reports 222 fatal accidents while the Czech Republic, which has a working population of about 1 per cent of India, reports 231, the ILO said, adding that it has estimated the true number of fatal accidents in India at 40,000. The report said such statistics suggested that only a fraction of the real toll of work-related death and disease is covered in a number of developing countries.

The ILO report also noted that hazardous substances cause the deaths of an estimated 440,000 workers each year. Of these, asbestos alone kills some 100,000 workers worldwide each year. The number of people killed by asbestos in the United Kingdom, according to that country's own estimates, is some 3,500 every year - more than ten times the number of workers killed in accidents there.

The European Union, meanwhile, recently in its own Statistical Portrait Report estimated a total of 120,000 fatalities (EU 15) attributed to work while the ILO's estimate is now at 122,000 work-related deaths annually. The United States number is estimated to be 103,000.

While work-related diseases are the main problem in industrialized countries, accident hazards are more prevalent in the developing economies where workers are frequently dying in mishaps that occur in such sectors as mining, construction and agriculture. In the industrialized countries, the share of the workforce in such hazardous sectors has declined while that of safer service industries (office work, banking, commerce) has grown. 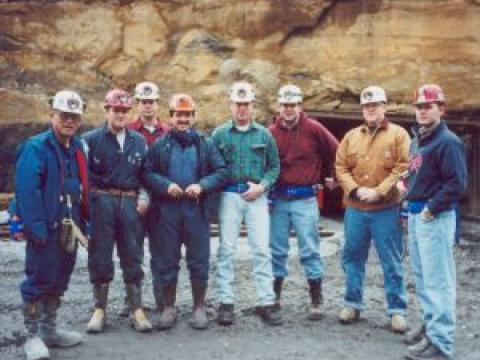 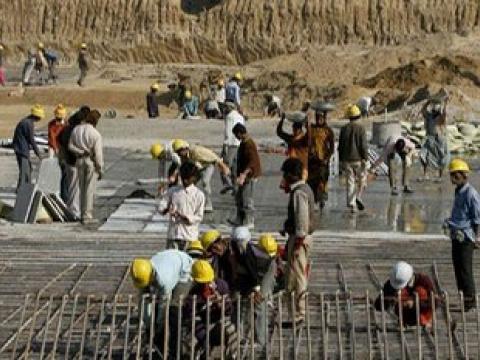 In a report on the death at work of a textile factory worker and subsequent strike in Gurgaon, India.
Image 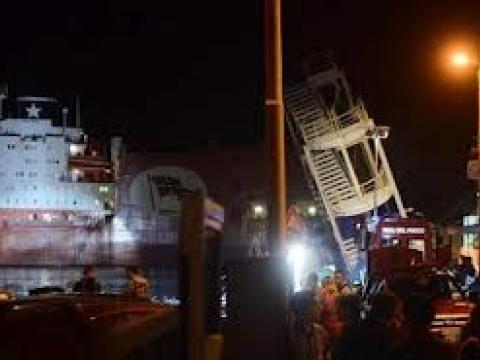 Seven dock workers lost their lives on Tuesday May 7, when the cargo ship Jolly Nero hit a pilots'…