“Pure” Anarchists and “Neutral” Unions: Malatesta and the Social-Democratic Temptation

The libertarian movement, in action, is characterised by a perpetual swing between two tendencies:

a) The dilution of the militants in the mass movements of the workers, and

b) The organisation separated from the mass movement, sectarian and cut off from reality.

Between the two tendencies there are all the varieties, all the possible combinations of individualism, free love-ism, vegetarianism, terrorism, whose only common point is the idea that anarchism is a “concept that must now be practised as an attitude of life”.1

We consciously set these currents aside because, as they are centred on individual behaviour as a precondition for action, they admit such a variety of behaviours to be acquired that they in practice deny any collective and concerted revolutionary action against capital and the state.

In the “mass” tendency, the militants devote themselves exclusively to union work, to such an extent that they often confine themselves to the enterprise or industrial branch. They neglect overarching action. In general, these activists do excellent organisational and educational work in their own sphere of activity, but without any overall perspective; as a result, their action benefits other groups that are organised… The attitudes of comrades who “hide” behind union work in their companies is often explained by the fact that the libertarian movement is not able to help them in their work.

In the case of the second current, the militants refuse to “lose” themselves in union action, in industrial action, judged to be “reformist”, a departure from their principles, from revolutionary purity. Their propaganda is intended to be uncompromising and of course brings them few people, which in return justifies their convictions about the inherent reformism of workers.

This explains the sieve-like character of the libertarian movement, particularly in France. Among all those that come to anarchism, the few determined enough to really act are only offered one or the other of these currents.

When one is content with claiming action, one loses sight of the objectives, and, in this “claim-game”, the reformists offer better short-term “outlets” and greater immediate efficiency.

Conversely, militants who constitute themselves into a revolutionary minority but keep the traditional scruples of the libertarian movement on the problems of authority, power, leadership, etc., often end up questioning the effectiveness of anarchist methods of organisation, and can be tempted by Marxist groups, revolutionary or not. In fact, the parties of the left and far left are made up of a good number of former anarchists, or “converted” revolutionary syndicalists.

This is one of the contradictions of today’s libertarian movement. The refusal of any form of external vanguard, political or ideological, pushes some towards anti-theoreticism, primarily anti-intellectualism, and towards “solo” action in the mass structures of the proletariat. The attachment to the rules and purity of the “idea” pushes others to neglect mass action, to underestimate it, and deprive themselves of the means to link these two forms of action.

Malatesta’s positions are important to understand because, in many respects, they are at both extremes, and he was never able to synthesise the two in order to find forms of organisation adapted to needs. Indeed, Malatesta condemned the limitation of union action to economic demands, but he also reproached many anarchists for devoting too much time to unionism. He was aware of the role and of the strategic importance of the workers’ movement for any revolutionary action, be he refused to let himself be led by the logic of his reasoning, which normally would have led him to the leadership of the union by the anarchists.

At the International Anarchist Congress of 1907 in Amsterdam, Malatesta asserted that he had always seen the workers’ movement as a “particularly favourable terrain for our revolutionary propaganda, and at the same time a point of contact between the masses and ourselves”.

It seems that for Malatesta there is on the one hand anarchism, a theory, and on the other hand the workers’ movement, the means to put this theory into practice. However, one and the other are clearly separated. In the end, if the workers’ movement is a “favourable terrain”, it’s circumstantial; if there were other, more favourable terrains, they would do just as well.

Malatesta opposes “anarchist unions”, which would immediately legitimise social-democratic, republican and royalist unions, dividing the working class. “On the contrary, I want unions that are open to all workers without distinction of opinions, absolutely neutral unions”. In these “neutral” unions, the anarchists must act:

“I am for the greatest possible participation in the workers' movement. But I am for it above all in the interest of our propaganda, whose range of action would be considerably increased. It is just that this participation cannot result in our renouncing our dearest ideas. In the unions we must remain as anarchists, with all the force and breadth of the term. The workers' movement is nothing more than a means – albeit obviously the best of all the means at our disposition.”2 (Emphasis ours.)

“Let me repeat: anarchists must enter the unions. Firstly, in order to carry out anarchist propaganda; secondly, because it is the only means that can provide us with groups that will be in a position to take over the running of production when the day comes.”

In Malatesta’s work, it is clear that the two temptations of the libertarian movement are united: the need for mass action, and the need for action by revolutionaries. But they meet in such a way as to make them incompatible with each other: sitting with your arse between two chairs, you end up falling on the floor.

Indeed, when one insists:

1) On the idea that trade unions must be neutral, without any political colouring, open to all without distinction of opinions, and

2) On the idea that anarchists must go into the workers’ unions to “provide us with the groups that will be in a position to take over the running of production when the day comes”;

That is to say, when you pose the problem in the same terms as social-democracy, you cannot stop on the way. You have to be social-democratic to the end. This is precisely what Malatesta refused.

To break this deadlock, Malatesta had, in our opinion, only two solutions: to adopt the Marxist theses of the party-union division of labour, which would have been the logical outcome of his ideas, or to return to the Bakuninist conceptions of the mass/vanguard dialectic. We could also say of Malatesta what Bakunin said of Proudhon:

“He had the instincts of a genius and he glimpsed the right road, but hindered by his idealistic thinking patterns, he fell always into the old errors. Proudhon was a perpetual contradiction: a vigorous genius, a revolutionary thinker arguing against idealistic phantoms, and yet never able to surmount them himself…”3

Malatesta was unable to make a synthesis between the “mechanical conception of the universe”, the proletariat alienated and caught up in the cycle of economic demand, and the “faith in the efficiency of the will”, revolutionary action.

However, our criticisms of his ideas do not prevent us from recognising that Malatesta was an authentic revolutionary all his life. During the First World War, he strongly condemned those who fell into nationalist mystification, and called on the fighters of all countries to rise up against their exploiters; he refused to leave Italy, even when the fascists took power. He also supported the Italian revolutionary syndicalist movement in spite of the differences he had with it; he organised the first unions in Argentina, and so on. He was a premier supporter of the Italian revolutionary movement.

It is certain that the period that followed the crushing of the Paris Commune (1871) and the death of Bakunin (1876) was a low point in terms of revolution. The behaviour of the militants faced with the problems of mass action and revolutionary organisation necessarily had to change.

We were in one of those periods of ebb, defined by Bakunin, following the great historical catastrophes, where “everything breathes decadence, prostration and death…”.

But this is not enough to explain Malatesta’s positions. In fact, if he witnessed the ebb following the Commune, he also experienced the rise of the revolutionary movement after the Russian Revolution. Malatesta also supported the foundation of the Unione Syndicale Italiana, a revolutionary syndicalist organisation that had a great role in the Italian council movement. However, the relations between the Unione Anarchica Italiana and the USI only reflected, once again, the opposition between the two tendencies of the libertarian movement, which did not succeed in synthesising their modes of intervention.

According to whether one favours mass development or not, according to whether one approaches the proletariat with “a real and living understanding of its real evils” or whether one considers that it is necessary to form “the staff, the well-organised and well-inspired networks of the leaders of the popular movement”, as Bakunin said at the same time, one will either make concessions on the objectives so as to develop the required number, or make concessions on the number to be developed so as to preserve the objectives.

Choosing one or the other alternative is a false choice, a false choice not present in Bakunin. In both cases, it means failure. Communist anarchists have never, with a few exceptions, been true “leaders of the popular movement” because being a leader means being “authoritarian”, it’s not anarchist.

On the other hand, the anarcho-syndicalists, preoccupied above all by the necessities of mass development, did not seize the opportunities that had presented themselves; they often lacked perspectives, had a distorted vision of the problems, or had too much confidence in their numbers.

In Malatesta [...] the two temptations of the libertarian movement are united: the need for mass action, and the need for action by revolutionaries. But they meet in such a way as to make them incompatible with each other: sitting with your arse between two chairs, you end up falling on the floor. 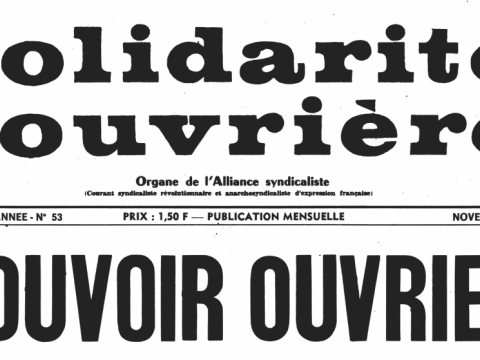 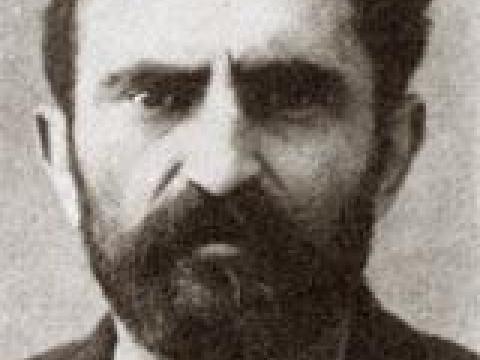 A Talk About Anarchist Communism Between Two Workers - Errico Malatesta