JEREMY WESTALL is a student of sociology at Hull University.

To have authority is an ability usually inherent in the make-up of certain individuals; this characteristic involves many small actions portraying a self-assured bearing and manner. A teacher can be said to have authority if his pupils are interested and co-operative without the use or threat of force. Chaos in a class-room is indicative of a lack of authority in the teacher. To have authority does not involve conceit or arrogance, it involves a firm, determined, self-assured manner which generates itself in the group involved.

To be in authority is to have powers of coercion; to be in a position where the wielding of power is a necessary part of one's life. The administrator is a man in authority and he attains such a position in one of three ways. He may seize power and assert his authority by compelling obedience in one way or another. He may be appointed by an authority already established, as with the Civil Service. Or he may be elected and is thus in authority by the consent of a voting populace. One who does not consent to the system of voting, or who does not recognise the authority which is established by any of the three means cited above, is still subject in the eyes of the law to a person in authority.

Anarchists, in speaking of a society without authority, must make the above distinctions clear. The anarchist can be an authority or he can have authority, but he can never be in authority.

The rôle assigned to authority for the anarchist is therefore one who represents a group without imposition and who respects the autonomy and opinions of others in that group. Only in small groups is such delegated authority possible, for in a larger group one will find at some stage that the will of a minority or a majority will have to be imposed in order to achieve "unity".

Thus anarchism envisages the development of small fluid groupings, with delegated authority only in the hands of a single person or a group for a certain specified time, no privilege being attached to such responsibility other than the natural goodwill that will be attached to the delegate. Our groupings will be co-ordinated by personal links forged by the groups' delegates.

Authority of this kind, recognised as essential by anarchists who none the less keep themselves thoroughly alive to the danger of its abuse, involves a certain amount of power. But it is a power that must coax and not coerce, educate not compel. We must all recognise the paradox that people in authority lack authority, in that they recognise their own weakness by having to lean on coercive power when their will is flouted.

On the Idea of Anarchy

ANARCHY MEANS WITHOUT GOVERNMENT OR AUTHORITY, it is derived from the Greek anarchia. Thus a society without government is an anarchist society.

The Spanish anarchists of Merthyr in the early 20th century (video)

Video of a talk by James Yeoman on migrant Spanish anarchists living and working in the Welsh valleys in the early 20th century. 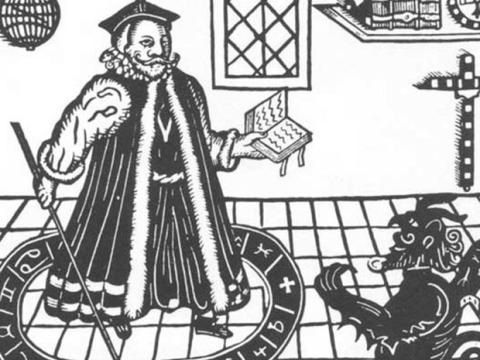 Part of the series of biographies of Mikhail Bakunin. Miguel Amorós on Bakunin and his legacy.