Mansoura by night. After we had taken control over two buildings, our unit was about to get hold of a third one. After a nerve-wracking progression – at first, we entered the wrong place and then had to leave again- we finally reached the right one. Once again on the rooftop, the wall, the burin the hammer, the loopholes. I eventually fell asleep in a corner of the cold roof, covered with a little piece of cardboard. I was still alive!

Awaken at dawn, our group split up. With three other comrades, I was occupying the next building. We had been warned about the presence of enemy snipers.

In case you were wondering: advancing by day is neither easier nor more reassuring. Maybe it allows at least to face death with a clear sight ? On such morbid thoughts we took the first rooftop. First shift, nothing to report: explosions on the horizon, some scattered shootings. When the next shift arrived, I fell asleep. Strange routine: maybe things were easier than I thought.

When a comrade woke me up for a new shift, I caught a glimpse of his sad eyes filled with tears. While I was sleeping, two comrades from our unit had been downed by snipers of the Islamic State, two others heavily wounded by a land mine.

I had fully entered the war.

Arthur on the ambivalent relationship between the local population and the SDF. After defeating Daesh, the real challenge will be to establish democratic confederalism. 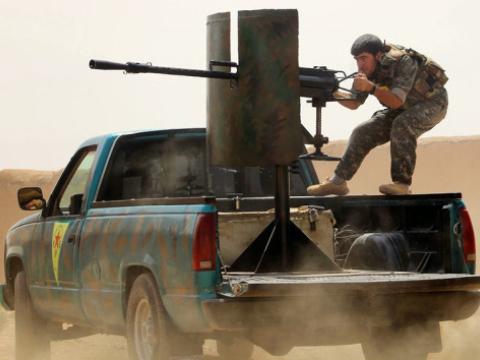