M.Jones shows how organizing on the job changes the job.

The collective actions we take on the job change the conditions on that job; they change how we daily interact with our bosses and with each other. This results in a bettering of conditions. I believe old time Wobblies called this job conditioning. It comes out of workers collectively and directly confronting the boss on an issue, and sticking up for one another. It is done with or without a contract; often the contract is an impediment to actions that can condition the job.

One of my first experiences with this came on my first job out of high school, throwing boxes at UPS. The workers here, although only informally organized exerted strong control over the job, and had no fear in voicing their opinions to the boss. The workers rallied around one or two strong leaders on the job. These leaders were the first workers to extend a hand to me and the other fellow I got hired on with, these were the workers when there was an issue would between two other workers would get it worked out, and these were the workers who were the first (but not the only ones) to bring up an issue to the boss. These confrontations often happened on the post break discussion session, they were often loud and confrontational. In this I saw the first application of our power as workers, and what it meant to be organized. The result was we worked the pace we wanted, worked with who we wanted, and stuck up for on another. Eventually, this experience would culminate in a threatened strike sticking up for a fellow worker who was in danger of being fired.

When I moved on to another job, this one at a truck manufacturing plant, I found a much different situation. Workers did not condition the job in the same way. They did not stick up for each other. Moreover, the leadership that had existed on the job at UPS did not exist here. The leadership that did exist was found in the “team lead” who often was a good leader and a company man. This of course led to workers following this person, falling in line, and not sticking together. In this situation our job conditions were much different. We were more at the mercy of the company. They had us out organized, and because of this we had no control over our daily lives on the job.

On my current job we are early on in a long process of organizing. One of the first tasks has been to get my fellow workers to take action together and to stick up for one another. Most of them are decent folks, willing to help each other out but with no experience of being organized. Most want to confront problems as individuals, thinking they may get a fair hearing from the boss. In small ways though, I can already see some changes, from a willingness to be critical of how things are handled to having each other's backs and helping each other out. These are some of the small changes that can lead to larger ones.

Job conditioning, I have learned is based on the small confrontations that happen everyday. When the boss comes out ready to tell us a decision he or she has made and is not confronted by workers as a group, they set the conditions for that day. If we workers confront them, stick up for one another, and lay out our demands for what we want, we set the conditions for that day. We are making a point with our action. The boss is learning their role. Workers are learning our power.

Originally appeared in the April 2009 issue of the Industrial Worker

Lasting Lessons from the Class Struggle 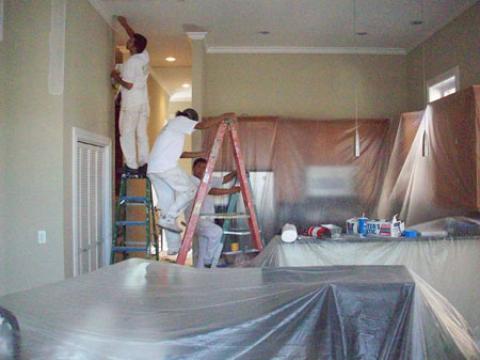 A brief look at informal work groups, which the author sees "as the seeds, and the tiny cells within a larger muscle of organization."