SOMETIME IN THE FUTURE, if Buchanan’s ideas are ever carried out, our urban roads may run on three levels. Long before that, we can expect an attempt to control the increase in big city motor traffic by additional taxation. But will any government be brave enough to restrict the electorally important private car owner from using his vehicle in the centre of London and other cities, yet not compensate him with a much improved public transport service? And this, because of the huge cost of building underground railways, means buses.
The buses have been losing passengers to private cars, scooters and even bicycles for about ten years, and the question is can this self-propelled part of the population ever again be persuaded to rely on public transport?

It will be difficult to convince the motorist that public transport can be as quick and convenient as his private car. How can a transport concern provide a service elastic enough to cope with both the shopper and the rush hour worker? Even if the growth of traffic is checked artificially it is unlikely that the overall volume will be diminished.

Let us take London as our example because the problem is really big. London Transport want to introduce their “Standee” buses but. though they may reduce operating costs, will they provide a much better service to the public and help to make London a more agreeable town to live, work and enjoy ourselves in?
Towns are places for people to live in and as well as providing a commuter service the transport system should enable us to move about conveniently from point to point within the central area, otherwise town life will wither and die.

We want mobility within the central area so let us start by getting rid of the ponderous big red bus. In place of this the “Standee”, or why not the “Whippet” one-man bus with perimeter seating for about 20 people and with standing room down the centre for another 20 rush hour passengers. These single-decker buses would have automatic doors, one for “on” and one for “off” and fares on the single price carnet system (by which tickets are bought in advance like books of stamps). None of this is new but it would help increase the momentum of surface transport.

Having changed the buses let us also change the route pattern. Within the central area we need many more and much shorter routes. The “Whippet” buses would operate, perhaps only two or three at a time, on short shuttle routes, not running to timetable but controlled by supervisors. The shortened backwards-and-forwards routes would cut out gaps in the service. They could, with the smaller buses, run on many streets not now used thereby covering some of the transport deserts of London, such as Bloomsbury and Mayfair. On the shortened routes the staff would become known to their passengers, thus encouraging an efficient and friendly service.

What would this innovation mean in practical terms of journeys in central London? A typical shuttle route would be between St Pauls and Trafalgar Square, via Fleet Street and the Strand. The service would be continuous and there would be no delay at the terminal points. Coming from the Strand the bus would drive round Trafalgar Square and be off again down the Strand towards St Pauls. Changes of driver need take only a minute. Another route would be between Marble Arch and St Giles’s Circus at the foot of Tottenham Court Road. This would cut out the present accumulation of many different bus routes running along Oxford Street. The shuttle service along Oxford Street would be fed by other routes meeting this main artery at right angles.
How would this new system affect the commuter or shopper coming to central London from the outer suburbs? We must assume some restriction on private cars coming into London during the rush hour periods and this would make it possible to provide a better express bus service using double deckers, probably with fewer stopping points than Green Line buses, and not trundling all the way across central London but turning at key connection points such as Aldwych (from south London) or Marble Arch (from the north west). These express services, costed on their own, would probably be unprofitable because peak periods of commuter traffic are one-way, but they could be subsidized by the shuttle routes within the central area which should be highly profitable.

No bus route (as happens at present) would start in the suburbs, cross Central London and disappear outwards again. Passengers would undoubtedly have to use their feet when making connections between shuttle routes, but this hardship could be made less cruel in a damp climate by arcading the streets at some terminals and even heating the pavements.

At busy pedestrian centres, strips of moving pavement similar to flattened out escalators should be considered.
These suggested changes are aimed at making the town transport system more flexible without involving us in crippling cost while we wait for our Buchanan triple layer roads. Travelling in towns might even become enjoyable as well.
–––––––––––––––––––––––––––––––––––––––––––––––––––––
Each weekday, about 1,250,000 people travel to the City and West End, Of this total, 220,000 travel in 5,200 bus loads, and about 100,000 in 70,000 private cars, The remainder travel by tube or train.
The buses during duty occupy an area of approximately 1,250,000 square feet and the cars, while travelling and at rest, somewhere in the region of 10,000,000 square feet of public space. This is a very conservative estimate indeed, as parking alone could account for this, We may fairly assume that the space occupied by trade vehicles is of a similar order. As will be seen, each car occupant utilises about 100 square feet of space throughout the entire day, whereas the bus passenger occupies under 6 square feet and that only during the time he is travelling.
—MARTIN HUTCHINSON
in The Listener 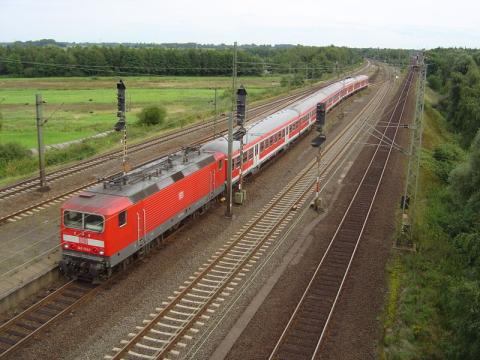 Workers in the GDL union went on strike on Friday after refusing a pay offer.