I HAVE NO IDEA HOW MANY HUNDREDS are packed into the trucks. Heads down in self-defence, looking for footholds, partly anxiously-resisting and partly eager to find a safe place, they are pushed, rammed inside. And once in, their heads come up again, straining for air. The air is foetid. Shoulder to shoulder or face to face they breathe each other’s breath. They are crammed so tight, their weight is not on their feet but on each other. They sway in one mass, as the truck sways, then break into jostling desperate atoms, fighting for their balance, as the truck jolts. They are completely powerless, but they cannot fall—unless the doors are opened. Is there no law against this?

Men move down beside the trucks, cramming them in, pushing against their rumps so that they can close the doors on them. Sometimes the doors will not close on the solid bodies, and then the men run and swear and shout and push harder until they force the mute accepting bodies half an inch further inside, and the doors meet and the truck moves off.

Heads nuzzle each other, cheek touches cheek, body presses on body, chin rests on another’s shoulder, in an appalling mockery of tenderness. At first they try desperately to get away from each other, to stand alone, to breathe their own air. But it is impossible, and soon their eyes close and they see nothing. Do they then secretly regain dignity, or only the relief of blankness?

Such tired eyes. How weary they are, how utterly weary. I look through at the packed, sweating mass, and of every ten heads I see, in seven the eyes are closed. Yet the journey is only just beginning. Whenever the truck grinds to a halt, the eyes open, blink once or twice, and peer round, then close once again in an impassive resignation. Those near the door fall as the door is opened, and, regaining balance, either stand there bewildered and buffeted and sometimes knocked headlong again by those who fall after them and those who at once fight their way through to the air, or else, caught in a new moving mass, are themselves pushed inexorably along to another path, another truck. Is there no law against it, no humane Act of Parliament, no individual moved enough, angry enough, to shout aloud as poets and writers once shouted?

What is so extraordinary is their passivity. They were proud creatures once. One hears—at chosen times—of their independence, their spiritedness, their indomitability. Surely they have strength, they have intelligence. Poems have been written about them. Songs have exalted them. Artists were once stirred by their grandeur.

Occasionally one turns momentarily on another and snarls a little with a sudden flare of maleness, or another tosses her head and sighs in infinitesimal protest. But nothing happens. The herd clamps itself together again, thigh against thigh.

And eventually they stumble out of the trucks, blinking, grateful enough that now they can breathe more easily, and they move their heavy heads with the half-closed eyes slowly from side to side, surprised to find movement will come at will, and they move up the London Tube train platform.

A £20 million contract to clean London Underground stations has been terminated after it was revealed hundreds of cleaners had been underpaid. 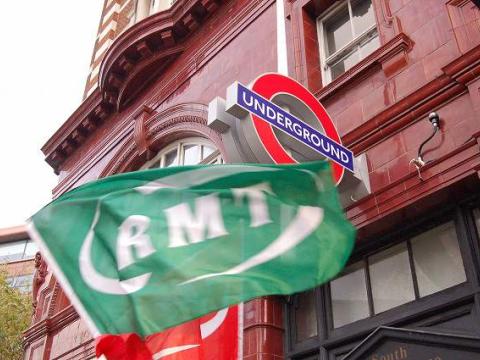