An examination of the holding centres for illegal immigrants in and around Greece in so-called Fortress Europe.

The eastern borders of Greece, which are also the exterior borders of the European Union, are almost redrawn by detention camps. These camps are usually former warehouses (on the islands of Mitilini, Chios, Samos, Kos, Rhodos, Evia and in the town of Volos, central Greece). Moreover, police stations in most areas near the borders, as well as in the centre of Athens (Alexandras Avenue, Exarchia, Omonia, Piraeus), are used as detention centres for migrants.

Detention spaces for "illegals" are as a rule lousy and most of the time detainees have no communication with the outside world or access to lawyers, nor the possibility to apply for asylum. Lately access by NGOs and other organisations or collectivities has been forbidden in most of the centres. A friend from Syria told us characteristically: "For three months I didn’t go out, I didn’t breathe clean air. I’ve been in jail in Syria and Turkey but it was nothing like this. And they they talk about Europe…"

LEGAL FRAMEWORK AND DEPORTATION
According to the existing legal framework in Greece, those who cross the borders and get arrested can be detained for up to three months, until it is cleared whether they can be deported or not. The most common practice, though, is totally illegal deportation. At the marine borders re-propulsion is coordinated by the Port Police Corps, who "push" the boats back to Turkey, while in the area of Evros "illegals" are kept for one or two days, anonymously, without identification, and then are sent by boats, over the river Evros, back to Turkey.

The prefecture of Evros, the only land border between Greece and Turkey (divided by a river) is a special case. It is perhaps one of the most frequented passages for migrants, it has over ten detention camps (almost as many as in all the rest of the country), and is the only area of Greece which is still layed with mines. However, the almost complete indifference of the inhabitants about these maters and the absence of local support/solidarity groups make the area into a "black hole", both in public as well as anti-racist/ migrants’ discourses.

In the eight large towns of the area where there are border patrol/defense centers, there are also detention centers for migrants, while at the same time, detention facilities have also been set up in four old agricultural co-op warehouses which were alloted to the prefecture. Four more detention camps exist in the neighbouring prefecture of Rodopi. Finally, a new camp is being built in the village of Filakio, to accommodate at least 1000 people. While its role is still largely undetermined, we assume it will serve the purpose of removing economic and political refugees from urban centers in order to deter any possible communication between the refugees and organisations who could offer basic protection.

Evros is a war-zone: army, border-police, police, detention camps for migrants, border surveillance with technologically advanced means, but also dead and wounded, either in the river or on the minefields. Based on data that has been published, which most certainly diverge from the real numbers, at the greek borders, between 2002 and 2005, 231 people have been killed, 33 have been injured and 39 are missing.

MIGRANTS DETENTION CAMPS: EVROS PREFECTURE
From prisons as in Germany and Ireland, Italian Centri di permanenza temporanea e assistenza, French zones d Άattente/waiting zones, and closed centers for asylum seekers in Belgium, to temporary detention centers in Greece and buffer camps in Morocco and Spain (Ceuta, Melilla), these places, the detention camps for migrants, remark the real European borders.Even if the detention camps, which exist in most European countries, have very different characteristics, they also have certain commoncharacteristics:

* 1. The “prisoners” citizens of non European countries, who have committed no offence other than crossing or trying to cross a border without papers.

* 2. The "illegal" migrants are considered and managed as a group, instead of being treated as individuals.

* 3. It seems impossible to ensure the respect of fundamental rights in these places, while inhuman and degrading treatment is often perpetrated.

EXPANSION OF THE BORDER REGIME
Nowadays, border controls and the endeavour against illegal immigration are central to European immigration and asylum policies.

On the one hand is the "externalization" of borders, which means the "remote control" policing of borders by forcing third countries to cooperate in the "fight" against illegal migration (Morocco).

On the other hand, inside the European countries the control in transport media and central squares, the discrimination from schools to work places, compose a wider border regime in the cities.

The detention camps are a part of the mechanism to exclude those designated by the European Union as "dangerous" as an “enemy” or as "unwanted" from the sovereigns of E.U.

The borders and their strengthening serve not only to exclude and control the "outside" but also to discipline the "inside”. 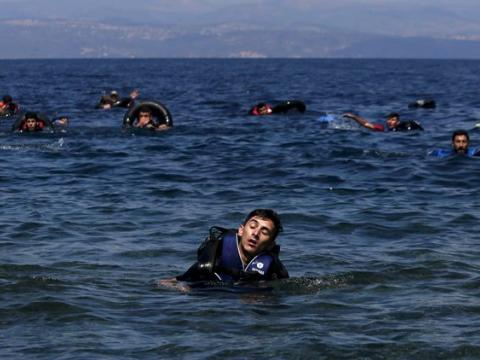 A collective statement on the migrant crisis from “Diktyo Spartakos” (‘Spartacus Net’), a far…

Irish stew: Experiences of a waitress in Germany, 2002 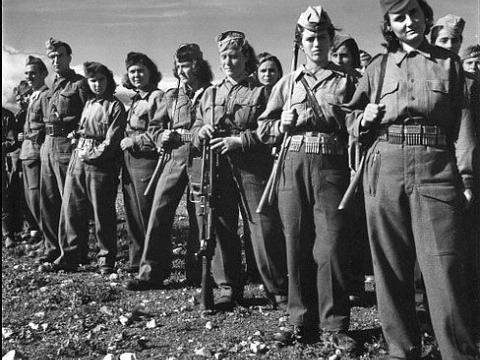