Both called for work permits to regulate migrant workers in Ireland .

They want us to see our greedy employers as some sort of powerless bystanders, not as the enemy who make these decisions. Rabbitte made a statement that work permits for workers from the newer EU countries might be a good thing, this was quickly supported by SIPTU President Jack O’Connor.

Labour Party leader Pat Rabbitte’s statement that work permits for workers from the newer EU countries might be a good thing was quickly supported by SIPTU President Jack O’Connor. O’Connor said he “very much” welcomed Rabbitte’s comments, going on to call them “timely” and “helpful”.

This is a cynical attempt to place the blame for job displacement and exploitation on migrant workers rather than on the scrooge employers who want to drive down wages by replacing existing staff with poorly paid East Europeans.

There is an obvious pattern of bosses undoing all the good achieved by our unions over the years, most noticeably in construction.

The answer is not to call for work permits, which give further powers to bosses because they are the ones who hold the permit. Nor is it to call for further restrictions on entry to Ireland. The answer is for our unions to fight a serious battle against wage-cutting employers.

By using widespread industrial action to oppose attempts at job displacement, wage-cutting, and contracting out we could revitalise our unions, put manners on our bosses and recruit tens of thousands of migrant workers into the trade union movement. It is clear from the magnificent turnout on December 9th, that a lot of workers, both Irish and migrant, would support such a strategy.

But that sort of militancy would upset the cosy deal that is ‘partnership’. To preserve the fiction that the bosses and the government are our partners, someone else must be to found to take the blame when things get nasty.

Rabbitte and O’Connor have decided to place the blame for driving down wages on the migrant workers themselves and not on the bosses. They want us to see our greedy employers as some sort of powerless bystanders, not as the enemy who make these decisions.

They want to shift the blame for the Irish Ferries dispute and the ongoing problem of job displacement, away from the policies of the Government and the employers and on to the heads of migrant workers. It is dishonest and divisive, turning worker against worker and thus making us all weaker in the face of the employers’ offensive to reduce pay rates.

We know why employers seek to displace Irish workers and replace them with migrant workers, it’s all about making greater profits. The best response would be an aggressive campaign to make sure that Irish and foreign workers get exactly the same pay and conditions, and therefore make sure that there is no financial incentive for employers to replace exising staff. 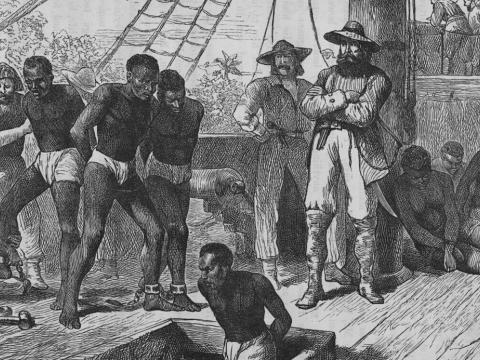 One of the most blatant cases of double standards regarding rich and poor the Isle of Man has seen in recent years, a South African millionaire has been given a slap on the wrist while the men he enslaved are exiled from the island.