Struggle continues against Shell in the west of Ireland

Rossport Solidarity Camp is due to re-open on the 25th of February, in a hitherto remote and little heard of corner of county Mayo in the West of Ireland.

The camp has been part of a thus far successful community based struggle against a hazardous development being carried out by a multi-national consortium headed by Shell and backed all the way by the Irish State. The consortium includes Statoil, a Norwegian semi-state company, and Marathon, an American corporation.

From June last year onwards Shell’s construction of a raw gas pipeline, and a massive refinery, was brought to a halt by a wide variety of direct action and popular pressure. Actions included the simultaneous picketing of all Statoil petrol stations on a number of Friday evenings in Dublin (that is their busiest period), protests outside the Shell H.Q. in London, blockades of Shell terminals in Cork, a planned blockade of a pipelaying ship by fishermen (the ship was withdrawn), and continual picketing of all the construction sites associated with the development, by both residents and campers. Despite the fact they had planned to build most of the project last year, next to no work has been done.

The development has both health and safety issues surrounding it, which I’m about to detail using just the pipeline as an example, and economic, in the form of the neo-liberal privatisation deal given to energy corporations by successive Irish governments.

A recent independent safety analysis by U.S. based pipeline consultants Accufacts found that: “The Corrib pipeline is not a ‘normal’ pipeline given its potential to operate under exotically high pressures and because of unknown gas compositions associated with gas field production. This can seriously increase the likelihood of pipeline failure.”

The pipeline is planned to go through the village of Rossport 70 metres from the nearest inhabited house, and 30 metres from the public road. Should it be built 3 households will have to pass over it everyday to leave their homes.

A submission by Dave Aldridge, a retired US Navy officer with expertise in explosives, to a state ‘public hearing’ on the project, claimed that in the event of a rupture the resulting explosion would kill everyone within a mile radius.

The success and depth of struggle up to this point has had a radicalising and inspiring effect elsewhere on island, it being citied, for instance, by community groups in Dublin opposing gentrification. The campaign has also had an international element, particularly in linking in with Nigerians.

While the state has sold land to the developers, changed legislation for them, and given them a low tax rate, thus far its repressive role has been restrained by the massive popular reaction to the jailing of five residents on June 29th, for refusing to abide by a court order preventing them from denying engineers’ access to their small holdings, and those of their neighbours. Given as they will clearly not be building anything without changing from velvet glove to mailed fist, we expect to see a more robust policing this year or the next, up till now it has been quite low key.

The camp began in June 2005 at the invitation of local campaigners. It is organised in a disciplined libertarian fashion, and tries to be ecologically sustainable, with recycling and energy from wind power.

The camp is open to visitors and more long term volunteers, and thus far has included people from across the island, Britain, Holland, New Zealand and the United States.

Its main function has been participating in the picketing, which is important given the rural, sparsely populated, nature of the area, and serving as a sort of info-point, where people can visit and learn about the issues and resistance at first hand. The camp disbanded as a camp in September, as for climatic and geological reasons little construction work can happen over winter, and from then onwards concentrated on getting ready for this year. 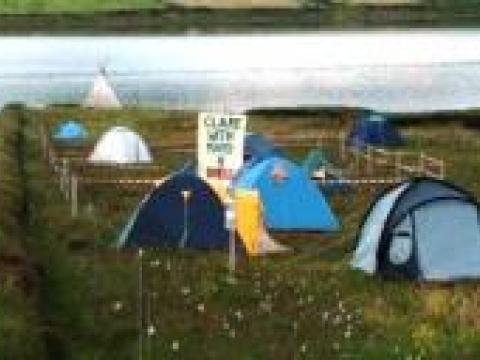 Latest news from the struggle against Shell in the West of Ireland, as the state prepares to strike. 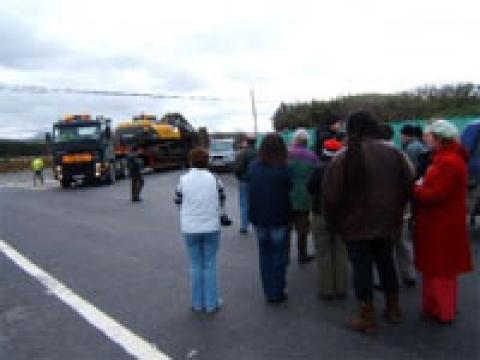 In Erris, a remote area on Ireland’s Western Atlantic coast a consortium of… 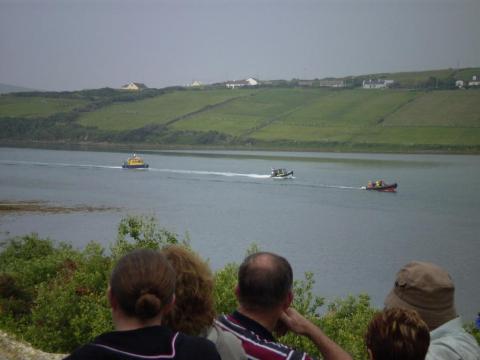