Teachers at a school in West Yorkshire are on strike today in a dispute about new staffing structures.

Pupils at Todmorden High School in Calderdale are affected by the one-day strike by members of the National Union of Teachers (NUT).

The row follows a complete overhaul of the staffing structure at every school in England and Wales.

A union spokesman said negotiations would start again but further strike action could not be ruled out.

'Demonstrate feelings'
"The protest is over staffing structures and the introduction of TLRs (teaching and learning responsibilities) and the replacing of management allowances," said Bev Marshall, NUT officer for Yorkshire.

"They are being phased out nationally but we have not been able to reach a satisfactory outcome for all involved at Todmorden.

"Members are on strike which demonstrates their feelings on the matter. 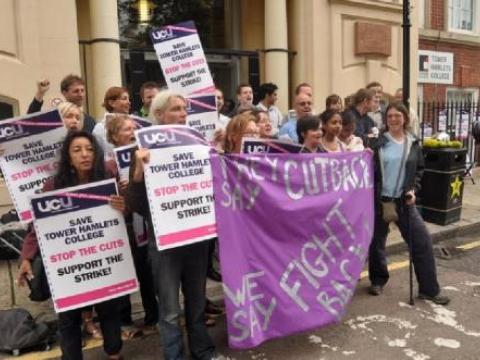