Mankato student resistance to the downsizing of education

Last week members of the Mankato Area Activist Collective, an anti-authoritarian organization, took action against the $7 million budget cut facing Minnesota State University, Mankato over the next two years. Last spring the university cut 79 ½ positions, one out of every ten faculty members. With tuition predicted to increase as much as 15 percent students are being forced to pay more for less.

Last week members of the Mankato Area Activist Collective, an anti-authoritarian organization, took action against the $7 million budget cut facing Minnesota State University, Mankato over the next two years. Last spring the university cut 79 ½ positions, one out of every ten faculty members. With tuition predicted to increase as much as 15 percent students are being forced to pay more for less.

From August 23rd to the 27th students and community members took inspiration from the student occupations of March 4th and seized a section of the universities lawn on which they camped out all week. They used this space to protest the downsizing of our education as well as to raise student awareness on a variety of issues and the repercussions of the budget cuts.

Workshops were held on a variety of issues including bike repair, state repression against the RNC 8, the war, and anti-capitalism. Food not bombs was served everyday and the group liberated power from a nearby university building to play music and show movies on a projector.

These budget cuts are not an isolated incident. Across the state and across the nation the future of higher education is becoming increasingly more problematic. We believe that food, shelter, quality health care and education are the fundamentals aspects of a healthy and functioning society. What does it mean when we put price tags on that which should be guaranteed to all individuals in an egalitarian society? Should we not be leading the way in liberty? Why do we deny these necessities to those who desperately need them? The rising cost of tuition turns the two-way street of educational reciprocity between the individual and society into a dead end street. When we cut the quality of education being provided, we bring harm to our whole society. Education is so important because if we remain ignorant of the harm of ever increasing tuition, one day soon we will wake up in a nation in which the wealthy alone will be able to afford education which provides them with disproportionate power and privilege. If we want to live in a more equitable world, education must be available to everyone on an equal playing field.

October 7th will bring another chance to show national outrage against the downsizing of public education and we encourage all students to organize and stand up for public education. Universities all across Minnesota, and across the nation, are planning actions and we are calling for a general strike to rally in support of public education. We must defend higher education at all costs, and if we are not willing to fight then we are doomed to inherit a broken educational system.

This Thursday students of Minnesota State University, Mankato walked out of class to protest the $8 million being slashed from their budget.
Image 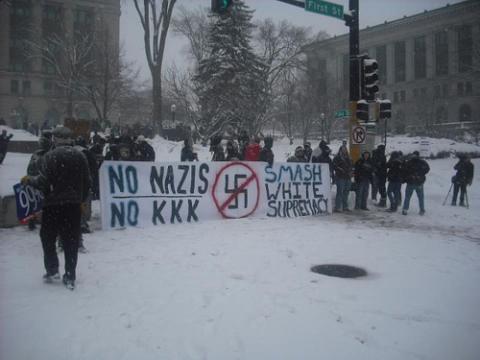 On March 3rd, a white supremacist group tried to hold a rally in Duluth, MN to spread their message of hate. Anti-fascists locally and from…
Image 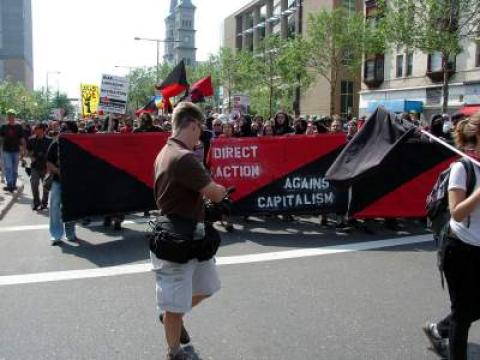 Insurgent Notes flyer for the NYC demonstration against the budget cuts, June 14-15, 2011.