Pickets have been out at the Metroline garages and depots since 4.00am this morning with early reports saying the strike has had solid support (TGWU press release).

Pickets have been out at the Metroline garages and depots since 4.00am this morning with early reports saying the strike has had solid support. Jim Buckley, T&G regional industrial organiser, said the mood was generally upbeat as drivers and engineers came out for the first strike on any London bus service for seven years.

"All of the big garages at Metroline have reported strong support by the T&G members," he said. Reports that some isolated services were running would be examined, he added, but stressed that nearly all of the scheduled services had not run.

An early visitor to the picket line was T&G Deputy General Secretary Jack Dromey who lent his support to the protest at the huge Holloway depot.

"Our message to the travelling public is that we are taking strike action as a last not a first resort but bus drivers and engineers deserve better on pay from Metroline," he said. Emphasising that the Metroline offer of 4% fell short of the rest of the pay offers from London bus operators he urged the company to bring forward a new offer. "If other bus operators can find up to 6 per cent why can't Metroline?" he added.

An initial offer of three per cent was increased through the negotiations to four per cent but the union said this was rejected because it did not meet the drivers' and engineers' claim for a basic £11 an hour from the current £10.43. The T&G said with pay deals coming in elsewhere across London at six per cent the company could and should think again.

The Metroline workers typically earn around £22,000 which includes any overtime and extra payments for shift patterns. The T&G said this remained a low wage compared to the bus drivers' responsibilities and it was well below comparable figures for the Tube and train drivers. Union leaders also stressed it is well below the estimated £40,000 which housing experts say is needed to get on the lowest rung of the London property ladder

The action will cover Metroline operations out of Potters Bar, Holloway, Kings Cross, Perivale, Edgware, Cricklewood, Wembley and Willesden. The main routes that are expected to be hit include the 134, 139, 24, 263, 82 and 113 as well as many night bus routes to North London out of Trafalgar Square. 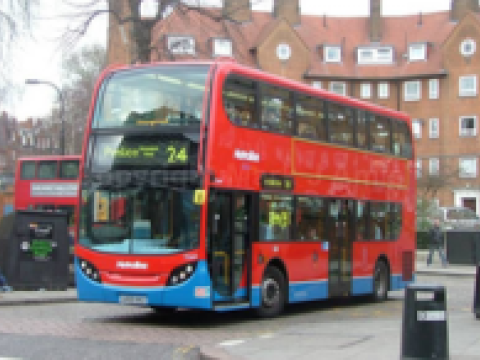 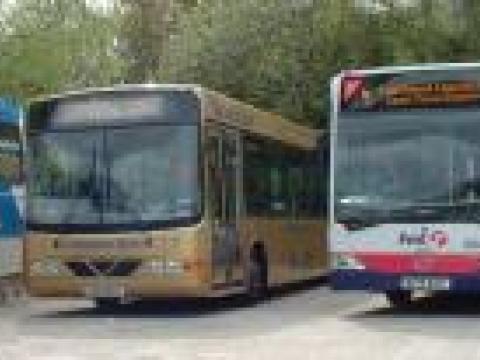 An initial strike by bus drivers at Stagecoach North East has been praised by the unions, with further strike action planned for tomorrow.

First Bus drivers in north Staffordshire and south Cheshire are on their sixth one-day strike, part of an ongoing pay dispute.