A brief introduction to the Aufheben group and magazine.

There is no adequate English equivalent to the German word Aufheben. In German it can mean "to pick up", "to raise", "to keep", "to preserve", but also "to end", "to abolish", "to annul". Hegel exploited this duality of meaning to describe the dialectical process whereby a higher form of thought or being supersedes a lower form, while at the same time "preserving" its "moments of truth". The proletariat's revolutionary negation of capitalism, communism, is an instance of this dialectical movement of supersession, as is the theoretical expression of this movement in the method of critique developed by Marx.

The journal Aufheben was first produced in the UK in Autumn 1992. Those involved had participated in a number of struggles together - the anti-poll tax movement, the campaign against the Gulf War - and wanted to develop theory in order to participate more effectively: to understand capital and ourselves as part of the proletariat so we could attack capital more effectively. We began this task with a reading group dedicated to Marx's Capital and Grundrisse. Our influences included the Italian autonomia movement of 1969-77, the situationists, and others who took Marx's work as a basic starting point and used it to develop the communist project beyond the anti-proletarian dogmatisms of Leninism (in all its varieties) and to reflect the current state of the class struggle. We also recognized the moment of truth in versions of class struggle anarchism, the German and Italian lefts and other tendencies. In developing proletarian theory we needed to go beyond all these past movements at the same time as we developed them - just as they had done with previous revolutionary movements.

Aufheben comes out once a year (see subscription details), and to date (September 2006) there have been fourteen issues. This site contains all of the articles from these fourteen issues and also some pamphlets. Since Aufheben is a developing project, some of our own ideas have already been superseded. We do not produce these ideas in the abstract, but, as we hope comes across in these articles, are involved in many of the struggles we write about, and develop our perspective through this experience.

This page contains the editorial from the first issue (Autumn 1992), which expands on some of these points.

Editorial
"Theoretical criticism and practical overthrow are ... inseparable activities, not in any abstract sense but as a concrete and real alteration of the concrete and real world of bourgeois society." (Karl Korsch.)

We are living in troubled and confusing times. The Bourgeois triumphalism that followed the collapse of Eastern Bloc has given way to fear and incomprehension at the return of war, nationalism and fascism to Europe. The tumultuous events of the last four years have shattered the certainties of the Cold War period. Yet for all the momentous changes that have followed on from the collapse of the Eastern Bloc, it would seem that, after more than thirteen years of Thatcherism and designer socialism, that the prospect of revolutionary change is more remote than ever. Indeed in the Cold War period the very petrified state of geo-politics actually allowed the projection of total social revolution - a real leap beyond capitalism in its Eastern and Western varieties - as the only possibility beyond the status quo. Now, however, we see the real dangers of fundamental changes and ruptures within the parameters of continuing capitalist development. Within these dangers there does lie the real possibility of the further development of the social revolutionary project. But to recognise and seize the opportunities the changing situation offers we need to arm ourselves theoretically and practically. The theoretical side of this requires a preservation and superseding of the revolutionary theory that has preceded us.

Aufheben editorial group would like to receive articles from contributors for our 'Intake' pages. Whilst we would not publish something with which we substantively disagreed, we would try to find a way to include material with which we did not agree fully should it raise issues which we consider important to debate. We would also appreciate letters. A letters page can serve as a valuable forum for debate, and would go some way towards breaking down the division between writers and readers. Artwork would also be gratefully received.

Aufheben can be obtained by subscription. It would be of great help to us if as many readers as possible subscribed. This would not only provide valuable financial resources in advance of printing, but would also reduce the amount lost as profit to the bookshops.

"There is no adequate English equivalent to the German word Aufheben. In German it can mean "to pick up", "to raise", "to keep", "to preserve", but also "to end", "to abolish", "to annul".

Now my Deutsch is very basic but wouldn't this duel meaning make the word liberation an effective substitution? To truly Liberate means to raise up the downtrodden and preserve their existence, and it does this by abolishing the forces that suppress the newly picked up.

Actually there is reasonable equivalent sublate/sublation.

Lessons From The Struggle Against The Gulf War 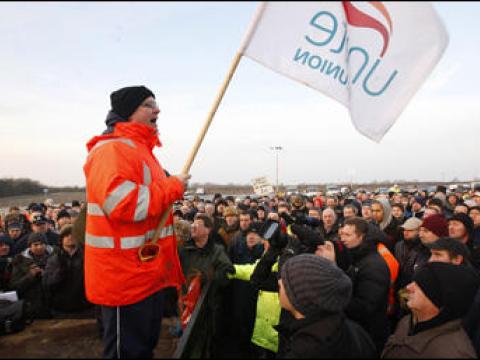 The red shoots of resistance? Recession struggles in the UK

Article written in 2009 examining key workers' struggles in the UK as the recession took hold,… 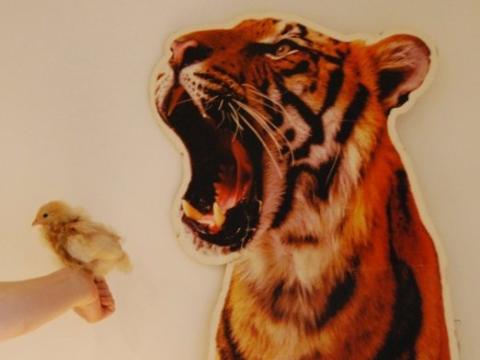 Introduction to ‘A reply to Aufheben’ - A former member of Aufheben

A reply from a former member of Aufheben to Theorie Communiste. Previous entries in this debate can be found in Riff-Raff No. 8.