An account of assassination of the President of the United States, William McKinley, by young Detroit-born anarchist, Leon Czolgosz.

At the beginning of the 20th Century, anarchists were in the middle of what was known as the ‘Propaganda by the Deed’ period. The idea was that by killing members of the ruling order, not only would the ‘fear of God’ be put into them but that it would eventually inspire the masses into rising up against their masters. This tactic was put into practice repeatedly in Russia and on 29th July in Italy, King Humbert I was assassinated.

After Humbert’s assassination, rumours were spread about the possibility of a world-wide anarchist plot to kill world leaders, of which America’s President William McKinley was thought to be a target. Of course, in the end, no plot could be unearthed but nonetheless, the fear factory had started production. There’s no smoke without fire after all, is there?

McKinley certainly accomplished a lot in his time in politics. Serving in the Union Army during the Civil War, he entered Congress as a Republican in 1872. His policies were always very conservative and McKinley soon attracted the support of powerful financier and politician Marcus Hanna who secured him the Republican Presidential nomination in 1896.

Under his time as President, McKinley pursued a highly imperialist foreign policy. The Spanish American War was fought under his watch, which brought America into the world arena as a world power. It was in the Spanish American War that America began their imperial conquest of Latin America. Also, after their victory, the US demanded they be given the Philippines, later took Hawaii and then made Cuba an American colonial state (and would hold on to it through the brutal dictatorships until 1959, when Castro’s brutal dictatorship took over – the Cubans have definitely had a tough time of it!).

Sometime in 1901, however, Detroit born 29-year-old Leon Czolgosz (pronounced “Colgosh”) of Russian-Polish parentage had become an anarchist after attending a talk by the famous anarchist Emma Goldman and had decided he wanted to do something to help the international working class movement. With Propaganda by the Deed being the most visible tactic used by anarchists at the time and finding out that the President would be going to Buffalo, Czolgosz went to Buffalo to wait for him.

On September 5th 1901, McKinley held an open-air speech and then went to hold ‘an audience’ with the public for ten minutes. As the crowd formed into a line and the President prepared to shake hands with the various people who’d come out to see him, Czolgosz wrapped a .32 calibre pistol in a handkerchief. Fifty guards were stationed around McKinley that day – federal, state and city – and were supposed to be keeping watch. However, as the President moved through the crowd, no one noticed Czolgosz, who had positioned himself at the front.

McKinley eventually came to Czolgosz. He smiled and extended his hand. Czolgosz never took it, but instead flung the President’s hand to one side and fired twice, hitting him in the chest and abdomen.

Unsurprisingly, Czolgosz was set on by eight guards who beat him senseless with fists and gun butts. The crowd was ready to lynch him. Czolgosz was taken to one side and then beaten again. James Parker, a waiter at the event, later told how he “took a knife out...and started to cut his throat”. The police soon took him away and locked him up.

The President was rushed to hospital, but despite initial positive media coverage, his condition soon deteriorated. The chest wound turned out to be superficial, but the shot to the abdomen had gone through both walls of his stomach and through his kidney. The bullet’s path had become gangrenous and on September 15th, at 2:15am, President McKinley died.

Czolgosz was tried and found guilty just over a month later. On October 29th, he was strapped into the electric chair. In his final words, he explained “I killed the President because he was the enemy of the good people – the good working people...I am not sorry for my crime”.

Even though Czolgosz had maintained that he acted alone, the state refused to believe this. In Chicago, nine anarchists were arrested on conspiracy to assassinate the President with no evidence apart from the fact that they were anarchists. Another anarchist, John (Johann) Most, was arrested for publishing an article in one of his German language anarchist papers. In Kansas, vigilantes routed an anarchist meeting. In Wyoming, a man professing sympathy for Czolgosz was tarred, feathered and run out of town on a rail. A suspected anarchist was mobbed in New York and in New Mexico, an anarchist playing the violin in a pub was arrested. In St Louis, police issued an arrest warrant for Emma Goldman even though she had never met Czolgosz. She was arrested and only released after two weeks. Her Dad was even excommunicated from the synagogue he went to.

Though there was some support for Czolgosz’s actions, as the repression shows, it was not on a mass scale. As with the rest of the ‘Propaganda by the Deed’ period, the actions of a few, admittedly brave, anarchists failed to inspire revolution in the working class and instead led to severe repression of the movement at a time when they were not yet ready to defend themselves.

I have changed date for electrocution to the 29th rather than the 20th, seems to be both listed on line but the 29th seems a bit more reliable. Unless there is a good source for the 20th?

The history of the world holiday on the 1st May - May Day, or International Workers Day, held in commemoration of four anarchists executed for…
Image 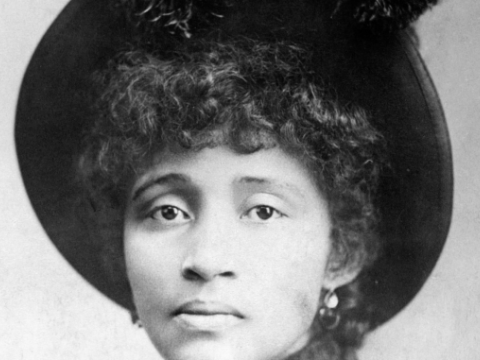