Account of student protests against the assault and arrest of three Black youths in 1970s Brixton.

On 8 December 1965, the British government passed the Race Relations Act, the first legislation to address racism and xenophobia in the United Kingdom. The act addressed significant disparities in the UK, like the 1963 Bristol Bus Boycott, which demonstrated against income and work inequalities faced by West Indian and African communities. The act made it a civil offense to incite racial violence and for businesses to not serve people based on race.

The Race Relations Act was first officially implemented to prosecute a 17-year-old member of the National Socialist Party for inciting racial hatred in Middlesex. However, the act was also used to prosecute Michael Abdul Malik, a leader of Black Power movement in the United Kingdom, along with four others accused of inciting anti-white hatred. While meant to protect Black individuals, it was also used to prosecute them. On 25 October 1968, Ministers of Parliament (MPs) amended the act to prohibit racial discrimination in housing communities and landlords charging higher rent based on race. Nevertheless, it was subsequently repealed and replaced with the Race Relations Act of 1976, which stated that all activity that discriminated based on race was an offense. In addition, the government created a Commission for Racial Equality in order to combat the rise of racial tensions and protests on the part of Black communities. On 1 October 2010, the 1976 act was repealed and replaced by the Equality Act The purpose of this act was to consolidate all previous acts barring discrimination into one piece of legislation, simplifying the act to ban all forms of discrimination within the United Kingdom, including gender, race, and sexual discrimination.

During the 1960s, Black Britons constantly endured dangerous and targeted racial discrimination, not only by radical right-wing individuals but also by police and the public. African-British students were forced to endure prejudice and navigate double-standards and racism while they pursued education and fight for equality.
On 9 June 1973, during the annual fireworks display at Brockwell Park in Brixton, a white man was fatally stabbed during the festivities at a crowded fish-and-chip shop in South London. By the time the police arrived, a large crowd had gathered and became agitated. The police immediately identified and began to beat two black men in the crowd: Horace Robinson, a nineteen-year-old youth worker, and Lloyd James, an eighteen-year-old attendee at Parkinson’s Youth Club.

The crowd began to throw bottles and stones to protest the treatment of the young boys by the police. The police called in reinforcements and eventually arrested Robinson and James, along with fourteen-year-old Robin Sterling, a student at Tulse Hill Comprehensive. Officers severely beat them and charged them with assaulting police officers and carrying offensive weapons. No one was charged in the stabbing of the individual that started the entire incident. On 9 March 1974, a Judge ruled Robinson, James, and Sterling guilty, sentencing each of them to three years in prison.

The three young men came to be known as the Brockwell Three. On 20 March 1974, community leaders held a meeting, led by Jamaican Community organizer Courtney Laws. She advocated to bring the community together to protest the arrests and to secure legal representation for the three. Two weeks later, on 27 March, the Tulse Hill Students’ Collective organized a meeting comprised of 70 children aged 9 to 17. This meeting marked the inception of the Black Students Action Collective (Black SAC). With help from community leaders, the students planned a march from Brockwell Park to Railton Road, one of the key centers of black settlement within Brixton.

On 30 March, over 500 protestors led by students from Black SAC marched to Railton road and held a public meeting to spread information about the case, resulting in a greater show of support by the community for the protestors as well as the Brockwell Three. Noting the success of the public meeting on 30 March, Black SAC organized another student march in collaboration with the National Students Union on 3 April. The march gained the support of over 1,000 students and young black residents of Brixton. The marchers intended to pass the police station, Tulse Hill Comprehensive, and eventually conclude at Brockwell Park. When participants reached the park, they met with Paul Stephenson, leader of the 1963 Bristol Bus Boycott and community organizer. Along with two members from Black SAC, marchers left to deliver a letter of protest to the House of Commons and speak with David Ennals, the Labor Party Minister of State.

An anonymous student, who took part in the 3 April march released a statement that read:
“We marched along Camberwell New Road to the courts where The 3 had been convicted. ... From the courts at Camberwell, the march proceeded on to Brixton police station where The 3 were taken after their arrests. There as all along the route we chanted, “Free, Free The Brockwell Three!” The march then went up to Tulse Hill School where we encouraged scores of boys to scale the school’s fences and walls to join us. ... Our Bredren [sic] and the youngest of The 3 was released on appeal. We heard that before quashing his sentence, the presiding judge asked the prosecution if they really expected him to believe that the slightly built boy stood before him was really responsible for single-handedly beating and invaliding an experienced 17 stone police officer out of the force.”

The protests gained publicity and more support from the community on behalf of the Brockwell Three. On appeal, the court released Sterling and Parkinson, who both served a year in prison. James, however, was not released and was forced to serve one more year in prison. Student-led and initiated protests began to become more common following the success of Black SAC. While the government passed no new legislation , the Black community became more vocal about excessive and violent policing. At the 50 year anniversary of the Race-Relations Act, income inequality has grown and opportunities are still limited for professional and educational advancement for Blacks.

I tried finding photos of the march, but all the ones I could find were owned by a stock photo seller. 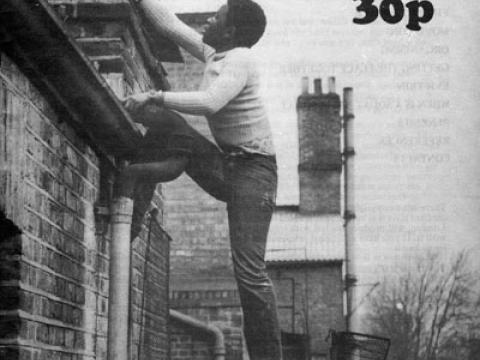 The story of the first successful squatters of private property in Lambeth. In 1972, Olive Morris and Liz Turnbull, both members of the Brixton… 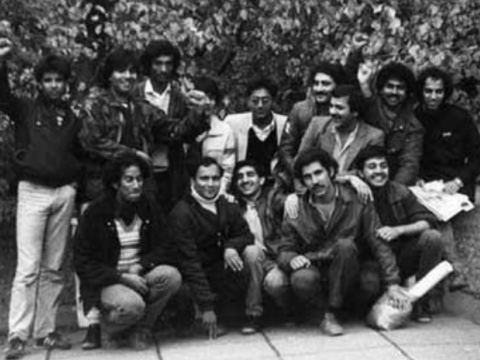 Excellent study into the politics of the Asian Youth Movements, groups of radical working class…