Tensions between the population of the island group and their appointed Governor led to months of protests demanding the removal of the governor.

British subjects on the Turks and Caicos Islands demand the removal of their governor, 1996

Turks and Caicos is a British Territory of 8 islands in the Caribbean with a formal population of approximately 15,000, mostly descendants of African slaves. England appoints a Governor to the island for a minimum of three years, but the islands also have their own local government, a legislative council of 13 ministers. Because of their geographic location, the islands are a convenient stop in drug smuggling to the United States. The drug trade through the Islands climaxed in 1985, when U.S. authorities caught a native official bringing drugs to the United States.

In February of 1996, a local jury acquitted four prominent Islanders of drug smuggling charges. The verdict caused much local celebration, as many Islanders viewed it as a triumph of blacks over whites and imperial subjects over imperial rule. That same month, Governor Martin Bourke, in an interview for a publication of the offshore financial industry, said that the island faced corruption, police incompetence, rising crime rates, drug trafficking, and drug addiction.

On Wednesday, February 21, 1996, the Legislative Council of the Turks and Caicos Islands, with the support of both major political parties, sent a nine-page petition demanding the recall of Governor Martin Bourke. Petitioners and the ministers attempted to deliver the petition to the Governor’s home on Grand Turk, but found police blocking the entrance. They managed to get by, and demanded that they see the Governor. At first, Bourke refused to see more than two ministers, as they had no appointment, but after approximately 20 minutes, he came outside and accepted the petition. British authorities later viewed the manner in which protesters got through the police barricade as violent; although the protesters did push their way through, it does not appear that they used strong force or hurt any of the officers, and police and demonstrators got together later for sodas and a game of dominoes.

On the same Wednesday, 300 people attended a meeting on the central island of Grand Turk, and the next day, another 500 attended a meeting on the island of Providenciales. The local government had scheduled these meetings to discuss the petition they were sending to England. Also in late February and early March, people on the islands held demonstrations and publicly denounced the Governor on a few occasions.

The petition expressed unhappiness at the disrespect the islanders felt Bourke’s interview had shown for the island. They felt that his remarks would hurt tourism and offshore finance, the nation’s first and second sources of money. The islanders were also unhappy with the fact that Bourke had allowed his family to get around customs and had appointed himself an officer of the peace for a few weeks in order to perform a marriage for his brother-in-law. They found such behavior to be “high-handed, autocratic, and despotic,” and generally found that the position of Governor wielded too much power, nearing the amount of power of a dictator. Bourke had also quintupled (to 200) the islands’ prison capacity and prevented a radio station from airing a minister’s protest to this act.

It is notable that, although crime rates rose as Bourke said, they remained the lowest in the region. The 40% increase in crime meant a total of 14 burglaries and 2 armed assaults. Many islanders felt that this was not cause for the Governor to criticize the rising crime rate, especially since such news would hurt the local economy.

Among the demands in the petition, ministers did not ask for independence, although some islanders may have wanted that. Although ministers wanted a change in the way England appointed governors, they did not want freedom from British rule. This may have been partially due to the fact that the Islands depended on England for 20% of their budget.

On March 1, Governor Bourke appeared at a ceremony in a library with a bodyguard accompanying him. Chief Minister Derek Taylor verbally condemned the action, saying it was needlessly provocative.

On March 2, shadow overseas development minister George Foulkes in Great Britain said that the accusations in the petition merited serious consideration and investigation. He further suggested that the Foreign Office reconsider their method of appointing governors, which he found to have an overly colonialist attitude.

By the middle of March, the Islanders had stopped calling Bourke “Governor.” Newspapers carried headlines demanding that Bourke leave. In early March, demonstrators discovered Bourke getting on an early morning plane to the United States, and started screaming “Bourke must go” at him.

On April 1, six of the islands’ ministers went to the Foreign Office in England to request Bourke’s removal. They gave the petition to a Foreign Office Minister there. On April 2, the Office rejected the petition, saying that they found the accusations to be groundless, and that, on the contrary, Bourke was doing a good job as Governor. They added that they would not hear any future demands, which might include violence or the threat of it. However, information that emerged later suggests that the Foreign Office and the ministers reached a compromise in the meeting, insofar as England agreed not to renew Bourke’s term when it came up for renewal in September. It is possible that they did not make this offer until later in the campaign.

It is unclear why the Foreign Office felt that the ministers had threatened violence. It may have been in reference to the brief altercation between petitioners and police on the 21st, when they attempted to give Bourke the petition. However, local politicians Taylor and Misick guaranteed that the struggle would be nonviolent.

Within the next two days, England had sent four reinforcement police officers to the Islands, whose police force traditionally had 130 officers. They also sent the warship H.M.S. Brave to the area. Although they denied that it was connected to the campaign on the islands, they nevertheless moored the heavily armed ship close by, where it could easily help support Bourke. They also called 100 police officers from nearby Manchester and told them to be prepared to go to Turks and Caicos if necessary. Governor Bourke said that he was scared for the safety of himself and his wife, saying that violence would not surprise him.

Within a week, the ministers implied in a signed statement that they would not cooperate with Bourke for the remainder of his term. However, the statement also hinted at a compromise with the Foreign Office not to renew Bourke’s term. The main purpose of the statement was to condemn Bourke for suggesting that the campaigners had threatened violence, saying that it was false and conniving.

On April 15 or 16, the ministers responded to the warship’s presence, demanding that England withdraw what they saw as a threat of military intervention. They also asked that England compensate the Islands for any money lost in tourism or finance as a result of the negative image and publicity Bourke had caused.

On April 17, Sir Nicholas Bonsor, the Foreign Office’s Minister of State came to Turks and Caicos. He confirmed both that he would not remove Bourke immediately and that the Foreign Office would not renew Bourke’s term in September, finding any demands beyond a failure to renew unreasonable. Bonsor also acknowledged that they had sent the H.M.S. Brave in case of violence, but denied that it was itself a threat of force.

Minister Taylor articulated that Bourke was not the only issue, but that the larger matter of the Islands’ relationship with England was at stake. Particularly, Taylor thought it was probably wise to revise the appointment process, because he thought British officials treated the position of Turks and Caicos Governor as a less serious post, where people could enjoy themselves and do largely as they pleased with their power. Taylor thought that they should reexamine the appointment process itself to ensure the selection of governors that took the position seriously. However, this cause of unhappiness was not a goal or demand of the campaign.

By early May, the Ministers had refused to attend any meetings that Bourke was chairing. By June, the ministers’ refusal to cooperate with the Governor had halted virtually all government work on the islands. However, by this point the ministers had effectively won their primary demand. Although England had refused to remove Bourke before the end of his term, they had made clear by early May that they would not extend Bourke’s term beyond September, when it was set to expire. Of the last four governors, Bourke was the first not to serve beyond the minimum term of three years; the Foreign Office tended to renew governors appointments.

In October, England appointed a new Governor to the Turks and Caicos Islands.

Associated Press Worldstream. February 23, 1996. International news. “The local government of this British territory has requested the recall of its governor, saying he has insulted the people of the islands and abused his position.” Lexis Nexis, 15 March 2011.
Binyon, Michael. “Islanders tell Rifkind to remove Governor.” February 29, 1996. The Times, Overseas news. Lexis Nexis, 15 March 2011.

Greve, Frank. “CHAOS IN THE CARIBBEAN / PAST BRITISH GOVERNORS OF THE TINY TURKS AND CAICOS ISLANDS WERE FIGUREHEADS. NOT MARTIN BOURKE. HE'S RULED WITH AN IRON FIST, BAD-MOUTHED THE LOCALS. NOW THE ISLANDERS WANT HIM ON A SLOW BOAT BACK TO LONDON.” March 16, 1996. Akron Beacon Journal, WORLD; Pg. A2. Lexis Nexis, 15 March 2011.

Associated Press Worldstream. April 02, 1996. International news. “Britain angrily rejected a petition on Tuesday from the government of one if its Carribean territories to recall its governor, saying comments Turks and Caicos legislators called insulting were in fact ‘open and honest.’'' Lexis Nexis, 15 March 2011.

BBC Summary of World Broadcasts, April 9, 1996. Source: Cana news agency, Bridgetown, in English 2026 gmt 8 Apr 96. “The chief minister of the Turks and Caicos Islands, Derek Taylor, and the leader of the opposition, C. Washington Misick, have said in a statement that the British government's refusal to accept a petition to remove the governor of the islands has produced "a sad and difficult state of affairs" , because they would be compelled to work with someone in whom they have no confidence and who probably has no respect for or confidence in them.” Lexis Nexis, 15 March 2011.

Associated Press Worldstream, April 09, 1996. International news. “A British warship and extra police officers have deployed here, in response to a row over the new governor's comments that this Caribbean territory is unstable and lawless.” Lexis Nexis, 15 March 2011.

Davison, Phil. “Our man in hot water; When the British governor of the Turks and Caicos Islands claimed drug trafficking was rife it was the last straw for locals.” April 15, 1996. The Independent,

Faul, Michelle. Associated Press Worldstream. June 25, 1996. International news. “When the water turns from deep blue to shallow green, the Haitian refugees are told to scramble out of the boat and make sure they have dollars for the bus ride to Miami.” Lexis Nexis, 15 March 2011.

There isn't much from a working class perspective in this account, but I added it because I think its important to keep in mind that there are quite a few places around the world where the British and French Empires never really went away.

The article doesn't make it clear but Martin Bourke like most overseas Governors is white and British, and was parachuted into the office with a lot of unilateral power with no real check or balance by the local population. This is true of most overseas territories. 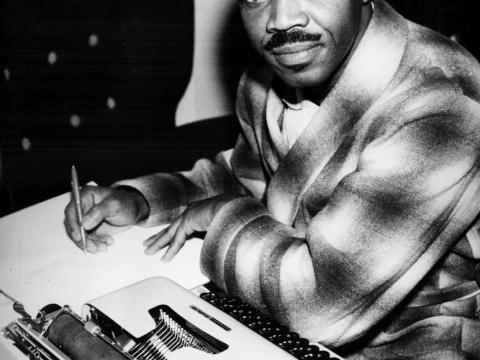 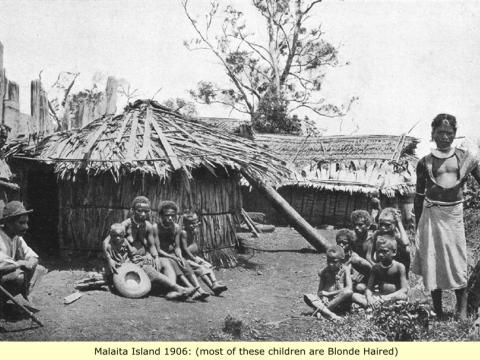