Cable company NTL will tomorrow announce a jobs cull, axing almost a third of its British workforce as it pushes for £250m in annual cost savings from its £3.4bn merger with rival Telewest.

Around 5,000 jobs are expected to go from the combined company's workforce of 17,000 over the next few years.

The company is expected to outsource many call centre positions in a move likely to anger unions about the ease with which big business can abandon British workers in favour of cheaper overseas labour. NTL already has deals with Fujitsu and IBM to deal with customer care through staff in India and South Africa. IBM, for instance, deals with customer service for NTL's broadband offering.

The combined NTL/Telewest has eight call centres dotted across the UK. In the company's strategic update alongside first-quarter figures tomorrow, NTL is expected to announce the closure of several of these centres plus Telewest's headquarters in Woking, Berkshire. Some staff will be offered positions in NTL's head office at Hook, Hampshire.

News of the job losses is likely to unnerve people working for Virgin Mobile, Sir Richard Branson's mobile phone business which NTL is in the process of buying. The company has an extensive call centre operation in the Wiltshire town of Trowbridge and has won plaudits in the past for its customer service. Its merger with NTL will not be completed until July 4 and Virgin staff are not part of tomorrow's jobs cut plan, but the fact that thousands of their colleagues are to be axed is unlikely to do anything for morale. There are also concerns that the company will pare back its engineers who are crucial if the business aims to compete properly against the likes of BSkyB and BT. BSkyB, for instance, is preparing a push into the broadband market while BT will later this year launch its own TV service.

Union leaders are also likely to point out that slashing call centre staff when NTL and Telewest desperately need to improve the quality of their customer service might be unwise. Investors, however, are likely to welcome any attempt by NTL to improve its financial health. The company still has £5.7bn of debt. 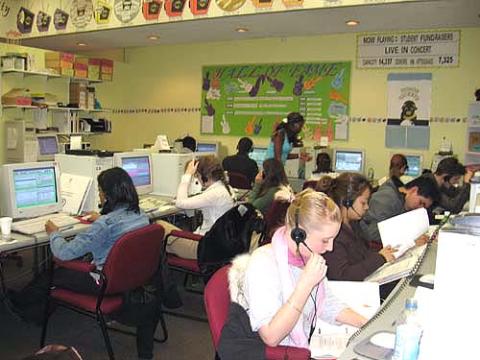 Article on the growth of call centres and struggles within them, focussed on Brighton in the UK.
Image 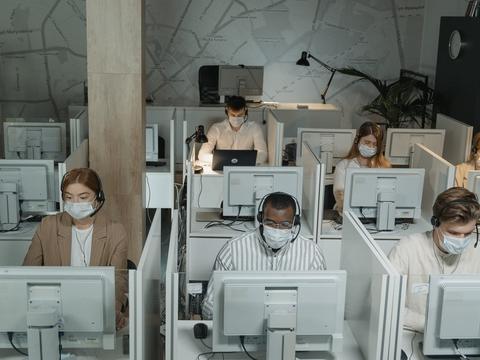 Fight Like Hell for the Living: A Year of Struggle in UK Call Centres

After a year of disruption, reorganisation and loss in the UK’s call centres, this article surveys…