Fight Like Hell for the Living: A Year of Struggle in UK Call Centres

After a year of disruption, reorganisation and loss in the UK’s call centres, this article surveys ongoing developments in call centre workers’ organising and considers the potential for long-term change. This article was first published by Notes from Below.

On April 2nd 2020, less than two weeks after the first national lockdown began in England, a worker at Virgin Media’s Manchester call centre died from COVID-19, prompting a flurry of reports that staff were being made to carry out non-essential tasks in unsafe conditions. Days later, remarkably similar complaints followed another death, this time in the South Yorkshire call centre of the outsourcing company Capita. Across the UK, call centres emerged as incubators of the disease, which could then take root amongst workers and subsequently spread through working class communities. Even the NHS’ non-emergency call centres and outsourced test and trace services - key aspects of the state’s response to the virus - saw life-threatening conditions imposed on workers.

While call centres are experienced from the outside as distant and disembodied - as the abstracted voice of a single worker representing a company’s entire apparatus - their working reality is intimately physical, often to an unpleasant extent.

As in other offices, hotdesking is standard practice as a means of cutting costs, meaning that each workstation and its equipment is shared. They tend to be open plan, designed to fit as many workers as possible while allowing movement across the call floor so that managers can share advice and ensure surveillance. Often, they are based in sealed buildings with ventilation systems that recirculate air, including any viral droplets whose mobility can be increased through airtight ducts. In this environment, the constant talking that characterises the job makes respiratory transmission all the more likely, regardless of how much hand sanitiser is provided.

Serious health and safety concerns are not new to call centres, where increasing numbers of workers have found themselves crammed in as communication work has expanded. But COVID-19 has made the effects of poor standards more immediately tangible. A survey of 2,760 call centre workers by Professor Phil Taylor found that large numbers are terrified of the viral spread made possible by day-to-day conditions in their workplaces. Many reported a total lack of social distancing measures, 89% worried that they would spread the virus from their workplace to friends and family. Vague government guidance on what tasks are considered ‘essential’ saw such workers as salespeople and those responsible for cancelling streaming subscriptions denied the opportunity to work from home.

What makes this situation all the more dire is the common absence or weakness of organised labour in many of the UK’s call centres. In Portugal, similar concerns saw union-backed strike action at the outset of the pandemic, developing innovative virtual strategies for mobilisation and forcing multiple employers to concede to demands for home-working. In Brazil, while unions were accused of doing nothing to challenge employers, workers took it upon themselves to act in waves of wildcat walk-outs, which achieved multiple shutdowns.

We have seen no such open militancy in the UK, even when it has been desperately needed. Unfortunately, the emergence of call centres as huge sites of employment in the 1990s coincided with a period of overall retreat for Britain’s unions, locked in battles to defend post-war era recognition agreements in traditional industries at the expense of organising workers in newer workplaces. Subsequently, unions have been slow to adapt to the particular conditions of call centres: the second-by-second surveillance, the weaponisation of competition between workers through targets, the obfuscation of traditional workplace hierarchies, and the often militant hostility to unionisation. This is especially true of the private sector, but public sector communication workers increasingly find themselves subjected to the same measures in efforts to ensure efficiency and cut costs.

The last year has been one of increased risk and tragic loss in this already unsafe industry, but there are signs of hope in the emergence of vital and promising organising efforts.

In response to Phil Taylor’s findings, the Call Centre Collective has launched in Scotland as a network working across unions and workplaces. Supported by the Scottish Trades Union Congress (STUC), the Communication Workers Union (CWU) and the Better than Zero precarious workers’ campaign, the Collective aims to create a space for call centre workers to organise for improved conditions in the long-term, as well as articulating immediate, COVID-specific demands.

Their approach is urgently necessary, addressing problems which I have written about previously, such as the difficulty of simply deciding which union to join in call centres with no pre-existing union presence, the need to put workers from different call centres and unions in touch with each other to share experiences and advice, and the underexplored potential of building solidarity across supply chains.

The Collective has already had some success through the recommendations of Phil Taylor’s report, ensuring that roving union reps are able to visit non-union workplaces and conduct health and safety assessments in Scotland. While growth is difficult in circumstances where physical communication - like leafleting at workplace entrances - is necessarily limited, they have held a series of webinars introducing and training new participants.

New demands and strategies are emerging through the Collective, particularly as working from home becomes a potentially long-term reality for many. As members of the Collective discuss in this webinar, home-working raises concerns around who pays for internet access and other bills while workers are on the clock, how to ensure welfare when workers are so starkly separated from colleagues, and accommodating divided preferences between those who wish to stay at home and those keen to return to the office when safe - issues that can all be leveraged as demands. Phil Taylor is currently running a second survey, gathering experiences and perspectives on home-working that can be drawn on in future campaigns. To ensure the visibility and longevity of the Collective, more unions need to put their weight behind it, while respecting any rank-and-file actions and initiatives that emerge.

Taking a similar approach to organising across unions, the Sorry to Bother You: Sheffield Call Centre Workers group formed in 2019, leafleting at local centres and holding public events. Operating without any official union support, they are supported by former call centre workers and external organisers involved in a wave of organising campaigns in the city. In 2020, the group launched its own survey to gain a wider understanding of often-concealed conditions.

Turning to the more conventional form of struggle through the single union, in November the CWU held a consultative ballot for strike action at telecom companies EE, BT and Openreach, having gained a recognition agreement at mobile network operator EE in 2018 following an ambitious recruitment drive. Their campaign saw a successful mobilisation of members despite the pandemic circumstances, with a 74% turnout and 97.9% vote in favour of strike action, responding to long-term efforts to push down conditions, impose redundancies and close operating sites. If it happens, this strike could be the biggest amongst call centre workers in the UK’s history.

Other, scattered instances of resistance took place in 2020 - such as a threat of strike action at a Liverpool housing association, a walkout at a supermarket call centre over redundancies, and doubtless many unpublicised actions - but the key difference in the above projects is that they create organised associations through which struggle can be articulated, coordinated and sustained over long periods. This is a crucial step in the political recomposition of the workforce, fostering collective consciousness, potentially facilitating far-reaching action across multiple call centres and unions.

Such efforts are long overdue. Call centre workers answering or making calls for the same company will often find themselves divided by multiple layers of outsourcing, and centres with union presence will often have multiple unions representing different kinds of staff. Other, newer industries - such as platform delivery and private hire driving - have already seen cross-workplace associations launch and coordinate demands, campaigns and strikes.

Emerging at such a tumultuous time means that call centre-focused projects will have to respond to rapid and dramatically changing conditions as they try to establish themselves and grow. While the move to home-working temporarily disrupted the way call centres operate - such as by reducing surveillance capabilities and forcing less stringent targets, at least at first - employers are now finding ways not just to adapt, but to intensify exploitation in this altered terrain.

Literature aimed at managers gives us glimpses of what to expect. Surveillance is being extended to the home in disturbing ways, including through the use of webcams, screen monitoring, and potentially through speech and facial recognition software, allowing managers better to assess workers’ enthusiasm and empathy during calls. In Phil Taylor’s survey, 28.4% of workers felt that targets were just as stringent as they had been before the pandemic, and any earlier reductions in enforcing targets have likely been reversed by now.

Ultimately, from the perspective of capital, many call centres are expensive inconveniences, necessary to respond to consumer demands for personalised service. Some of the more enthusiastic corners of the employing class are already talking about using the pandemic to shift the majority of their customer services to AI chatbots and on-site search functions, raising the possibility of struggles over job losses. This is, of course, optimistic on the part of employers. Inbound calls to companies increased dramatically over the past year as face-to-face services shut down. Job creation, rather than loss, has been the result in some centres. Nonetheless, the likelihood that COVID-19 will be used as an excuse for redundancies and worsening conditions remains strong.

While emergent efforts at call centre workers’ organising face difficult challenges, that does not make them any less necessary. The struggle that workers now face is not merely an economistic one over pay, nor over specific working conditions that can seem pointless to younger workers passing through call centres. It is a struggle over life and death in workplaces that have long been unsafe and are getting worse. In the face of shameless neglect by employers, dedicated and militant organising has to be the response.

Pray for the dead.
Fight like hell for the living - Mother Jones

Professor Phil Taylor’s ongoing survey on working from home can be found here.

The Sorry to Bother You: Sheffield Call Centre Workers group can be contacted through their Facebook page.

The Sheffield group’s survey of call centre workers can be found here.

The last year has been one of increased risk and tragic loss in this already unsafe industry, but there are signs of hope in the emergence of vital and promising organising efforts. 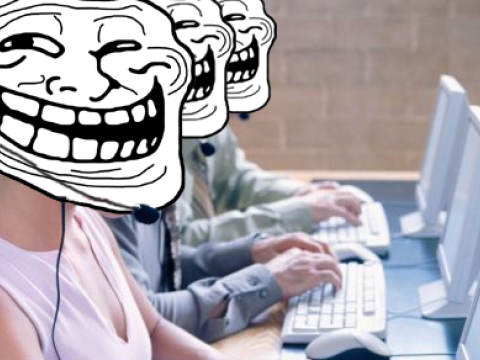 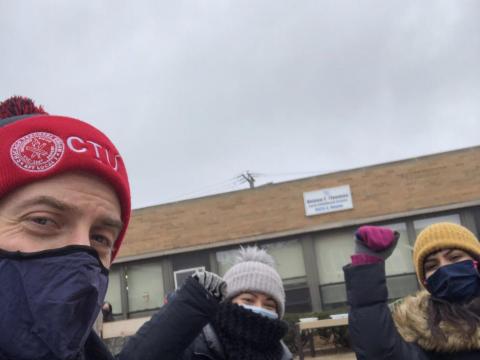 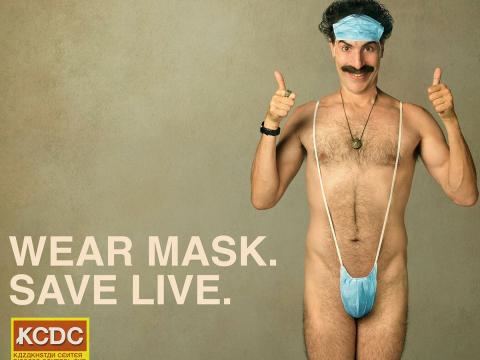 During 2020, we interviewed two dozen fellow workers about their experiences of work during the Covid-19 lockdown. We spoke to nurses, postal… 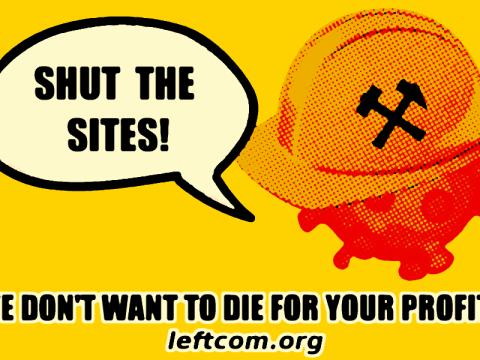