65 Years of Revolution - the Anarchist Federation of Uruguay

An introduction to the history and ideas of the Anarchist Federation of Uruguay by Oliver Zuzenko of Anarchist Communists Meanjin.

From the 27th to the 29th of October the Federación Anarquista Uruguaya – FAU celebrated the 65th anniversary of its founding. The FAU developed the theory of Especifismo, a strategy for anarchist communist organising that strongly influences Anarchist Communists Meanjin. During its existence it has played a significant role in union organising, international political discourse and resistance to dictatorship. To introduce this organisation, its history and ideas to an Australian audience I have written this article.

The Río de la Plata region, which includes parts of Uruguay, Argentina, Brazil and Bolivia, came into contact with anarchism through European migrants. Errico Malatesta, the famous Italian anarchist, spent four years there and had an enduring influence on the region. Uruguay was among the few countries that retained anarchism as a mainstream ideology in the labour movement after the Bolshevik party gained control of the Russian Revolution. After the defeat of the CNT-FAI in the 30’s, however, membership of anarcho-syndicalist unions began to dwindle. Coming out of World War Two, Uruguay had a prosperous economy that warranted it the name “the Switzerland of Latin America”. This was due to its export of agricultural products to the Allies in World War Two and the Americans in the Korean War. With the end of the Korean War and no large standing armies to feed, the global agricultural industry took a downturn. The golden age of Uruguay came to an end during the mid-50’s. This was accompanied with a rise in labour and social unrest. It was in these conditions of economic depression and an anarchist presence in the labour movement that the FAU was created.

The FAU was founded in Montevideo in 1956 with a broad array of people and groups. It included students, unionists, intellectuals, community organisers and a section of Spanish exiles who fought in the civil war. They went to work in adapting the theories of Bakunin, Malatesta, and anarcho-syndicalism, among others, to their changing local circumstances.

The same year, 150,000 marched off the job in solidarity with striking workers of the FUNSA tire factory. Throughout the strike and afterwards the FAU worked with unions to create a less sectarian movement. Unlike Australia, the union movement in Uruguay was organised around political lines. You had union groupings of anarchists, communists, moderate socialists, christian democrats, scab unions and right-populists. The FAU saw this as dividing the working class. They thought that by being in a broader mass organisation the working class was more powerful and less susceptible to organised scabbing. In this way they stepped away from orthodox anarcho-syndicalism which advocated for separate ideological unions. This would culminate in the founding of the National Convention of Workers (CNT) in 1964. From its inception the FAU was active in the labour movement and pushing for a more united working class.

The first controversy arose over a divide in 1959 around support for the communist revolution in Cuba. One side made up primarily of fine arts students and medical professionals decried the revolution. The other side had a position of critical support for the Cuban’s. A split occurred in 1963 as the anti-Fidelista groups left citing Cuba’s drift towards the Soviet bloc as an unforgivable crime. The group that stayed was critical of Castro and his government but championed the popular movement that overthrew the Batista dictatorship. They also had a positive outlook on the effect that the Cuban revolution had on the non-anarchist left. Communists across Latin America were beginning to see a path to socialism other than the electoral one universally espoused by Moscow-aligned communist parties at that time. After the split the FAU strove to have a more unified idea of what it meant to be an anarchist and how the organisation was to act.

Another effect that the Cuban revolution had on Latin America was a change in the United States foreign policy in the region. In the aftermath of WWII, the US was involved in training Latin American militaries and signing mutual defense agreements as a means of curtailing Soviet influence in the region. After the Chinese, Vietnamese, and Cuban revolutions it became increasingly clear that the spread of the ‘red menace’ wouldn’t come from military intervention but from homegrown revolutions. In 1961 president John F Kennedy ordered that the now-infamous School of the Americas change its curriculum from preparing for invasion to anti-communist counter-insurgence. The lasting effects of this policy would be that Latin American militaries would become more right wing and would seek political power to “protect” their citizens by taking away their rights. There was a wave of coup d’état’s across Latin America. Brazil in ‘64, Peru in ‘68, Chile in ‘73, Argentina in ‘76 and Uruguay in ‘73 are just some of the countries that fell to US trained military officers. The growing anti-communism in the military was something that greatly affected the FAU.

Tightening economic pressures, growing support for guerrilla war among Latin American leftists and increasing government repression lead the FAU to a strategy of urban guerrilla warfare. They helped form a coalition of leftist groups to expropriate food from multinational corporations for Uruguay’s poor. Eventually, however, the FAU would leave the coalition over differences in strategy. While the other groups followed the Guevarist tendency of building guerrilla armies to confront the government, the FAU chose to follow a strategy similar to the defense councils organised by the Spanish CNT-FAI. The former tendency would go on to form the National Liberation Movement – Tupameros (MLN-T), and though the FAU would collaborate with this group where there was common cause, strategic differences would mean that working within the same military formation was not a possibility.

In the labour movement the FAU found limitations in the CNT due to the strong influence of the Uruguayan Communist Party (PCU). In 1966 the FAU founded the Combative Tendency, a rank-and-file alliance that pushed for more militant action and less bureaucracy in the unions. Most of the revolutionary left in the unions participated in the Combative Tendency. This coalition would act as a vehicle for the FAU’s labour work and would cement alliances in the revolutionary left.

In 1967 a series of authoritarian laws were passed. The MLN-T was outlawed. The country was placed in a constant state of emergency. The military was given a far greater role in society. Uruguay entered into partial martial law and civil liberties were stripped away. The laws were seen as a compromise between the government and an increasingly anti-communist military. The revolutionary left formed a daily newspaper Época (Epoch) and increased their activity in the CNT. The Combative Tendency would take a leading role in militant action fighting the military’s involvement in civilian life. Later in that year the groups involved in Época were outlawed. Their offices were raided and their members were forced to go underground. When the FAU moved to reform the coalition in secret all the other groups, with a single exception, were afraid such an action would cause further repression. This would lead the FAU to focus on the CNT and the Combative Tendency.

The PCU had a policy of appeasement with the military. They were hoping that a left-wing faction in the military would aid them in seizing state power, as had happened in the Russian Revolution. The PCU was at this point considered so insignificant by the military, however, that even as the rest of the left faced massive persecution it was left alone. Their non-opposition to the military made the rank-and-file of the unions they controlled look to the Combative Tendency for leadership. The FAU was able to capitalise on the PCU’s inaction by convincing their base in the unions to take more radical action.

The FAU believed that rather than a militarised minority overthrowing the government, the only way that socialism could be built would be through the action of the working class. They saw the danger of an armed minority suppressing and controlling the social movements like in Cuba. They thought that the main reason for guerrilla action should be to protect and empower the union movement. Unions were increasingly coming under attack by the police, the military and neo-fascist gangs. The FAU held an underground congress where their own armed wing OPR-33 was formed. OPR-33 was designed in a different manner to other guerrilla groups in the region. Individual guerrilla cells had control over how they could carry out assignments and had the autonomy to decide which actions they wished to engage in. Assignments were decided on by the FAU, which looked for union struggles that needed armed assistance. As the capitalist class was bringing in armed groups to defend their interests the workers needed an armed group to defend their interests.

The FAU would continue its resistance to the military. The PCU continued to hold the movement back with their policy of non-confrontation. The period between 1967 and 1973 saw a massive increase in military power and funding. The MLN-T was almost entirely smashed by the military. With the MLN-T defeated and the PCU content with appeasement , the military saw that their main opposition was unable to stop them and launched a coup d’état. The FAU convened and decided to move their operations to Argentina. The CNT launched a 15 day general strike which paralysed the country. Actions after this were hampered by the PCU, which still wanted to compromise with the military. The FAU would work in the resistance movement moving between Argentina and Uruguay until 1976.

In 1976 Argentina would fall to a coup d’état. FAU militants were trapped on a continent full of right-wing dictatorships. During the US’s Operation Condor, dictatorships across Latin America coordinated to kidnap, torture and murder leftists. Across the continent between 60,000 and 80,000 leftists were killed and more than 400,000 were placed in political prisons. FAU militants were also subjected to the brutality and many were killed or spent time in prison being tortured. This repression led to the disruption of the FAU’s networks in Uruguay.

After the fall of the dictatorship in 1985 anarchist militants returned to Uruguay and reestablished the FAU. The Uruguay they came back to was a completely different landscape to the one that they had left. They were a fraction of their former membership and their networks in the working class were smashed by the dictatorship. The FAU was helped by the international anarchist community to regain stability. Their theory, known as Especifismo, spread across Latin America. The first new Especifist federation to be formed was in a neighbouring region in Brazil and is called the Gaucho Anarchist Federation. The new perspectives of anarchist organisation spread across Brazil and Latin America. This influence has spread globally, inspiring groups in the USA, Ireland, England, France, Italy, Germany, Greece, Catalonia, Switzerland, South Africa, Turkey, Aotearoa (New Zealand) and so-called Australia. These days the FAU are working to rebuild their presence in Uruguayan working class politics and are active in the unions and social movements.

We at ACM salute the FAU as trailblazers in anarchist theory and practice. We wish their next 65 years to be successful. Who knows? By then we might be at our shared goal, Libertarian Communism. 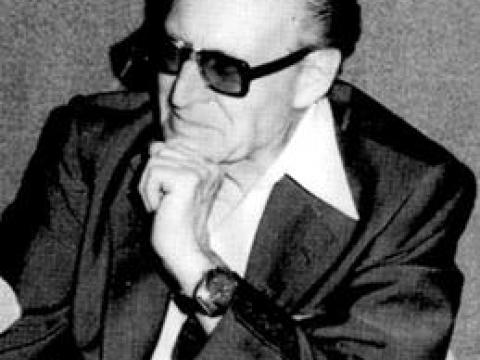 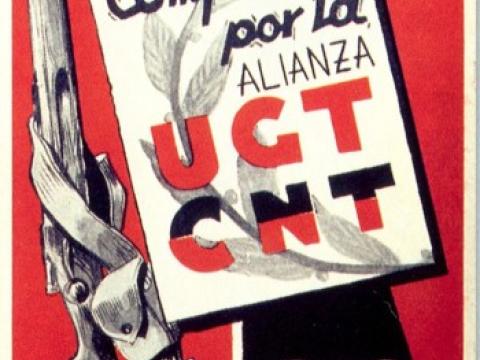 Anarchy and its Allies: The United Front and Groupings of Tendency 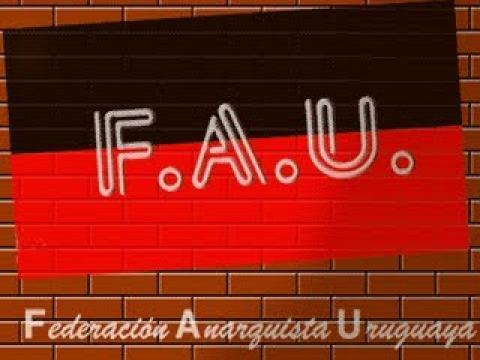 2001 interview with the co-founder of the Federación Anarquista Uruguaya (FAU). From the pamphlet …

A review of the Kate Sharpley pamphlet on the Uruguayan Anarchist Federation during the dictatorship, taken from the magazine of the Solidarity Federation.