Against the metaphysics of scarcity, for the practical copiousness - humanaesfera

A reply to the following objection: "The abundance (overcoming scarcity) is impossible since we live in a world with limited resources, not only economically, but physically, so overcoming scarcity is a metaphysical, absurd demand, which requires a complete automation of the infinite universe to deliver to each individual, raised to the status of a god, every whim and arbitrariness."

"The abundance (overcoming scarcity) is impossible since we live in a world with limited resources, not only economically, but physically, so overcoming scarcity is a metaphysical, absurd demand, which requires a complete automation of the infinite universe to deliver to each individual, raised to the status of a god, every whim and arbitrariness."

This objection interprets "abundance" as a metaphysical, solipsistic, theogonic, psycho-totalitarian category. It's like talking about "freedom" abstracting from material, specific, social and historical relations, taking "freedom" as an entity that exists only in a transcendent world and identifying it in our world with nonsense, impossibilities and aporias. It's as if in practice it was always a name to disguise slavery (logically, the conclusion is realism: the slaves must seek freedom by continuing to obey the master because freedom is not a nonsense only in a metaphysical universe that has nothing to do with slavery).

But just as freedom, scarcity and abundance - without metaphysical reveries - are radically concrete things and social relations.

But what matters it is not things found already ready because it makes no sense to automate for the sake of automation; after all, production is nothing more than creativity, multilateral human expression in the world (poetic, rational, playful, culinary, passionate, mathematics, artistic, landscaping...). What matters is to abolish labor: do away with any activity that is so repulsive, annoying and boring that nobody imagines performing it unless in exchange for rewards (salary, money, position, "merit" ...) and under threat of punishment (dismissal, prison ...), that is, under the power of a ruling class (whether bourgeois, such as the particular entrepreneurs in the US and Brazil, or bureaucratic, such as the state entrepreneurs in Cuba and the USSR).

Thus, in a libertarian world (where global productive forces are no longer private property, but freely accessible to anyone in the world who wishes to associate autonomously with anyone to seek to satisfy their desires, needs, passions, projects...), there are people who want something specific, something that may not even exist yet. They make a proposition to the world (something today more than ever doable with telecommunications, information technology, internet ...). Worldwide, the proposition may (or may not) awaken in others the desire to contribute to accomplish it according productive activities to which they are passionate (and not out of fear or blackmail, as in class society and especially in the tyranny called enterprise, whether state or particular). They communicate and coordinate their activities to carry around the world the necessary materials, produce and distribute this production to those who need (all this is today very simple: supply chains).

The resulting production may or may not be sufficient for all who need it. If it is enough, there is nothing to discuss: it is enjoyed freely, without complications. However, If it is not enough, there is the tricky question of "justice": Who has priority?

[Note: in capitalist society this is not a question. Those who have more money to pay have priority. Namely, those who have more command over the creative capacities alienated (sold) of the population, whom the moneyed (capitalist) tyrannize to labor as free of charge as possible for them (surplus labour: longest time at maximum intensity and the minimum wage possible) in order to generate maximum profits for them (surplus value). This population is the proletariat, the class of those who are deprived of all property (thanks to private property, maintained by the state, concentration of armed violence of the owning class), find themselves forced, by the simple need to survive, to sell the only thing they still have - their lives, by offering on the labour market their own human capacities (labour power) as object of consumption, whose use value are the capacities to do whatever the buyer (the owning class) command. Labor: exchange of life for survival. But let's leave briefly to talk about the current tyranny to return to speak of a truly libertarian world, that is communist.]

Since justice is not a supernatural eternal Platonic form ready to bring from a metaphysical realm to apply it here, there is no way to resolve the issue, but with a material democracy on which those involved decide for themselves a criterion of what is just and to prevent someone monopolising what is scarce to force others through threats and promises based on deprivation of others of these scarce goods (making private property reappear) to labor for them (i.e., to buy from them) and restore class society.

Therefore, it is necessary that those involved vote to decide on some criteria which are fairer about what to do with something scarce: raffle, equal distribution, distribution according to the most needy, or according to participation in some specific activity that they consider necessary for all, or even store to support some period of difficulty... (Note: information technology that already exists makes it very easy to provide worldwide ways to vote and debate for the involved people).

The ideal, of course, is that we overcome the scarcity of each product, so that there is enough for everyone who needs it and so that it is not necessary that democratic complication between work and enjoyment. Probably, as no one wants to be in need (and the complications that scarcity involves are boring), there will always be propositions to overcome the scarcity of each product, and those around the world who are passionate about the means of production, science, machinery, computer, robotics, means of communication ... may be attracted by the proposition, helping create and develop the material conditions for it.

The question about not destroying the natural environment in which we live can only be raised and taken by those involved, from what they themselves consider (by knowledge, science, ethics, technique ...) necessary to do and capable to do. Since there is no "superior" reference point (as the mythological/theological fantasy of a providence called "nature", "Gaia") outside the needs and capabilities of human beings to decide their lives and actions themselves.

Despite what it may seem, this matter is not a futuristic speculation, but a necessity of the proletariat today worldwide. Their old methods of struggle (strikes, demonstrations, occupations, etc.) are today more than domesticated by entrepreneurs/bureaucrats. The latter lose more and more the fear of social revolution and therefore already are for 30 years by removing all the "democratic rights" that states and enterprises have been forced to adopt to prevent communism and anarchy during the previous 50 years (1920 to 1970 ).

Hence, that perspective is a practical necessity here and now: "the overcoming of the strike by a tactic to continue production, but as a free production (gratuitous) for and by the people, suppressing the division employment / unemployment at this time (abolition of the enterprise). Beginning in a city, the diffusion of this experience will be just as passionate (unstoppable), that quickly, in a day or two, will spread through the main cities in the world. The mapping of the interconnection of stocks and flows of world production, becoming increasingly more complete, will allow people to figure out what productions are not suitable for himself, disabling them, and modifying others. Governments and repressive forces had no time to study and coordinate an attack and no longer exist conditions for that, since the production that sustains this condition is in the hands of the population. The soldiers, fraternizing, give weapons to the population and join them. Those who resist have their conditions of existence halted until surrender. In less than a week, the whole world will be under the associated mode of production, communism. Otherwise, the more the global diffusion is delayed, reaching only part of the world, the more the stock is turning over, the more unsustainable (materially speaking and in terms of repression) becomes the communist mode of production. Since more we are deprived of the material that the other part of the world not yet transformed has as private property (state or individual), being forced to exchange (buy / sell) with it to replenish stocks. In other words, the more it is forced, in order to buy from them, to labor for them - being forced internally to reproduce the same capitalist mode of production, with the risk of communism becoming mere ideological cover of a new variety of capitalist exploitation." ( Breve crítica à ideia de economia paralela anticapitalista).

humanaesfera, January 2016
(Translated to English by humanaesfera, with revision by Steven. and Khawaga. The original article in Portuguese: Contra a metafísica da escassez, copiosidade prática)

Sequel: A dissection of the metaphysics of scarcity and Telegraphic communist theory 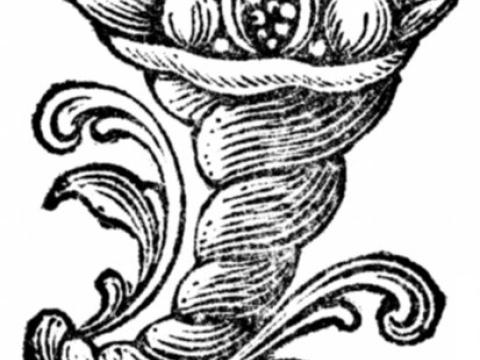 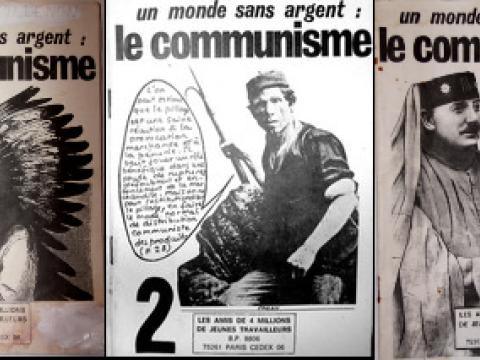